Girl in the Picture 2022 Movie Review
Skip to content 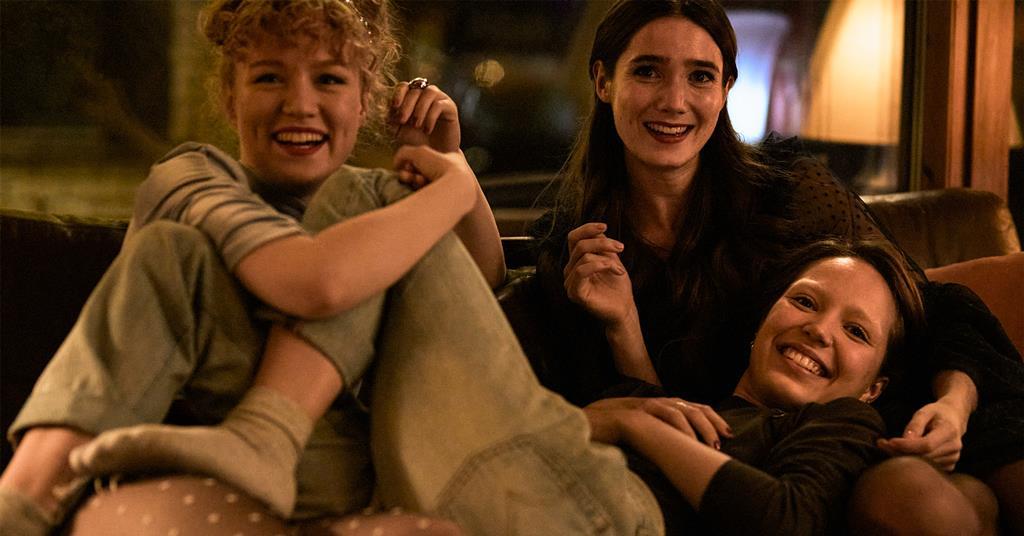 Girl in the Picture, Netflix’s new true crime documentary, is a challenge to director Skye Borgman’s own crown. In 2017, she made Abducted in Plain Sight, an account of the long-term abuse and kidnapping, not once but twice, of Jan Broberg by her parents’ friend and neighbour Robert Berchtold. In a crowded field, the bizarreness of the almost-incredible tale still stood out. If it had been a novel, you would have thrown the book aside as the work of a fool in a fever dream.

But the story behind Girl in the Picture is, if anything, even sadder and stranger, as it traces the deepening mystery behind an apparently simple hit-and-run case. In Oklahoma, a 20-year-old woman is found, groceries scattered about her, by the side of a road, and dies of her injuries – which, it is noted by staff, are quite unlike those you would expect to find on a car accident victim – in hospital soon after. Her much older husband, Clarence, is under suspicion, and their two-year-old son Michael is placed with a foster family. The deceased is identified as Tonya Hughes and her mother is called. When she answers, she tells them her daughter died as a toddler.

The foster family keep Michael for four years, beginning adoption proceedings after two. Clarence – “that mean man,” Michael calls him – fights them for custody every step of the way. Soon after, a paternity test confirms that Michael is not his biological child and parental rights are terminated, Clarence kidnaps Michael from school and the pair disappear.

We hear how FBI agent Joe Fitzpatrick is brought in to try to track them down, and discovers that an attempt to claim Tonya’s life insurance was made by someone called Franklin Floyd. He pulls on that thread, and a 20-year web of deceit begins to unravel. Clarence is Floyd, a convicted felon (including a charge of kidnapping and molesting a four-year-old girl) and a fugitive since 1973.

As the story unfolds, we learn that tracing the true identity of Tonya takes longer. At first, it seems that she is Sharon Marshall. Women who were friends with her in high school recognise her as the charming, “supersmart”, ambitious teenager with a full scholarship to Georgia Tech and plans to be an aerospace engineer they all knew by that name. They also remember Sharon’s weird, strict father. And one of them remembers him raping Sharon as she lay next to her during a rare sleepover at the Marshall home. Sharon comforted her afterwards. “Daddy’s just like that. I’m OK, you’re OK, just let it go.” And so her friend told no one, except Joe Fitzpatrick, when she recognised her poor, abused friend’s face on the news decades later – as well as “Tonya’s” much older husband. More threads pulled on, more misery revealed, more murder, more aliases, more abuse, and by the end you are reeling at the scale of the monstrosity revealed.

The picture referred to in the title is of six-year-old Sharon sitting on her father’s knee with an expression that is indescribable except to say that it should never be seen on a child’s face. Borgman’s greatest service to the story is to keep the victims front and centre – something all modern documentaries claim to do, but which very few genuinely, as here (and in Abducted in Plain Sight), succeed in doing. It felt, by the end, that every possible effort had been made to restore Suzanne Sevakis – Tonya’s/Sharon’s real name – to us, and to the record, and that the person who made it necessary was only there as a distasteful but inescapable part of her story. I have never seen a film less in thrall to a perpetrator, never seen a production succumb less to the lure of the evildoer. Perhaps it is a sign that we need more of these documentaries to be made by women, or perhaps just a sign that we need more of them made by Borgman.

Girl in the Picture is a fine and valuable addition to a genre that collectively if unwittingly poses the question: what might have been done with all the lives, with all the joy and energy stolen by these men, who think they have a right to take whatever they want, use it and destroy it? What might we all do in a world free of them, lived out of the shadows they cast? And how do we get there?