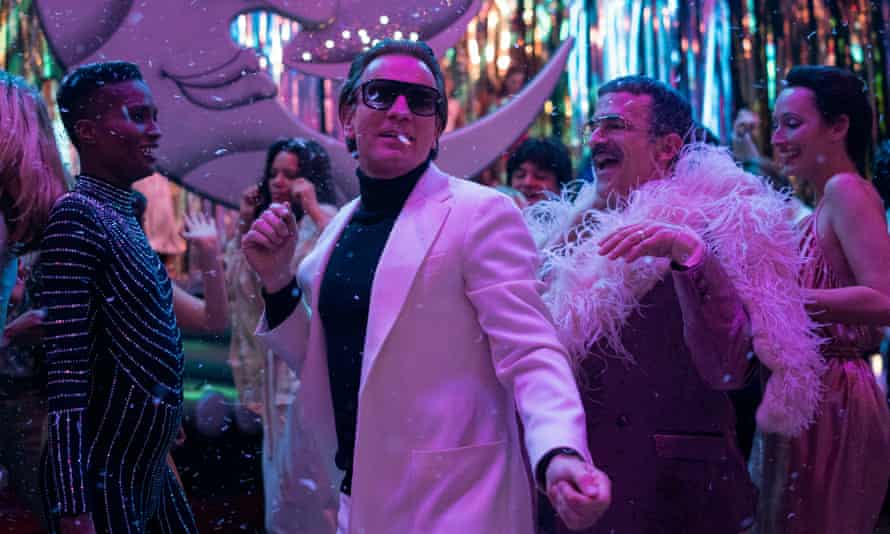 Netflix’s hallmark is stamped heavily on this series that could have been more engaging if it was less predictable.

Despite the storyline claiming boldly that Halston built a “worldwide” empire of fashion, I can assure you that in Europe very few had any idea this guy was a famous US designer during the 70s, and in the following decades the European world of fashion was too busy with local heroes of real worldwide magnitude to be impressed with Halston.

Therefore, Halston’s story could have been even more interesting exactly because he was so unknown to the wide public. It won’t surprise anybody to discover that Halston was gay, as a large number of fashion designers, but to start the narrative with him picking up an Afro American guy in a bar is so Netflix and so derailing the tale from the start. So Halton is trying to launch is career as a fashion designer and he’s mean to his lover, and this is relevant how?

Then Halton eats dinner in a fancy place and just bumps into Liza Minnelli who will be his first muse and finally gets his first collection out and gets a famous socialite to be his patron… but somehow the work part is in the background and the socialising in the foreground… and why McGregor as Halston? Couldn’t they find an American actor to play the part?