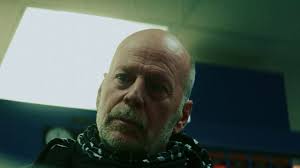 Deadlock, in a lot of ways, defies categories. It’s a gangster film, a Spaghetti Western, a psychological thriller, a noir film, an introspective art piece, and a love story. There are no protagonists, only survivors. Characters come to the table with different agendas, which vary greatly depending upon the situation they find themselves in at any given time. For certain audiences, these revolving courses of action might be tough to follow. After all, how can you relate to a character that’s portrayed as sympathetic one minute but does something reprehensible the next? Yet in a desperate situation, like the one found in Deadlock, who knows what people are capable of? Especially when a large briefcase full of money is involved.

Roland Klick’s Deadlock features Mario Adorf (The Tin Drum) as Dump, a lowlife living out in the middle of the desert with a former brothel operator, Corinna (Betty Segal), and her daughter Jessy (Mascha Rabben), who could very well be Dump’s biological daughter. One day Dump finds a young man nearly dead by the roadside. He has a bullet wound in his arm, carries a machine gun, and has a briefcase full of money. Dump tries to take off with the money and leave him for dead, but the young man, Kid (Marquard Bohm), orders him at gunpoint to help him. The two have a rocky relationship back at Dump’s desert compound, constantly vying for supremacy over the other. Jessy is meanwhile lurking around, taking a personal interest in Kid while annoying her possible father. After Dump removes the bullet from Kid’s arm, he tells him that “Sunshine” will be here soon for both him and the money. Strolling onto the compound, Sunshine (Anthony Dawson) soon arrives and the three men find themselves at odds with each other.

Deadlock was shot by Robert van Ackeren on 35 mm photochemical film using spherical lenses and framed at 1.66:1 for its theatrical release. Subkultur Entertainment has performed a new 4K scan and restoration of the original camera negative and graded it for high dynamic range (HDR10 is the only option here). The image is crisp and organic with heavy grain that’s very well attenuated. Levels of detail are high—every last speck of dirt, grime, and dust is on full display. Textures are appropriately gritty, even sweltering. Blacks are perfect with excellent shadow detail. The color palette offers a surprising range of rich hues when not in the warm, white desert landscape, particularly when it comes to shades of red, green, and blue. The HDR grading really pushes the gamut wide open. The image is also stable and clean, outside of extremely minor speckling which is often difficult to spot. Little else need be said. It’s a gorgeous presentation.

The audio is provided in German or English mono DTS-HD Master Audio with optional subtitles in German or English. (The main menu can also be toggled between German and English as well.) Both tracks are clean with good separation, never sounding distorted or uneven. Dialogue and Can’s music and score are both vibrant and at the forefront of each mix. The sound effects tend to lack a little extra punch in a few places, but machine gun fire and the roaring of Dump’s truck push the single channel audio to its limits.

This release from Subkultur USA (distributed through Vinegar Syndrome) also includes a Blu-ray copy of the film in 1080p. Both the Ultra HD and Blu-ray discs feature extras, but the bulk of them are featured on the Blu-ray.