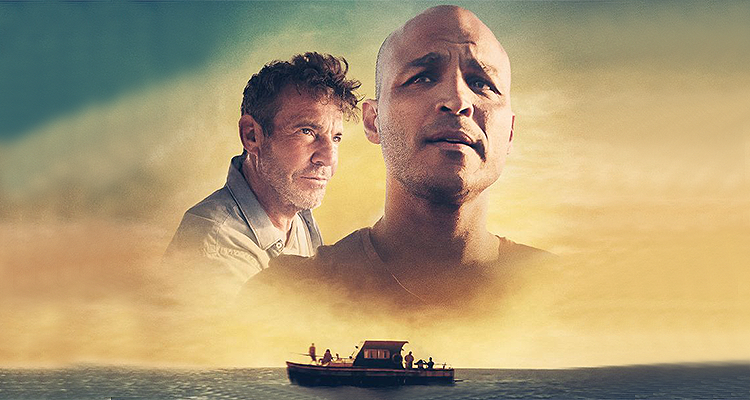 Writer/director Julio Quintana thinks the story on which Blue Miracle is based is so insane that if it wasn’t real, you might never make a film about it. The inspiring film’s one-minute off-camera scenes featurette focuses on the true story of the fishing tournament that saved Casa Hogar.

Netflix’s version of the plot is as follows:

Casa Hogar, a small boys orphanage, is on the verge of going bankrupt, and its owner, Papa Omar (Jimmy Gonzales), is desperate to save it. With any other options exhausted, he turns to a nearby fishing tournament in the expectation of a lucky break. There’s only one problem: he and his boys have never fished before. They partner up with Captain Wade Malloy (Quaid), a former tournament winner, in the hopes of guiding them to success.

Molloy, unbeknownst to them, is dealing with his own problems. While out on the open sea, unlikely alliances develop, talents are tested, and miracles are seen by the force of faith.

This true story about a Mexican boy’s house, Casa Hogar, sounds like a wonderful family movie. According to what we’ve heard and seen in the teaser film, it’s about a boy’s home that needs funding to stay afloat, so they join a massive fishing tournament to raise funds to save their orphanage. The case will feature Dennis Quaid, who, based on the teaser, appears to be doing a fantastic job in the role.

Netflix is kicking off the summer with a slew of new titles set to debut in May, including Blue Miracle. The drama depicts a storm that destroys a boy’s orphanage in Mexico. The boys and their caretaker, Omar, join Bisbee’s Black & Blue Tournament, a fishing race, to retain their family.