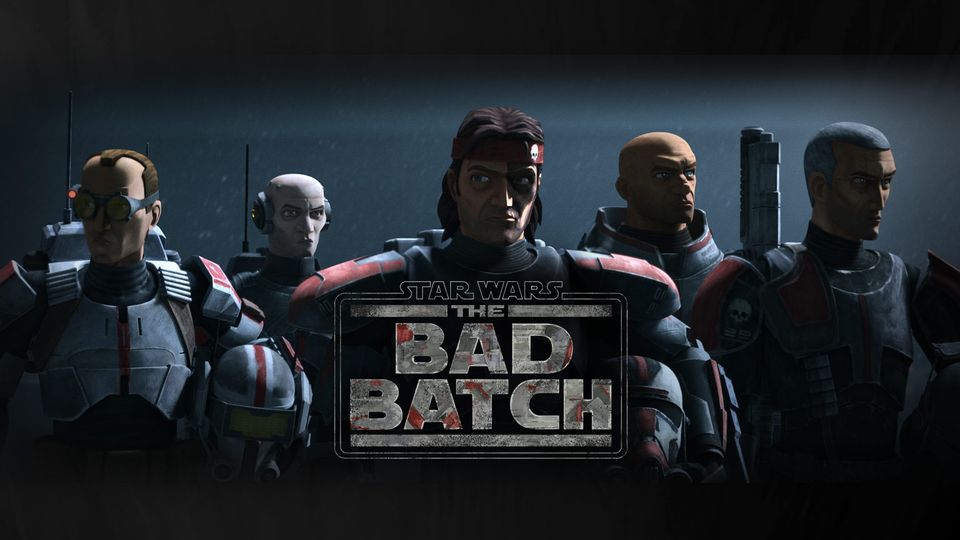 Created by longtime Star Wars director, writer, and animator Dave Filoni, Star Wars: The Bad Batch takes place in the immediate aftermath of the Clone Wars, following the events of Genndy Tartakovsky’s Star Wars: Clone Wars and George Lucas’s almost identically named follow-up, Star Wars: The Clone Wars. The series centers on the titular Bad Batch, a crew of imperfect clones whose genetic deviations grant them both special skills and relative autonomy compared to their cookie-cutter compatriots. Unfortunately, over the two episodes provided to press for review, the show’s attempt to individualize its protagonists largely reduces them to predictable, banal archetypes.

Early in the hour-plus first episode of The Bad Batch, clone troopers across the galaxy receive “Order 66,” instructing them to kill the Jedis they serve. Hunter, the Bad Batch’s head honcho, refuses, eventually sending the group on the run from the newly formed Galactic Empire and into the orbit of rebel factions. Hunter, who shares Rambo’s affinity for headbands, is joined by a retinue of cohorts seemingly picked out of a hat: Wrecker, the hulking strongman; Tech, the genius; Crosshair, the sharpshooter; and Echo, the cyborg.

All of the clones in the series are voiced, per animated Star Wars tradition, by Dee Bradley Baker, whose vocal flexibility is mostly wasted on overly broad, trite dialogue. The squad occasionally offers thought-provoking reflections on their predicament, their programming, and the war (“Republic, Empire, what’s the difference?”), but such intriguing glimmers are drowned out by quickly repetitive arguments between Crosshair, who values orders and duty above all else, and Hunter, who clings to free will and righteousness.

Far more compelling are Hunter’s interactions with Omega (Michelle Ang), a sheltered young girl who’s eager to leave the planet of Kamino, where clones are manufactured, and join the Bad Batch. The refreshingly mature Omega recognizes the burdens she places on the group and the mistakes she makes, and Hunter reciprocates her thoughtfulness with transparency, talking to her like an adult. The duo’s healthy relationship is a stark contrast to the incendiary pairings of Star Wars lore, between Jedi masters and padawans, fathers and sons, and so on.

With Omega’s desire to belong and Hunter’s impulse to protect her, The Bad Batch succeeds in establishing emotional stakes, but its set pieces lack the stylized sense of chaos that marks the more engrossing entries in the Star Wars universe. Tartakovsky’s Clone Wars—perhaps the best thing that the entire franchise has produced to date—casts an especially suffocating shadow over The Bad Batch. Where the battles in the former series deftly blend maximalist spectacle and uneasy severity, dotting whirlwind action with discomfiting stretches of quiet, the firefights here unfold with minimal excitement and suspense. The series feels like it’s simply going through the motions, biding its time until the Jedi and other big names show up. Like countless clone troopers, The Bad Batch fails to distinguish itself.