Where the Crawdads Sing 2022 Movie Review
Skip to content 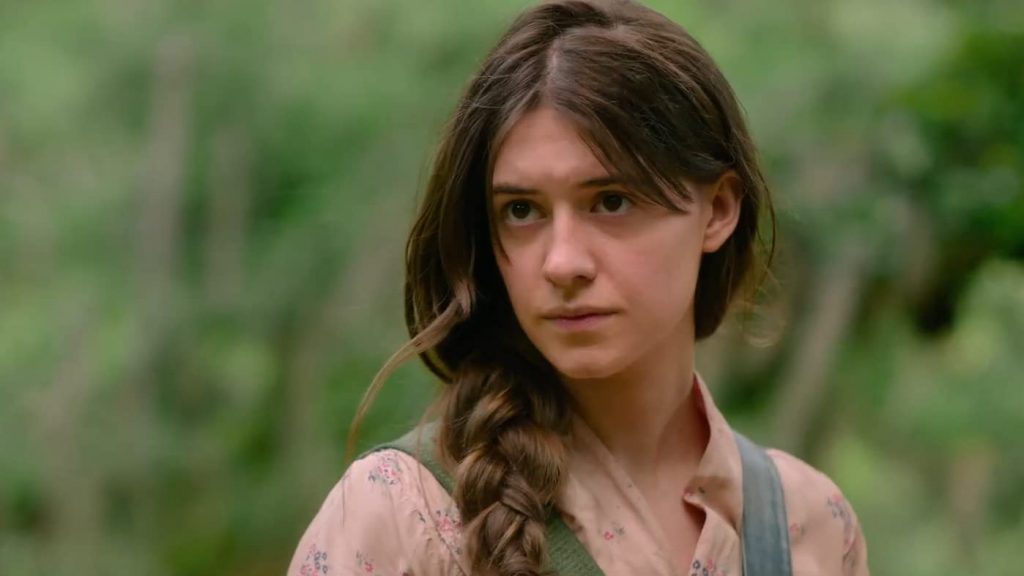 In 2020, the hit Hulu romance series Normal People dropped and took the audience’s breath away with a captivating love story about two college students who wove in and out of each other’s love lives. Here, they were first introduced to newcomer Daisy Edgar Jones, the Irish actress that embodied the strength and vulnerability of the woman lead, Marianne. The actress may be new, but her bold portrayal of the emotionally damaged Marianne captured the audience’s hearts, making her name one fans won’t soon forget. Now, we’ll see her take on a new role in an adaptation of one of 2018’s most popular novels.

Where the Crawdads Sing is a captivating story about love and abandonment—but also murder, as an innocent girl finds herself on the wrong end of a homicide investigation. One part romance and another part mystery, the hit novel was an ode to the natural world and a coming-of-age tale like no other. It will hit theaters on June 24 with Jones as the lead and Reese Witherspoon as producer. Production has wrapped on the film, and now fans await the film’s first footage and promotional material for a taste of what’s to come. Until then, here is everything we know about the Where the Crawdads Sing Movie adaptation.

Where the Crawdads Sing is an adaptation of the original novel from author Delia Owens and will likely follow the source material closely. From this, fans can expect a mix of a coming-of-age tale and a murder mystery that follows a young woman existing self-sufficiently in rural North Carolina in the 1960s. Kya, referred to by the townspeople as “Marsh Girl,” has learned to live on her own and has done so since she was very young. She had no choice as her entire family unceremoniously abandoned her. She knows how to garden, fish, and trades with the kinder townspeople and avoids the lesser kind folk. She lives peacefully in the solitude of nature, but that all changes when the body of her former boyfriend is discovered. Her idyllic life of solitude soon comes crashing down around her as the police and local townsfolk brand her as the prime suspect. The novel was a gripping story that captured hearts in the over 10 million copies sold. Where the Crawdads Sing is at once an exquisite ode to the natural world and a heartbreaking story that proves we are all shaped by the children we once were. It’s also a reminder that some don’t get to be children.

Anyone who has watched Normal People knows that Daisy Edgar Jones was perfectly cast as Kya. As Marianne Sheridan in the hit Hulu series, she embodied the self-assured woman who struggled with a volatile family life, showcasing the strength and vulnerability in the complex character. Jones will surely know how to channel the pain and strength of the Marsh Girl. An unknown actress by the name of Jojo Regina will play the younger Kya as the first 3rd of the novel follows her childhood years after her family abandons her. If the film follows the book to the letter, it will likely do the same.

Starring opposite her, the men captivated by her beauty are a pair of up-and-coming stars themselves. Taylor John Smith, best known for his role in the HBO series, Sharp Objects, will play Tate, Kya’s kind-hearted love interest, with the younger version of the character being portrayed by Luke David Blumm. Harris Dickinson will play Chase, the local hotshot who also falls for Kya and is killed by an unknown assailant. Fans may remember Dickinson from his leading role in last year’s wickedly creative The Kings Man, a prequel to the hit British spy series Kingsman starring Taron Egerton. Before that, Dickinson starred as John Paul Getty III in the FX original series Trust.

The supporting cast for Where the Crawdads Sing includes Oscar-nominee David Strathairn (Good Night and Good Luck) and the scene-stealing Garret Dillahunt (Fear the Walking Dead). Also included are Jayson Warner Smith (The Walking Dead), Michael Hyatt (Snowfall), Ahna O’Reilly (The Help), and Eric Ladin (Boardwalk Empire). The roles of these actors are currently unknown at this time. Any readers of this article who know the book can speculate for themselves who plays who, but more will be revealed as the movie release approaches.

Where The Crawdad’s Sing (which spent over 130 weeks on the New York Times bestsellers list) was a selection in producer Reese Witherspoon’s Book Club back in September 2018. Fans of the novel knew it was only a matter of time before she set to putting the story to film. Multiple notable selections in the actress’s book club have gone on to see successful big screen and little screen adaptations, such as Wild, Little Fires Everywhere, Big Little Lies, and Gone Girl, with Witherspoon typically serving as producer and sometimes featuring in some sort of starring capacity. It’s unknown at this time if she will act in the Crawdads film, but fans shouldn’t be surprised if they don’t see her.

The film is helmed by Olivia Newman in her second go directing a feature-length film. Her first film is the well-received Netflix original First Match, based on her original short film of the same name. It’s a captivating tale that follows a teenage Brooklyn girl who joins the local boys wrestling team to try and reconnect with her estranged father. Her other directorial credits come from television, where she directed episodes of procedural shows such as Chicago Fire, Chicago PD, and FBI. Newman also oversaw rewrites to the script, but the feature was penned by Lucy Alibar, who also wrote the critically acclaimed film Beasts of the Southern Wild. Knowing this, there is little reason to doubt whether Owens’ source material was in good hands. It’s not currently known if Alibar chose to omit anything from the book, but fans can rest easy as she is the right person to bring out the best from the novel.