Paws of Fury: The Legend of Hank 2022 Movie Review
Skip to content 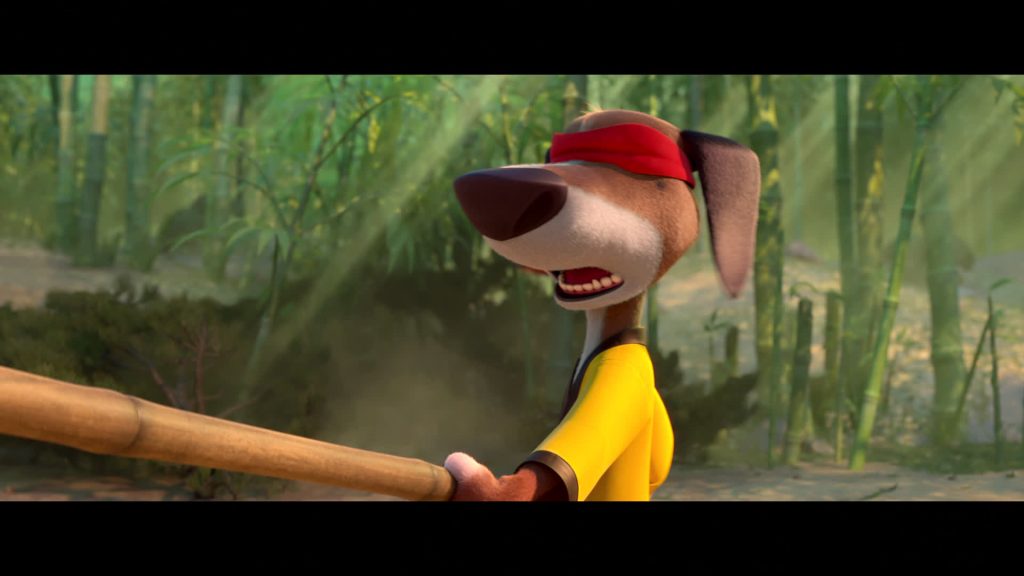 Paws of Fury: The Legend of Hank is an animated comedy that has more stars in it than a Hollywood sidewalk. The film is meant to be loosely based on Richard Pryor and Mel Brooks’ legendary movie Blazing Saddles, a 1974 comedy western that will forever be one of the funniest and most progressive films of its time. Despite everything the movie did for African-Americans in cinema (and it did a lot), it would not go over the same if it premiered today. That could be part of why Paws of Fury has gone through such a ringer since it officially began production in 2014.

The film, initially titled Blazing Samurai, might have originally been meant to follow a Black samurai who found his destiny in protecting an East Asian village. This is much like in Blazing Saddles, when an African-American man was appointed sheriff to save an all-white town in the old west. The movie quickly became about a wandering dog becoming a samurai in a town full of cats. While the dichotomy remains, perhaps the film’s creators feared too strong of a backlash should the racial metaphor be too on the nose. Regardless, the film’s message remains the same: community will prevail despite forces of overwhelming hate.

The movie was initially conceived around 2010 and took a while to get off the ground. The original concept likely came from the trend in Hollywood at the time to apply Asian aesthetics to American themes. With Mel Brooks involved, it must have been an easy connection to create an homage to one of his greatest films. However, the idea for the movie was planted on a cultural ground fertile for animation. With big franchises like How to Train your Dragon and Kung Fu Panda just beginning to gain momentum, it must have been a short leap to change the project from a live-action film to an animated one. And so Blazing Samurai became Paws of Fury.

Instead of a racially charged movie aimed at adults, the film would take on the eternal rivalry between cats and dogs to make the message more digestible for children. The film was still called Blazing Samurai for a while, and in 2015 its release date was set for April 14, 2017. But the project saw trouble when Arc Productions, the original lead animation studio on the project, declared bankruptcy in 2016. The movie went through financial difficulties until they finally announced they secured funding in 2019.

Unfortunately, they didn’t know what troubles lay just around the corner for them. With the troubles of Covid and the financial hardships the movie went through, its distribution rights traded hands several times until 2022, when Paramount Animation acquired it and was finally able to put the film out, tentatively speaking.

Though the project is now renamed Paws of Fury: The Legend of Hank, it will still tell the story of a wandering, down-on-his-luck dog with a big dream. As we can see in the trailer, all Hank wants is to become a great samurai, but the only thing he’s missing is the right teacher. He finds one in a grumpy old cat in a town full of felines that is about to be destroyed. With some help from his reluctant trainer, he and the rest of the dog-hating village will have to work together to save the day.

The movie truly has a stellar cast. For all the difficulties the production has seen, it’s impressive to have retained so many amazing A-list actors. The titular samurai, chasing his dreams as well as his tail, will be voiced by none other than Michael Cera (Arrested Development, Scott Pilgrim vs. The World). Cera’s characters are often shy and awkward, making it an interesting pairing when you realize he is playing opposite Samuel L. Jackson, who will take on the role of Hank’s master Jimbo, the grumpy old cat. Mel Brooks will also be making an appearance in the movie, voicing the wise (and probably hilarious) old shogun.

But the list is only beginning. Ricky Gervais (The Office, 2020 Golden Globe Awards) will be playing the villainous Ika Chu. Michelle Yeoh (Crouching Tiger Hidden Dragon, Everything Everywhere All At Once) voices Yuki. The legendary George Takei (Star Trek) will voice Ohga. Fluffy comedian Gabriel Iglesias will voice Chuck. Djimon Hounsou (Blood Diamond, Constantine, Guardians of the Galaxy) will play Sumo. Aasif Mandvi (The Daily Show) will play Ichiro. Cathy Shim (Reno 911) will voice Little Mama. And Kylie Kuioka (Better Nate than Never) will voice Emiko. And with Rob Minkoff, who is famous for directing the original 1994 Lion King, co-directing this movie, it will be impossible for this film to be bad.