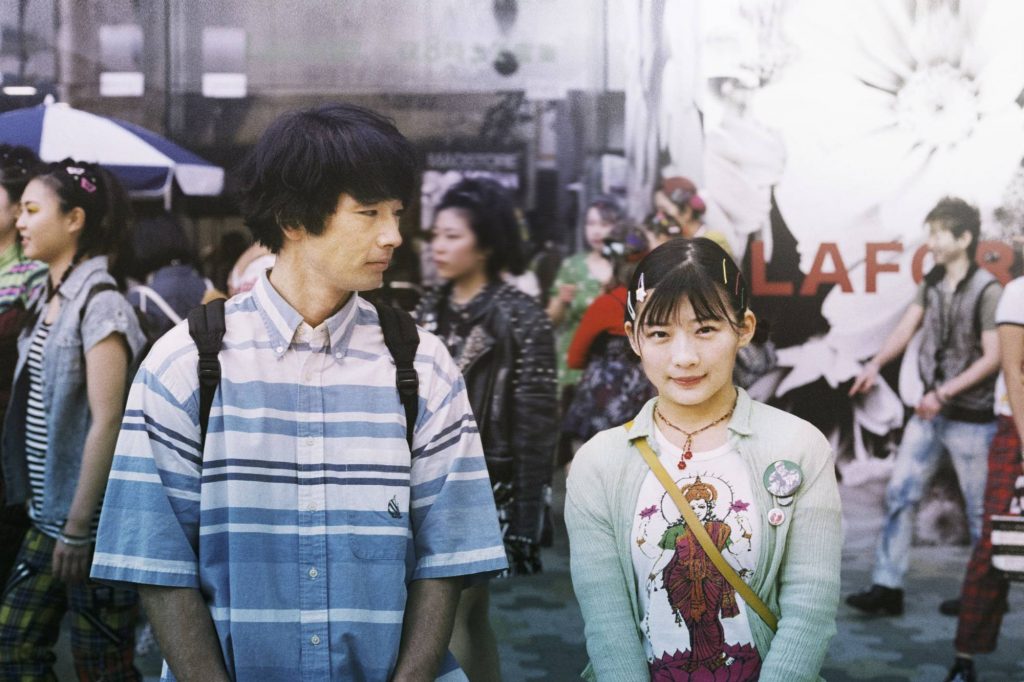 For many of us, the ongoing pandemic has been a period of frustration and fruitless introspection. Treading water both personally and professionally, it can be easy to get swept up in a wave of nostalgia and regret as we remember all our dreams and plans for the future and how few of them seem to have been achieved.

For one listless 40-something in Yoshihiro Mori’s We Couldn’t Become Adults, it is an unexpected friend request from a former girlfriend that triggers a spiral of romantic reminiscences that reach back 25 years.

Mirai Moriyama stars as Sato, and does an impressive job of embodying the character as a jaded 46-year-old in late 2020, as well as a timid 21-year-old, and everything in between.

Stuck in a rut, working for the same media company for the last quarter of a century, he reflects on a life of bad decisions and failed opportunities. His desperate attempts to avoid living an ordinary life have inevitably been the cause of him succumbing to just that, while successfully managing to push away anyone who ever got close to him.

Adapted from Moegara’s novel of the same name and unfolding in reverse chronological order, the film follows Sato as he steadily descends through the ranks of his company, and in turn meets the young women we have already watched him break up with.

Most notable among these, and evidently the one that had the biggest effect on his life, is Kaori (Sairi Ito), whose friend request triggers Sato’s shame spiral. Their love was young, innocent and built on a foundation of shared interests and experiences. When she ended their relationship without explanation, Sato appears never to have gotten over it.

Sumire plays a young hostess with whom Sato gets involved, but he is soon scared away by the complications and experiences of her life less ordinary. Yuko Oshima, conversely, promises a stable life and marriage prospect that Sato shies away from as too mundane for his vague, intangible ideals.

Other influential characters in his life include Masahiro Higashida’s long-time colleague and Atsushi Shinohara’s gay bartender, whose love for Sato goes undeclared and therefore unreciprocated.

We Couldn’t Become Adults offers few answers for its protagonist or audience, beyond simply learning to appreciate what you have, and recognising the value in living an ordinary life. But Mori does capture the mood of an exasperated generation perfectly, and his film arrives at a moment when motivation, optimism and progress feel like agonisingly abstract concepts.

We Couldn’t Become Adults is streaming on Netflix.