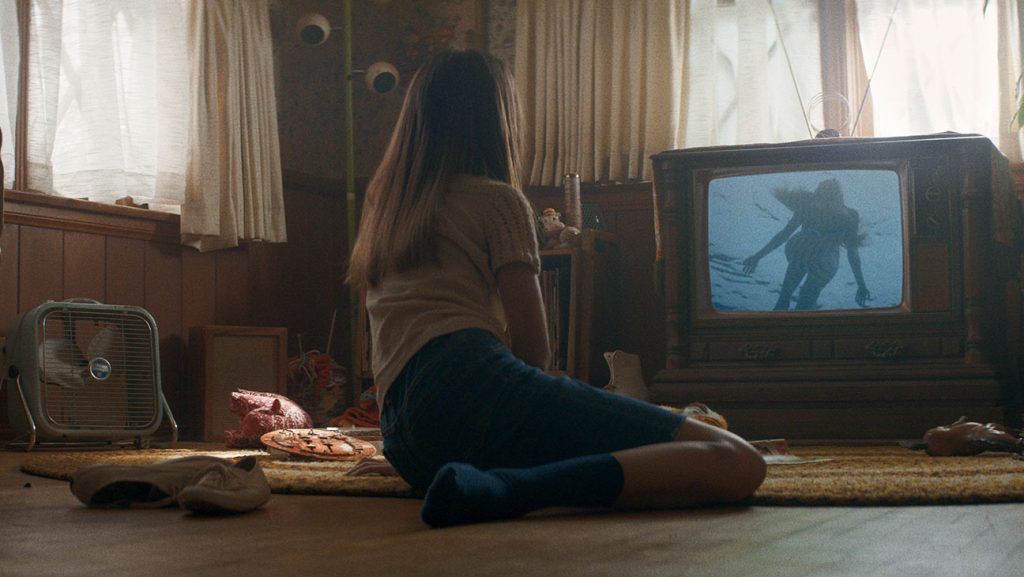 What is cinema? This is a question that the major scholars of the seventh art do not stop asking themselves, giving a different definition for each occasion. Because, as we know, cinema can be explained in many ways: technique, grammar, theory, history. As we will see in ours Voir review, serie of six short episodes available on Netflix and produced by David Fincher, the approach used here is from the point of view of critics and, above all, users. The starting question, therefore, becomes another: why does cinema fascinate us? Six personalities, including critics, animators and cinephiles, will lead the viewer to learn about the mechanisms of the seventh art, both from a technical and a purely emotional point of view. The six short video essays, with a total duration of about two hours, between pure analyzes, technical explanations or memories on the avenue of memories show lights and shadows.

Voir’s initials are a small poem in images. The iris of an eye on which some of the most famous moments of cinema are reflected. The action of observing and seeing (this is the translation of the French title of the series) is the basis of the speeches that the six episodes will address. We start with Sasha Stone’s story, which traces that summer of 1975 when The Jaws came out and which changed the Hollywood film industry forever, giving life to the summer blockbuster. This is the most personal and exciting episode, capable of transforming an individual’s story into a passion that unites all cinephiles. A great introductory ticket for a series that, through thick and thin, seems to appeal more to an audience of enthusiasts, who already know much of what is shown, than newbies who might want a bigger (and better) introduction. ) on the issues addressed. Three other episodes, more of a critical nature and which analyze individual themes (the fascination of revenge stories, of the rejecting protagonists and of racial themes in entertainment films) are pleasant, even if the general feeling is that everything remains a bit too much on the surface, placing itself in a middle ground that is not really welcoming for a casual viewer and really interesting for the avid cinephile.

We want to focus on two particular episodes, which in their dimension and in what they offer perfectly describe the strengths and weaknesses of this series (which we hope will still be able to continue with a second season). The fourth episode is told by two animation giants, Glen Klean, Disney animator, and Brenda Chapman, director of Brave – Rebel. Through their stories and their experience, they will lead the viewer to discover the tricks of the trade of animation cinema and the differences, above all technical, between 2D animation and CGI. It is the most technical episode of the lot and the most academic, which could put a strain on the uninterested viewer. On the contrary, the beautiful episode narrated by Taylor Ramos about the clash between cinema and television is the most focused and interesting. Perhaps the reason lies not only in an excellent sense of storytelling and clarity of exposition, but also in using – finally – recent works as examples. The general feeling, in fact, is that Voir stopped in the early 2000s, lacking that contemporaneity, especially in the examples it offers, which could make it easier to understand and really differentiate itself from other similar documentaries.

At the end of our review of Voir we can say that we appreciated, albeit not in the same way, these six short videos that try to tell the fascination that cinema has towards the viewer. Not all the episodes are interesting in the same way and the feeling of referring only to examples that do not take contemporaryity into account remains. The real difficulty is to understand to which audience Voir wants to refer: placing himself in a middle way towards the neophyte and the cinephile, the six episodes risk to upset everyone.