Valley of the Dead 2022 Movie Review
Skip to content 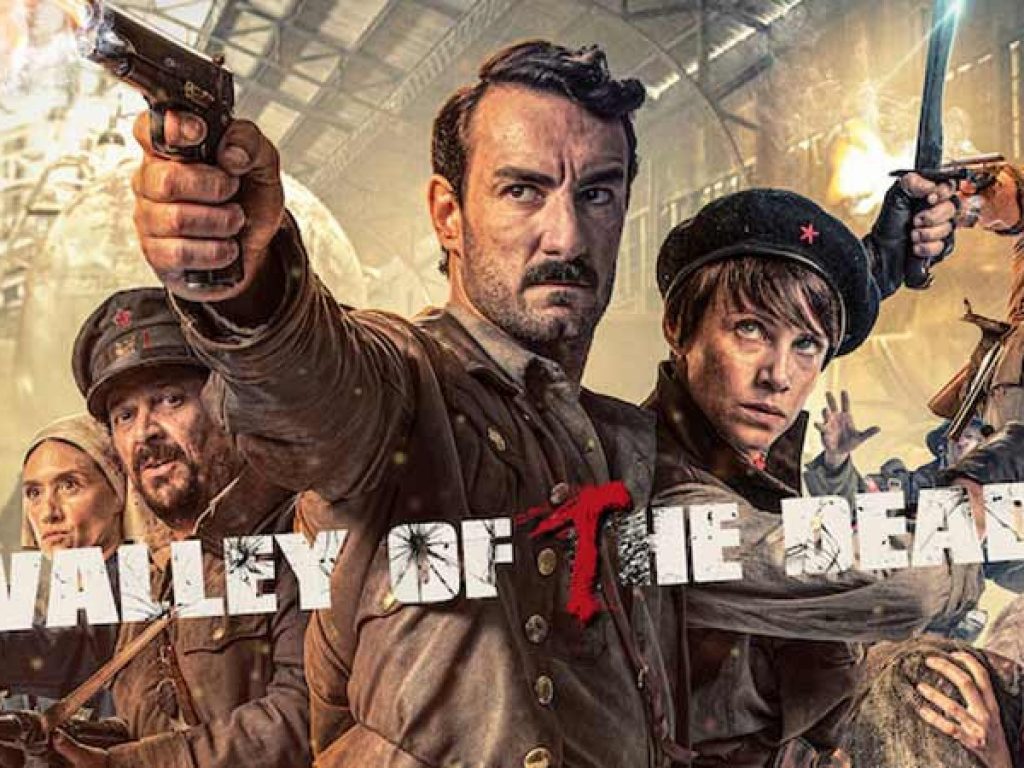 Valley of the Dead 2022 Movie Review

New to Netflix this week is the Spanish horror movie, Valley of the Dead (aka Malnazidos). Set during the Spanish Civil War, the film follows the story of a military captain who finds himself battling zombies.

In the movie, Captain Jan Lozano of the Fifth Brigade is sent on an important mission to deliver a letter. Taking young prisoner of war, Decruz along with him as his driver, the pair set off to complete their task.

A short while into their journey, Lozano and Decruz witness two planes engaging in aerial combat over a wooded area. After one of the planes is shot out of the sky, the pair go to investigate the crash site, to potentially help the pilot.

As they journey into the woods, Lozano and Decruz come across the downed pilot, who appears to have been maimed in the crash. But before they can offer any assistance, they are surrounded by a rival squadron, who plan to take them prisoner.

However, before they can leave the site, Lozano, Decruz, and the squadron quickly discover the downed pilot is a zombie. And what’s more disturbing: More zombies stalk the surrounding area.

Forced to band together with their enemies, the group fight for survival. But can they put aside their differences long enough to escape the clutches of the undead?

Directed by Alberto de Toro and Javier Ruiz Caldera, and based on the novel Noche de Difuntos del 38 by Manuel Martín, Valley of the Dead stars Miki Esparbé, Manel Llunell, Luis Callejo, Álvaro Cervantes and Sergio Torrico. The movie is a period piece, which aims to make war time seem even more horrific than it is, by injecting supernatural horror into proceedings!

It does this by wheeling out the tried-and-tested horror antagonist known as the zombie. These brain-munching baddies have become the default villains of many horror movies and television shows in recent years, and oh look, here they are again.

Yes, that was the sound of my eyes rolling around in my skull, because I am getting a little tired of seeing zombies brought out with such regularity. Maybe its extreme burn-out on my part, having followed horror series The Walking Dead for far longer than I should have a few years ago, but unless a film or show is doing something new with zombies, I’m getting bored with the genre.

So, the big stumbling block I have with Valley of the Dead is that for the most part, I have seen a great deal of this film so many times before. There’s nothing particularly fresh or original in this movie, and at times it does feel like it goes through the motions… and back again.

However, despite the lack of originality, and my own personal fatigue with the genre, Valley of the Dead is fine for what it is. The film tells a fairly decent story, has been put together with care and attention, and is occasionally humorous. So, I have some grumbles, but for the most part this isn’t too bad. It won’t win over everyone, but some will enjoy it.

If you’re after a 1930s-style zombie film, then this is certainly one which will entertain your eyes. The sets, costumes, and military tech are all in keeping with the era, and if this sort of thing butters your baguette, then you are sure to be pleased.

The movie also includes the occasional bit of political commentary, which casts the spotlight on civil unrest and the importance of finding common ground to defeat a more troublesome enemy. There are no major in-depth discussions, but what is presented works fine for the story.

So, this is OK stuff and perfectly watchable. I believe it plays better if you’re not already over loaded with zombie fiction, but if this kind of thing is fairly new to you, then you will find something to enjoy.

Do I recommend Valley of the Dead? Hmm… Yes, but mostly because it looks really good. As I’ve already noted, this film does feel like it is walking well-worn ground in the story department, so I can’t tell you that this is must-watch stuff. But yeah, it’s fine.

Valley of the Dead doesn’t do anything particularly wrong, and has clearly been put together by people who care about their film. If you’re after a historical zombie flick, which boasts good visuals, then you could do far worse than this one.

Valley of the Dead 2022 Movie Review