Untold: Deal with the Devil 2021 Movie Review
Skip to content 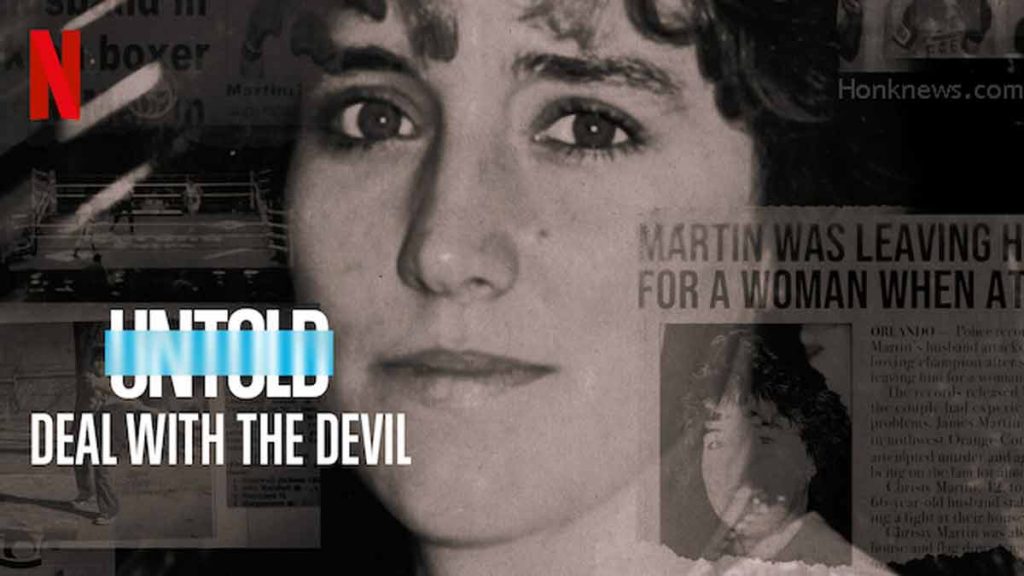 Netflix’s Untold, the new five-part documentary series that takes a look at some of most notorious events in modern sporting history, with a new feature length documentary released each week got off to a powerful start with their frank and open look at the brawl that shook the basketball world. The second instalment (released 17th August), Deal With The Devil, journeys into the world of female boxing and the life of Christy Martin.

You don’t need to know anything about boxing to recognise the names of some of the sport’s greatest fighters but one name you might not know is Christy Martin. It’s not an exaggeration to say that her career, at a time when the very thought of women in boxing was a novelty, put women’s boxing on the map.

Director Laura Brownson chronicles Christy’s life from angry schoolgirl channeling her frustration into sport to her rise as the most successful female boxer in sporting history but behind the sparkling façade of big money contracts, sold out events and talk show appearances hides the darkness of drug use, denied sexuality and abusive behaviour. We learn of the steady decline of Christy’s marriage to her trainer and coach, Jim Martin until his jealousy and insecurity bubbles over into an attempt on her life; stabbing and shooting her before leaving her for dead.

Through home videos, talking-head interviews and carefully crafted storytelling, Deal With The Devil weaves a fascinating tale of sporting prowess, manipulation and terror.

As someone who really doesn’t like boxing, and knows very little about American sporting history, I went into this with absolutely no idea who Christy Martin was let alone her incredible story and that meant I could just sit back, relax and enjoy the ride as it was meant to be enjoyed.

Footage of her training and boxing matches make it pretty clear how and why she was the one to bring women’s boxing to the big leagues but comments made during interviews, and anecdotes delivered from friends, family and fellow fighters, suggest that Christy only cared about Christy, rather than building the reputation and validity of women’s boxing.

Despite the majority of the story being delivered by Christy herself, this isn’t a puff piece, she acknowledges the mistakes of her past particularly regarding her homophobic comments and attitudes during the peak of her career but as the story progresses we come to understand some of the underlying factors that may have influenced her behaviour; particularly her manipulative and abusive marriage.

As with Malice At The Palace, there are underlying themes that are subtly delivered allowing the audience to take what they will from the story, with the main focuses this time being around sexism, homophobia and domestic abuse. Christy’s experiences with these, whether it be as the victim or as the guilty party, are what adds the depth to this story and makes the ending all the more impactful.