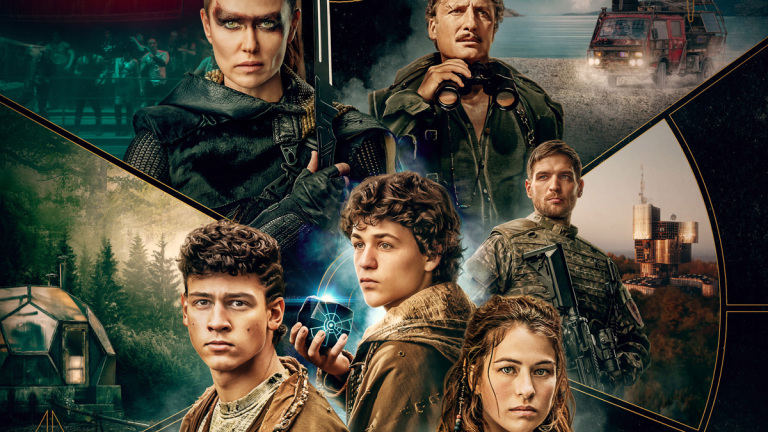 Let us admit this, we really have a thing for post-apocalyptic and stories. We can never really get enough of apocalypse. With the Covid-19 pandemic we all have even had the taste of what an apocalypse feels like. For the lucky ones who have survived the pandemic like a hero, Netflix has a brand new sci-fi series ‘Tribes of Europa’. The German series is much like the famous series Dark. The people behind the ‘Dark’ series have also created ‘Tribes of Europa’. The series was mainly shot on Czech locations in and around Prague.

A Series Without a single Dull Moment

Tribes of Europa set the story around a time when the planet has suffered a large scale blackout with no technology left. The story occurs 50 years into the future. The devastation is called the Black December when the world turns into an energy catastrophe. Humanity is thereby divided into tribes that try to rebuild Europe.

The show has some exceptional VFX, animation and costumes. The directors of the series are Floria Baxmeyer and Philip Koch. The story primarily focuses on the life battles of three siblings, members of the Origines tribe, who despise and reject technology as they believe it will be the sole cause of Earth’s downfall in the future. They come across a crashing flying machine and find a mysterious cube. The siblings somehow then get separated and figure out ways to reunite with one another.

This show is going to get you intrigued with each episode. It is mainly in German but some characters speak English in between. There is plenty of stuff to keep in track like the names of the tribes or the members of those tribes.

With an enormous starcast, the makers of the series have done justice with each role. Every actor is marvelous in their own style. There is never really a dull moment in the whole series. Character development is well handled. The background music and sound effects are modern. The job done with costume creation is excellent just how we would look at the members of a tribe.

If you loved watching ‘Dark’, ‘The Hunger Games’, ‘The 100’, ‘The Rain’, then be rest assured that you enjoy watching ‘Tribes of Europa’ too. According to ABC entertainment, the series has some really great performances by Oliver Masucci and Emilio Sakraya. But the storyline seemed to be a little average compared to other sci-fi movies or series. Even though there is a great visual treat with amazing VFX. We feel that there is still some potential to make this a killer in its second season. Overall we will give this series thumbs up with 3.5 stars out 5.