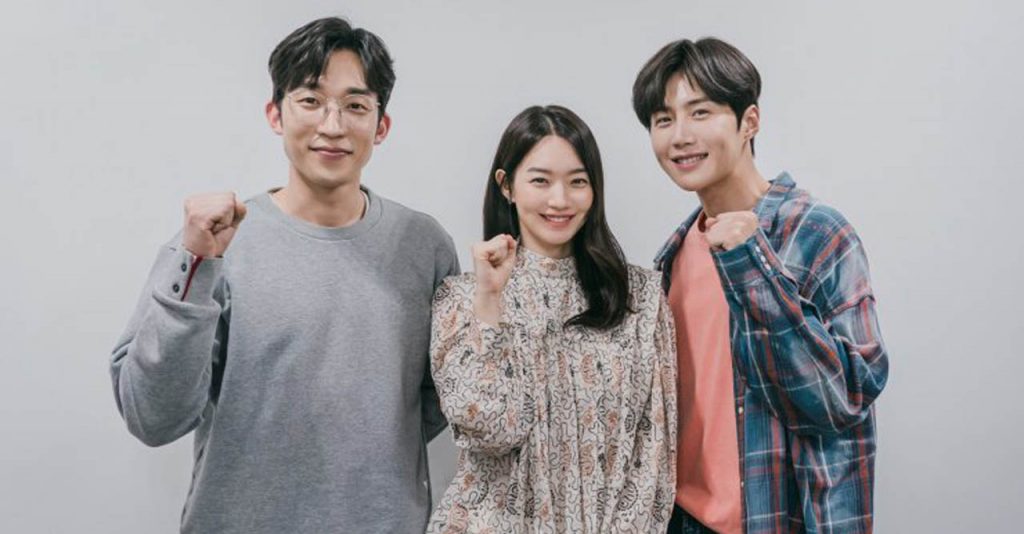 The first teaser video about the long-awaited meeting of Shin Min Ah and Kim Seon Ho in the drama ‘Hometown Cha-Cha-Cha’ (directed by Yoo Je Won, Shin Ha Eun scriptwriter, produced by Studio Dragon / GTist), which will first air on August 28, has been released. The appearance of two actors on one screen makes viewers’ hearts flutter by the romantic combination beyond imagination.

‘Hometown Cha-Cha-Cha’ is a drama that depicts the romance between a realistic dentist Yoon Hye-jin (Shin Min-ah) and a perfect boy, Hong Doo Shik (Kim Seon-ho), in the sea, the village ‘Gongjin’ is full of honest and salty people.

Director Yoo Je-won, who showed delicate and sharp direction through ‘Oh My Ghostess’ and ‘Tomorrow With You’, and Shin Min-ah and Kim Seon-ho, who made many fans TV series stirred only with casting news. The expectation and interest in this work are reaching their peak when all the indispensable representatives in the romance genre have come together.

Shin Min-ah took on the role of ‘Yoon Hye-jin’, a talented dentist who has perfect specifications but is rather a righteousness on the inside. Hye-jin is a person whose life plan goes awry because of the 2% justice hidden within her, and at the end of her twists and turns, she comes down to ‘Gongjin’ and meets ‘Hong Doo Shik’, a man who stimulates her curiosity. Shin Min-ah, who has captivated the public by acting in her wide range of characters through the drama ‘My Girlfriend Is a Gumiho ‘ and the movie ‘Diva’, is expected to fascinate viewers with her perfect character synchro rate this time as well. Attention is focused on Shin Min-ah’s irreplaceable and lovely charm, which will be shown in her ‘Hometown Cha-Cha-Cha’.

Kim Seon-ho plays the role of ‘Hong Doo-shik’, who is unemployed by his official job even though he is equipped with fantastic software in the appearance of the narrative itself. Doo-shik, who is called ‘Hongbanjang’ by people, is a person who will surely appear and help someone if something happens to someone in ‘Gongjin’. Kim Seon-ho, who has recently emerged as a popular actor through the drama ‘Startup’, expresses the colorful charms of ‘Doo-shik’ in a three-dimensional sense, heralding the birth of another life character. Interest is rising more than ever in Kim Seon-ho’s unique challenge to show through ‘Hometown Cha-Cha-Cha’.

Among them, the first teaser video released has attracted attention just because it has the front view of Shin Min-ah and Kim Seon-ho. The long-awaited combination has finally come true right in front of your eyes, making you unable to take your eyes off it. First, Shin Min-ah and Kim Seon-ho appear in a narrow alley one after another and start with a smile that makes you feel good just looking at them and walking somewhere. The scene then switches to the Gongjin of the seaside village.

The two walked slowly with the distance between the sky and the sea and the green barley field. Despite their distance from each other, there was still a strange excitement between them, making them unable to predict how the story would unfold.

In particular, the first teaser video aroused interest when it told about the meeting of a city woman Shin Min-ah and a man from a seaside village Kim Seon-ho. Shin Min-ah jogs in the forest of tall buildings and the Han River, while Kim Seon-ho leisurely surfs in the emerald sea with a surfboard, the footage is cross-edited to show the lifestyle of their opposites more authentically. Here, the copied phrase ‘Our hearts begin to dance at the end of summer when the waves sparkle’ further heightens the anticipation for the romance the two will display.