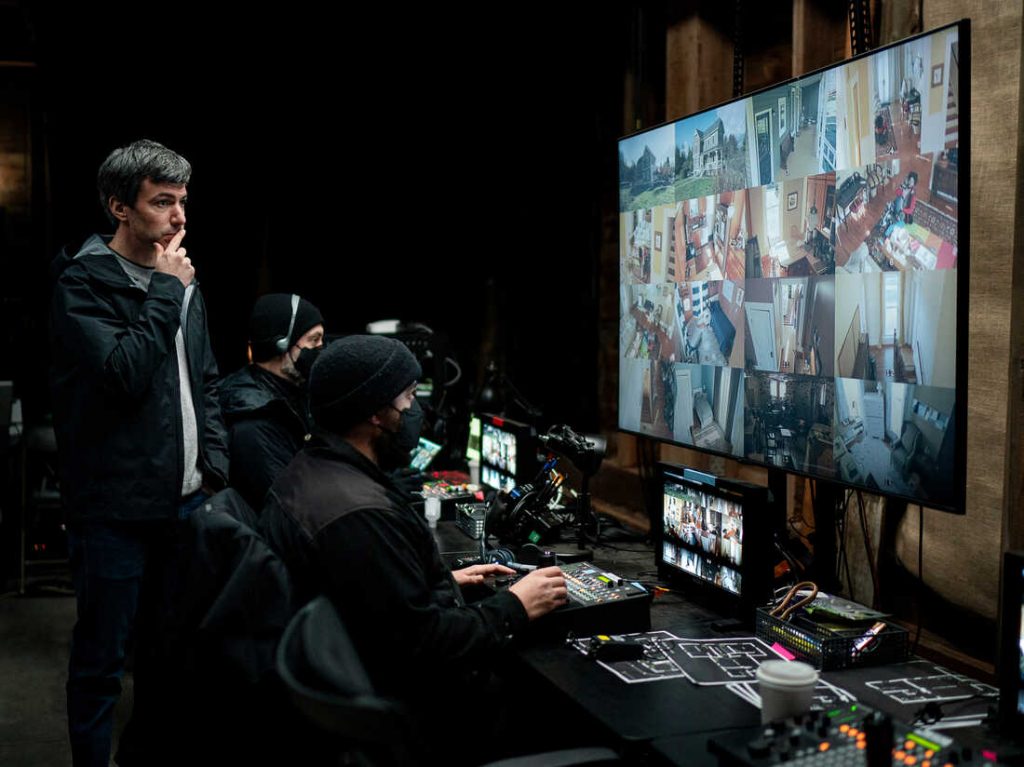 In the first episode, Fielder is helping Kor Skeet, who thinks it’s finally time to tell the members of his bar trivia group that he only has a Bachelor’s degree and not a Master’s, as a he has been telling them for the past 12 years. People have even been sending him job listings that require masters degrees.

Because Fielder is so awkward himself, he tells Kor that he’s rehearsed their entire first meeting, complete with a replica of his apartment built on a soundstage and an actor playing Kor (K. Todd Freeman). Still, Kor doesn’t open up to Fielder about the one person in his group, who might have the most extreme reaction to his news. Fielder tries to do some outdoor bonding — including skeet shooting, given Kor’s last name — to open him up.

When Kor finally gives Fielder the name, Tricia, he sets up a ruse with the actor he hired to play her (Gigi Burgdorf) in order to get more info on her mannerisms and what she likes to talk about. Then he sets up an exact replica of the bar where the two of them will meet, play trivia, and Kor will reveal his secret. And that rehearsal is just scratching the surface of what Fielder does to get Kor to the real-life moment with Tricia.

We’ve been fans of Fielder and his awkward real-life approach to helping people since Nathan For You premiered almost a decade ago. Even in the first season of the show, his marketing schemes tended towards the complex: Remember the staged video of the pig helping the goat out of a pond? Or Dumb Starbucks from the second season?

But with The Rehearsal, Fielder takes the complexity of his ideas to new, pricey heights. He’s building exact replicas of bars and apartments. He’s hiring speaking actors and tons of extras. He’s seemingly sparing no expense to make sure that his interactions with the people he’s helping go well, and that the people’s interactions go more or less as planned.

Of course, he can’t rehearse away every single possibility, but it’s sure fun watching him try. So not only are the elaborateness of his rehearsals funny — like how he replicates the bar’s brick oven pizza without, you know, having a brick oven installed — but his voice over and reactions when things don’t go as planned are equally entertaining.

All the planning definitely generates tension when the big moment arrives in real life, but the lead up, where Fielder awkwardly interacts with the person and tries to get to know them, despite all of the safeguards he put in for himself, are what make The Rehearsal such a fun watch. And, since he’s already proven with Nathan For You that he can do a lot with this format over multiple seasons, it means that the work he did with Kor is just a little bit of what Fielder can do with HBO money and his seemingly endless imagination.