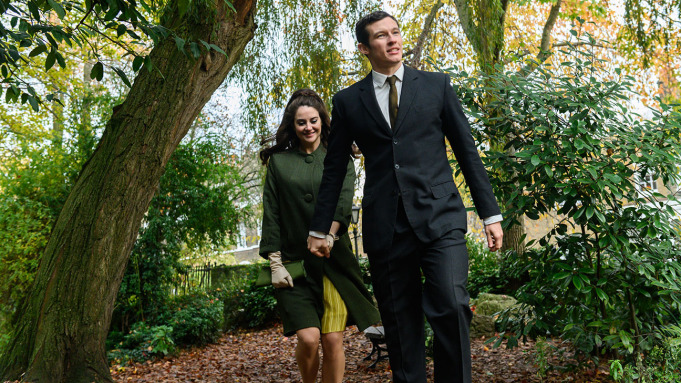 The Last Letter from Your Lover 2021 Movie Review

Opening in 1965, The Last Letter From Your Lover finds society wife Jennifer Stirling (Shailene Woodley) struggling to recall what her life was like before a devastating car accident stole her memories. Her husband (Joe Alwyn) is distant, leading Jennifer to head her own investigation. The discovery of a passionate note from “B” pulls her back to the summer when she met Anthony O’Hare (Callum Turner), the charming journalist who was assigned to cover her husband, but fell for her instead. In the present day, fellow journalist Ellie (Felicity Jones) is attempting to pull her own life together when she finds the last of Anthony’s letters to Jennifer. She then sets off on her own journey with archives worker Rory (Nabhaan Rizwan) to learn exactly what happened between the star-crossed lovers.

There are many elements of the story that feel familiar, from the forbidden affair to the dual timelines connecting past and present. Director Augustine Frizzell, working off a screenplay from Nick Payne and Esta Spalding, initially struggles with the latter. Prior to the introduction of Anthony in the past, the shift from one timeline to another feels jarring. Editor Melanie Oliver doesn’t do much to ease the transition, but The Last Letter From Your Lover later finds its footing as the two central love stories begin to take off.

Frizzell approaches both past and present with a tender intimacy that is fitting for a story such as this one. Both the cinematography from George Steel and the score from Daniel Hart give The Last Letter From Your Lover a dreamy feel, making it easy for audiences to get lost in the blossoming romances. Of the two, both are compelling at different times. Watching Jennifer and Anthony steadily draw closer despite their best efforts is sweet, but nothing tugs at the heartstrings more than where the present day finds them. Meanwhile, Ellie and Rory’s meet-cute is far from pleasant, but that makes their eventual courtship all the more endearing.

Though the script doesn’t give many shades to the characters, the cast readily steps up. Both Ellie and Rory have things going on outside of their investigation into the letters, but the movie itself rarely dips into them. As a result, Jones and Rizwan are left to add those touches on their own, and they do so well; Ellie and Rory become fleshed-out characters under their care. As for Woodley and Turner, they sell Jennifer and Anthony’s passion, to the point where it’s hard not to root for them. It also helps that Alwyn isn’t given much to do, leaving him – the main obstacle to Jennifer and Anthony’s happiness – as little more than a stock character.

The Last Letter From Your Lover isn’t exactly changing the game when it comes to romantic dramas, but it serves its part well. Fans of the genre will find plenty to be charmed by, and even if one pairing doesn’t appeal, there’s another finding their own way forward. As a result, The Last Letter From Your Lover feels like a sweet rainy day companion, making it a solid entry to Netflix’s ever-growing repertoire of love stories.

The Last Letter from Your Lover 2021 Movie Review