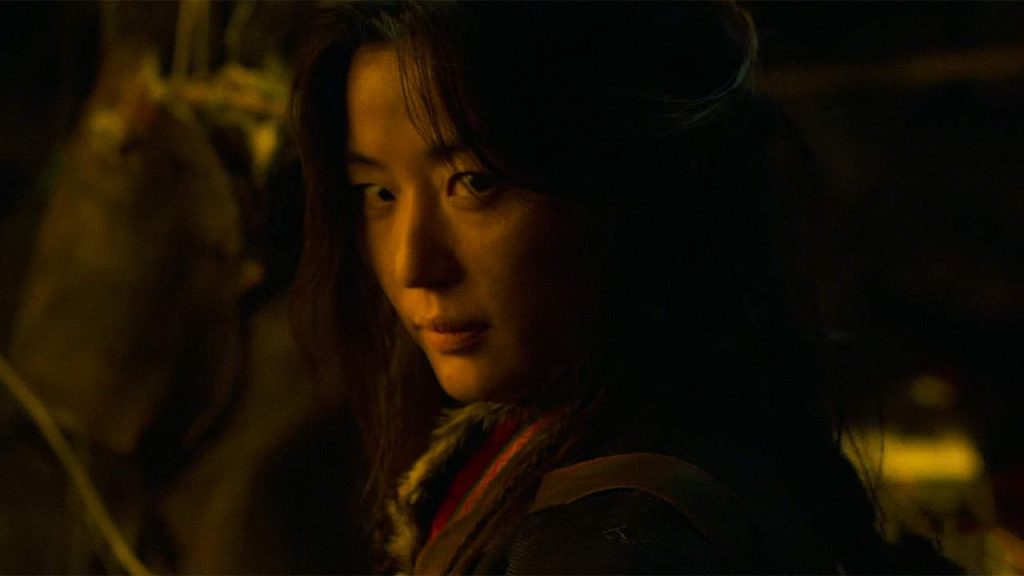 Netflix’s first original Korean series, Kingdom premiered to critical success and positive reviews, prompting a second season and now a special episode that follows the origins of a new mysterious character, Ashin. Kingdom provided a refreshing take on both the historical and horror genre, combining elements of the two but also highlighting political struggle set against the backdrop of zombies.

The highly anticipated special episode has been the talk of the town ever since Ashin made an appearance at the end of the second season and is set to provide an expansion of the Kingdom series. Curious to know more? Read on to find out the release date, plot, cast, official trailer and more.

After keeping the release date under wraps for quite some time especially after part of the castle where filming took place burned down, Netflix finally announced the 60-minute special episode’s release date to be July 23, 2021. Remember to mark your calendars!

We already know that Hallyu star Jun Ji-hyun (or Gianna Jun) will be headlining the drama from her cameo appearance at the end of season two. This marks Jun’s highly-anticipated small-screen comeback, five years after her last Korean drama, Legend of the Blue Sea.

Other than Jun, only two other cast members are confirmed. Park Byung-eun is returning as Min Chi-rok, member of the Royal Commandery who encounters Ashin in the freezing cold northern regions. He later becomes the Head of the Royal Commandery Division and helps Crown Prince Lee Chang fight against the conspiracy to seize the throne in Kingdom. Kim Shi-a will be playing the young Ashin.

Towards the end of season two, Chang and Seo-bi find the resurrection plant near the Chinese border and are told by the villagers that someone from China is selling it. We see the final shot of a woman, Ashin smiling mysteriously. It’s theorised that Ashin is spreading the virus on purpose. But the question is: why?

In this “sidequel”, that question and many others will be answered as we follow the backstory of Ashin, who seems to know about the origins of the resurrection plant that brings people back from the dead. Ashin’s identity and the part she plays in the events that take place in the Kingdom series will also be explored.

In the short but tense teaser, the footage also shows a young Ashin holding a torch as she enters a dark, eerie cave. Inside, she discovers strange markings on a rock and the resurrection plant. An accompanying text reads, “to revive the dead, a price must be paid”. After, a hand crashes the plant and the dead is revived before the release date flashes on the screen.

Netflix revealed the official posters for the special episode. In the first image, we see Ashin covered in a dark robe, facing incoming enemies. Her stance looks calm, not alarmed but she’s holding the bow in her hand. Smoke is also coming from the enemy lines and part of the grass is covered in fire. The words, “vengeance is coming” is placed at the top of the poster. Are the advancing forces zombies or are they soldiers? We can’t tell.

The special episode summary describes Ashin as “the woman abandoned by all” which is most likely why she’s the only person facing the enemies in the poster.

The second poster has the same setting as the first one, just a bit more closed up and we finally see Ashin’s face. She’s still holding the bow in one hand, looking into the far distance as enemies advance behind. Her expression is mysterious—she is wary or she is waiting for someone? We’ll have to watch to find out.

Netflix has been dropping a lot of teasers since the official release date has been revealed. Two weeks away from the show, they have also finally released the official trailer and while most of the scenes have already been shown before, a few new dialogues and details have been added.

Firstly, we see a group of soldiers trekking the forest and they spotted a talisman hung around a rope with an ancient Chinese character that looks like the word for “long-neglected.” Beyond the ropes lie a pile of dead bodies. We then cut to young Asin exploring the cave and afterwards, telling her father that she found a strange plant that “can awaken the dead”.

A voiceover of a man says, “I heard something scary lives there. No one has been allowed to enter for the past 100 years” over a montage of villagers exploring the forest, holding various tools. They are chased away by a tiger. A bloodied soldier then says, “Be ready for a bloody revenge.” Ashin’s village is attacked and we finally see the first look at Park Byung-eun as Min Chi-rok discovers the ravaged village. Ashin asks him, “Avenge him” but he apologies and says, “this is not something Joseon can intervene in.”

Ashin seems to grow hatred for living beings as they slaughtered the people in her entire village. “After my job is here, after I’ve killed every living thing on Joseon and Jurchen soil, we’ll be reunited.”

Kingdom: Ashin of the North will be released on 23 July 2021 on Netflix.