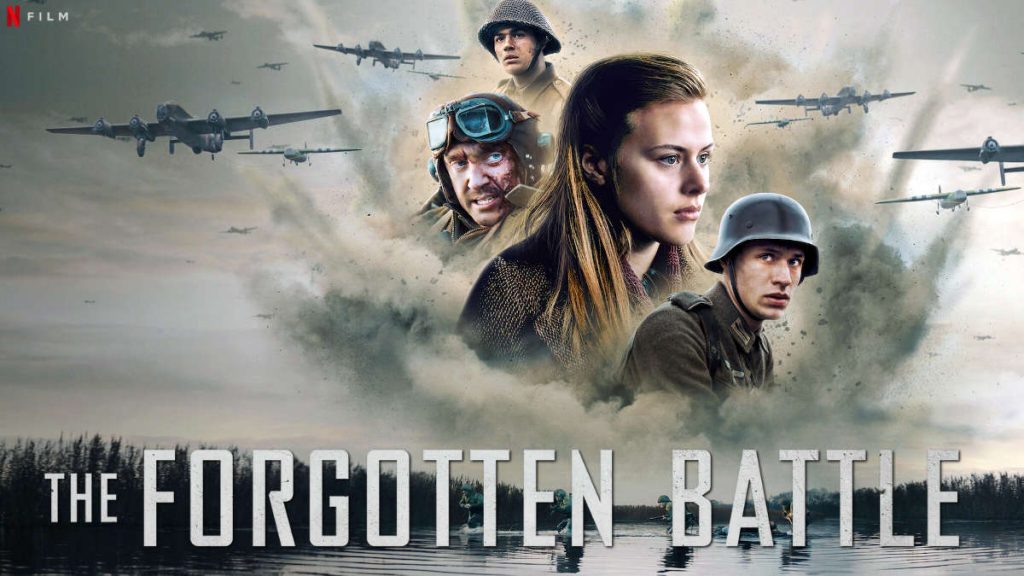 The Battle of the Scheldt is a new war drama directed and partly written by Matthijs van Heijningen Jr. He is known for directing Red Rain and The Thing from 2011.

The film is set in the province of Zeeland in November 1944. Here the Allies try to liberate the Netherlands from Nazi Germany with the help of the Dutch resistance. The battle on the Zeeland islands is difficult for both parties. The Zeeland girl Teun (Susan Radder) discovers that her brother has secret information that can help the resistance in the fight against the Nazis. Getting this info to the resistance seems like a difficult task, because she doesn’t know who to trust in this war. In this war, the Dutch Briton William Sinclair (Jamie Flatters) and the Nazi oppressed Marinus van Staveren (Gijs Blom) fight against each other. The different choices these three youngsters make can lead to freedom in Zeeland, or to the loss of the Battle of the Scheldt.

The story of the film was written by Paula van der Oest, who had help from five others. The final story has also been checked and adapted by ancient military personnel, to ensure that the story contains correct information. The writers have chosen to turn the film into a mosaic film. Thus, the storylines of the three young people are mixed up. The different stories are mixed up a lot. It sometimes seems as if you are watching three different films at the same time. By telling the film in such a way, the film loses some of its pace and the film can sometimes become a bit difficult to follow. For a clearer story, they should have made the film about one of the three young people, or Netflix should have made a TV series of the Battle of the Scheldt.

Netflix and the film crew could also have chosen a better director such as Paul Verhoeven, because he has more experience directing an expensive war film. Director Matthijs van Heijningen has not directed a cinema film for ten years since the prequel to The Thing from 2011. Matthijs van Heijningen often portrays the film well, but more closely with the scenes of Susan Radder’s character. Her scenes are more like a war espionage movie. The scenes of the male protagonists are more set in the real war, but here the director chooses to zoom in on the main character. This makes the war scenes a bit unclear, because you only get to see what the main character is doing and not the rest of his army. The further war scenes are well portrayed, only they look a bit familiar compared to other war films such as Saving Private Ryan or Zwartboek.

The acting is well done by the film crew, but by choosing to tell the film as a mosaic film, the actors don’t get the time to really develop their characters. Susan Radder is most prominent in the film. International actor Tom Felton known for his role as Draco Malfoy from the Harry Potter film series also stars in this film. Despite the fact that he portrays his role well, he does not get much else to do with his role.