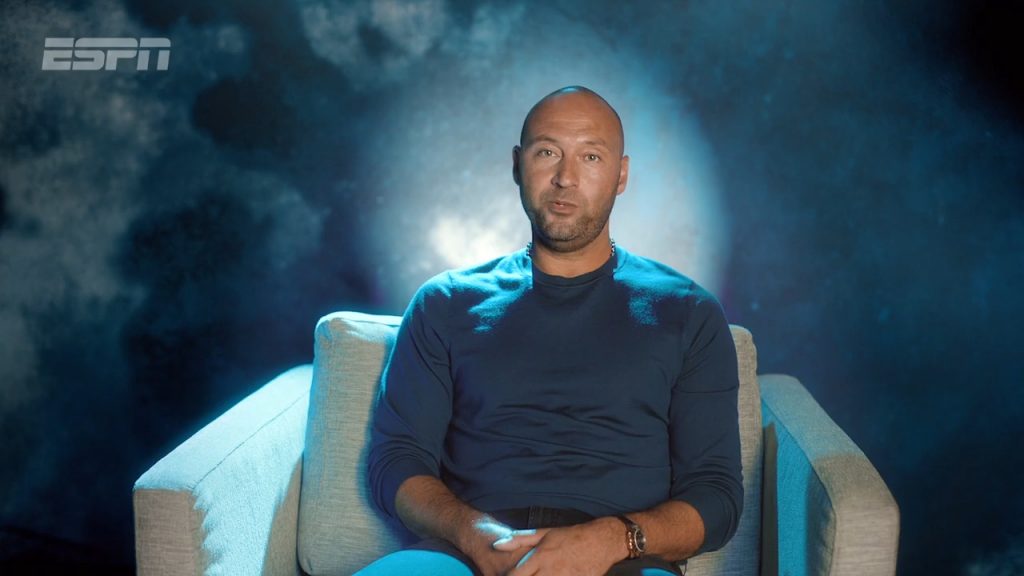 Deep into the fifth episode of “The Captain,” ESPN’s new docuseries acknowledges the difficulty of cracking its chosen subject. Derek Jeter might’ve been a stellar shortstop, and an iconic Yankees player whose meteoric rise and waning career mirrored his team’s own trajectory as a New York sports dynasty. But he is also, according to both himself and the many frustrated journalists who couldn’t get past his surface, an extremely careful (read: boring) interview.

“That’s by design,” Jeter confirms on camera, letting loose a genuine grin at the admission. He even goes on to say that “there are things I still won’t talk about” here, now, for the supposedly in-depth docuseries about his own life (which premieres July 18 after the Home Run Derby and will run seven episodes in total). That contradiction lies at the heart of Randy Wilkins’ “The Captain,” which can generally only go as deep as Jeter himself will allow.

The picture that emerges in the early episodes, as per Jeter himself, is one of a consummate professional who worked hard, earned success, and avoided distractions at all costs. As a rule, the closest Jeter gets to revealing anything remotely personal is acknowledging how much growing up biracial in Kalamazoo, Michigan formed his “gotta be twice as good as everyone else” mentality going forward. Interviews with Jeter’s Black father, white mother, and biracial sister underline that fact, making clear that even when white journalists thought of Jeter as “colorless” — a direct quote from a Yankees beat reporter in a later episode, much to Jeter’s clear and atypical fury — it couldn’t be further from the truth.

This discussion about the perception of Jeter, as a star and as a Black athlete who got passes others even on his team didn’t, proves particularly fascinating (as could be expected from a series that also counts Spike Lee as an executive producer). It just comes several episodes into the series’ examination of what made Jeter such a phenomenon — which feels far too late even if it’s by design, to keep casual ESPN fans engaged when they otherwise might’ve changed the channel at the first mention of race.

When talking about baseball, Jeter follows his career standard by keeping his quotes as straightforward as possible. The difference between him and someone like Alex Rodriguez, his more bombastic rival turned teammate, couldn’t be starker than in juxtaposed remembrances of grievances past, as Rodriguez throws up his hands about putting his foot in his mouth while Jeter sits through a tight smile. With Jeter being far from the most revealing interview in the series, “The Captain” inevitably becomes more of a deep dive on the Yankees of the late nineties and early aughts as a cultural juggernaut, while remaining anchored to Jeter’s presence as its narrative constant.

So if you’re a baseball enthusiast in general, or even just casually cognizant of the Yankees’ total domination at the turn of the centry, there’s plenty to chew on here. Jeter’s joined not just by A-Rod, but Daryl Strawberry, Jorge Posada, Mariano Rivera, manager Joe Torre and (Jeter’s personal favorite player) Dave Winfield. Occasionally, sports writers and mainstays of New York at the time of the Yankees and Jeter’s peaks chime in to give context on how and why this team and player became what they did. With Jeter the ostensible main character, though, “The Captain” can’t quite delve into the nitty gritty of what made the Yankees so good — or, when they fell to a team like the 2004 Boston Red Sox, so frustrating — with enough depth to truly satisfy. (If you’re looking for Jeter’s thoughts on A-Rod vs Jason Varitek, don’t bother: they don’t even mention it.)

And so with Jeter on alert for giving away too much, the series sometimes struggles to find much more to say about him than what we already know. But that reluctance is also what makes the moments when he cracks, even just a little, far more revealing. When Jeter allows himself to be a little petty, or smug, or a sorer loser than his carefully gracious post-match interviews would betray, “The Captain” becomes that much more compelling, despite its subject’s best efforts.