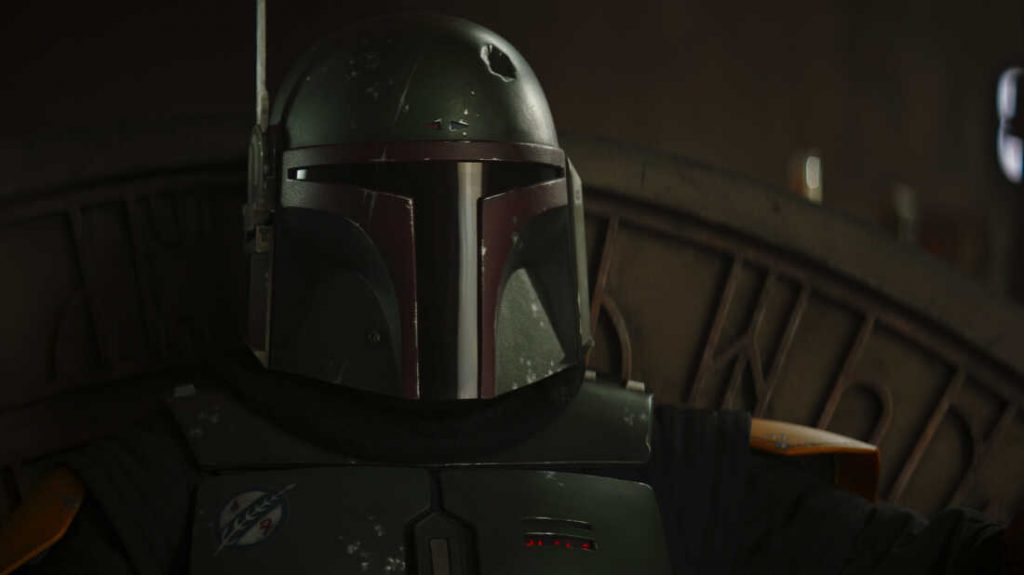 Boba Fett first captured the attention of fans in 1978 when he made an appearance in the oft-scrutinized Star Wars Holiday Special before appearing for the first time on the silver screen in Star Wars: The Empire Strikes Back in 1980. Despite his limited screen time, the character amassed a loyal and dedicated fan base that lived through decades of rumored TV series and movies that never came to fruition—until now. After the critical success of The Mandalorian, which ushered in a fan obsession for a new bounty hunter, the second season of the Disney+ series served as a backdoor pilot for The Book of Boba Fett starring Temuera Morrison and Ming-Na Wen.

Despite premiering in the liminal space that is the week between Christmas and the new year, The Book of Boba Fett is exactly what Star Wars fans have been waiting for. Especially for fans who have long wondered how Boba Fett (Morrison) got out of the Sarlacc pit and wound up at the point of his reintroduction in “The Tragedy.” While the premiere of The Mandalorian delivered a lot of action, The Book of Boba Fett took a more sedate route with “Strangers in a Strange Land.”

Written by Jon Favreau and directed by Robert Rodriguez, the first chapter of the series read like a reintroduction to the character of Boba Fett—especially with the utilization of flashbacks from Attack of the Clones. It will be interesting to see if the dueling timelines are a persistent theme for the rest of the season. The flashbacks showed what Boba endured after escaping the Sarlacc pit, including how he eventually earned the respect of the Tusken Raiders, without completely dominating the episode.

In the present, it is revealed that, while Boba may be good for a fight or two, he is still recovering from the injuries that he sustained in the Sarlacc pit and what came after. The opening sequence, in fact, shows him submerged in a bacta treatment bath. It’s rare to see a character like Boba Fett—who has been gratuitously glorified in novels and comic books over the years—feel like a human. The Book of Boba Fett shows that he has his limits as a warrior and that he has to retreat to the bacta tank after the battle. It’s an interesting approach to see one of the galaxy’s best bounty hunters reduced to someone who can’t go as hard as he once did.

The Mandalorian redeemed the character of Boba Fett, in a lot of ways, but it seems that The Book of Boba Fett is priming up to show the human beneath the helmet and hardened bounty hunter exterior. Where Jabba the Hutt ruled Mos Espa like a tyrannical king, Boba has opted to rule with respect: sparring potentially unloyal Gamorreans, letting a contrary subject go unscathed, and meeting with the people of Mos Espa without fanfare. It’s a marked difference from how mercilessly brutal the character appeared to be in comics as recently as last summer.

Boba Fett is not, however, the only central character of the series. While he may sit on the throne, Fennec Shand (Wen) is sitting on the arm of the massive seat, offering counterpoints to his surprisingly soft approach to ruling Mos Espa. If the show continues to use flashbacks to fill in the past, hopefully, they will reveal how Boba took in Fennec after her near-fatal run-in with Toro Calican (Jake Cannavale) in the first season of The Mandalorian. In addition to being Fett’s loyal right-hand, Fennec also got to show off her fighting skills this week as she scaled tall buildings parkour-style to track down the remaining pair of goons that attacked them in Mos Espa.

The Book of Boba Fett is a groundbreaking series, not just because it is the second live-action Star Wars series, but because it is the first Star Wars series with Māori and Asian leads. In an era where most action heroes are twenty-to-thirty-somethings, Morrison and Wen break the mold, kicking ass well beyond the age of fifty. Both of these facts should be celebrated and commended, especially in a franchise that has often repeated similar character types in each trilogy.

The first chapter may be a bit of a slow burn, but The Book of Boba Fett was well worth the wait. Morrison makes for a spectacularly fun lead, bringing new life to the Bounty Hunter, and he pairs nicely with Wen, creating very exciting energy when the pair are in scenes together. There were also a number of fun cameos, including What We Do in the Shadows star Matt Berry as 8D8, Rodriguez as Dokk Strassi, David Pasquesi as the Mayor of Mos Espa’s Majordomo, and Jennifer Beals as Garsa Fwip.

The series seems primed to deliver a much more focused story, without relying heavily on larger galactic connections—at least in the premiere. Given a motif in Ludwig Göransson’s theme for the series, there is a possibility that the Crimson Dawn, who were first introduced in Solo: A Star Wars Story and are currently the central focus of Charles Soule’s Crimson Reign comic series, could make an appearance. The premiere of The Book of Boba Fett left the door wide open for anything to happen.