Still Out of My League 2021 Movie Review
Skip to content 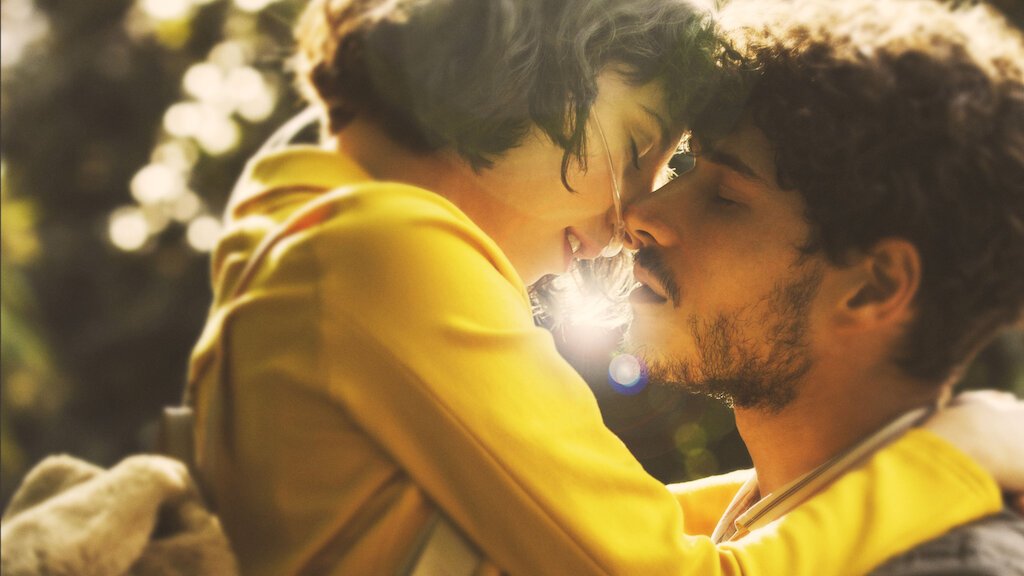 Still Out of My League 2021 Movie Review

When Marta ( Ludovica Francesconi ) breaks up with her boyfriend, it seems absolutely insane, as good as her ex looked. On the other hand: She is not alone for a long time, a short time later she is already in a relationship with Gabriele ( Giancarlo Commare ). There is only one catch: he has an offer in France to stay there for ten months. Are you ready for a long distance relationship? While she is still struggling with the situation and waiting for a new lung because her cystic fibrosis is troubling her, her best friends are struggling elsewhere. Federica ( Gaja Masciale ) has trouble with her new sexist boss. Jacopo ( Jozef Gjura) staggers from one online date to the next, but actually has one eye on the pretty delivery boy Tommaso ( Giuseppe Futia ) …

Even if the principle is a little morbid, if not outright tasteless, it still has a considerable audience. Stories about seriously ill young people who find their great love are published regularly and enjoy greater popularity. This obviously also applies to the Italian variant Not my league . Because just a few months after Netflix offered the film to a local audience, it’s still not my leaguealready the second part. A third is already being worked on. And in contrast to the middle piece, which wouldn’t really have needed – the predecessor was self-contained – this ends with such an outrageous cliffhanger that at least fans will need another conclusion.

However, no previous knowledge is required. It is true that from time to time Marta’s ex-boyfriend is referred to: A running gag looks so that nobody can believe that she has left him and not the other way around. But that is not particularly important, since a no less dazzling-looking new one is coming up. In general, people pretend that the characters look much worse than they do. Cheating doesn’t just happen in the dream factory. In other ways, too, the team at Still not in my league is very much oriented towards what’s going on in American romantic comedies. The motto here is no unnecessary risk, the audience should get exactly what it expects and demands.

This can be seen, for example, in the obligatory conflicts that are always built into such a film so that the whole thing can become really dramatic at some point. You know what will happen next long before the relevant scenes. Actually, even the characters know, which is why this automatism is somehow grotesque. That’s still not my league with Still even doubly annoying, because the first part worked a lot more with a bizarre humor, which upgraded the event. Almost nothing of that remained with the successor. You don’t have to be annoyed as often as with the predecessor. But there are also seldom reasons to be happy. Instead, the whole thing babbles forever, only to escalate again in a fit of panic at the end of the gate.

If this drama had at least been worked out somehow towards the end and thus deserved it. The film prefers to deal with the other topics, including a question that has been put off forever: Is Tommaso gay now or not? Cystic fibrosis is only pulled out of the hat when it is used dramatically, which is very cheap. In general, the characters have a talent for somehow making everything very cumbersome and thus dragging everything out. It’s a shame because the trio’s interaction would actually yield more than the weak story allows. Still not my league wastes a lot unnecessarily if it does not use its own strengths. If you liked the first part, you can try this and look forward to seeing the characters again. The rest are allowed to ignore the mostly boring comedy.

Still Out of My League 2021 Movie Review