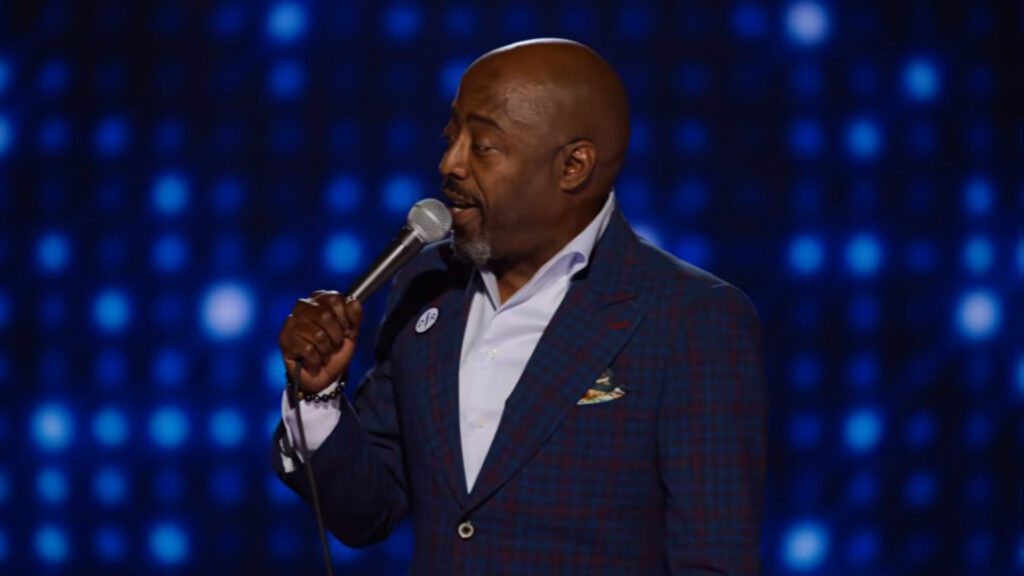 Snoop Dogg, the Long Beach native who broke through as a rap superstar in the 1990s, has managed to transcend generations and genres three decades later.

So whether he sidled up with Martha Stewart for Martha & Snoop’s Potluck Dinner Party on Vh1, or more recently with Kevin Hart to talk up the Olympics or 2021 in review for Peacock, or even for his own Peacock series, So Dumb It’s Criminal, he’s always succeeded in bringing his easy freestyling demeanor to whatever he’s asked. No wonder Netflix, which previously put out Coach Snoop, would want to include him in their comedy affairs.

For this showcase, Snoop delivered a medley of his own hits, had DJ Pooh dropping snippets of some other songs for everyone to singalong, then welcomed to the stage Katt Williams, DeRay Davis, Melanie Comarcho, Donnell Rawlings and Mike Epps to sling some jokes and sit with him for some casual banter.

This special knows what it is, and it’s in good hands with Snoop. You can tell the stark difference between this Netflix festival showcase, and say, the Jane Fonda & Lily Tomlin: Ladies Night Live showcase filmed at the same Hollywood Palladium (where they also shot the Bill Burr, Amy Schumer and “The Hall” showcases), even in Snoop’s intro, where he and DJ Pooh riffed off and around Al Green’s “Love and Happiness.” After which, Snoop joked how much it’d cost to sample that song. “But don’t trip. Netflix gonna pay for it.”

Snoop may have a world-class reputation for getting and being stoned, but he’s not going to deliver a half-assed performance or special. Even the banter with each of the comics, which comes across so organically and effortlessly, is full of great moments. Davis had a blast reminiscing about how Snoop sometimes forgets his own lyrics and needs a piece of paper or a TelePrompter to help him out, but could also pivot when Snoop asked about Davis’ longtime friendship with Kanye West, and stick up for Ye as still just a human, going through life’s pitfalls.