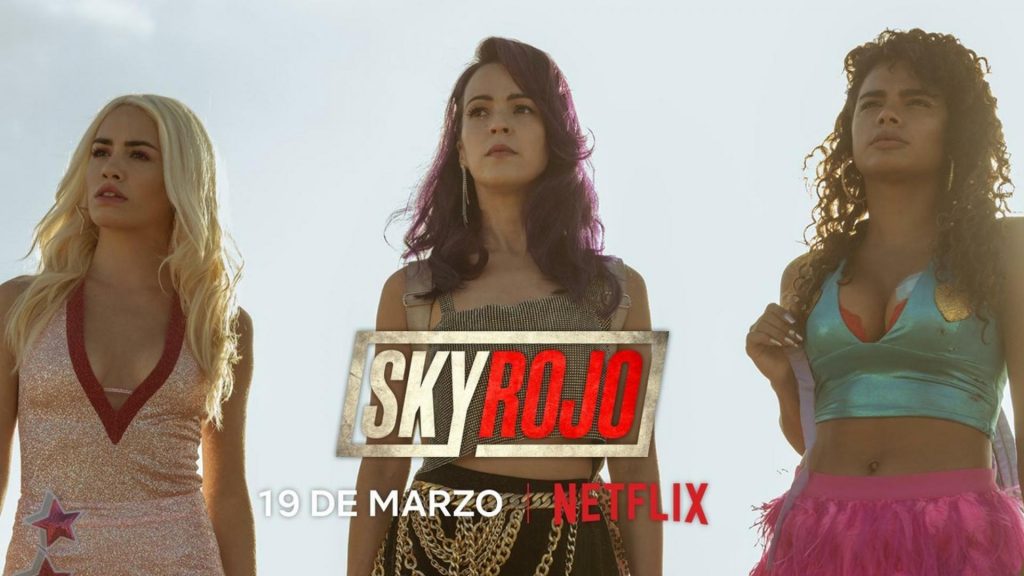 This show is made by the same creators as the much acclaimed show Money Heist, so I decided to watch Sky Rojo and here is my review for it. The premise of the show sees a trio of prostitutes on the run from their pimp and his henchman.

Main Character There are really three main characters on this show, Veronica Sanches as Coral, Lali Esposito as Wendy & Yany Prado as Gina and these girls are all having plenty of fun in their roles. The three of them all have really good chemistry together and you see the bond between there characters as they have gone through this pretty terrible experience together and it does make this show more enjoyable and you do grow to care about these women despite them being prostitutes.

Supporting Characters The supporting players are okay, really the main ones are the pimp and his henchman and they are decent for the roles that they are given. They fit the role that the show needs and I guess that is enough but I can’t help but feel like the show misses a trick with them. Every male character is a bad person in some way or another and I understand why to a certain extent, but it makes it hard to really believe the situation of the characters when the majority or all other characters are evil and not given any real depth. The main characters are given plenty of backstory and character and they just failed to do that with the other characters in my opinion.

Story The story is a fun one that also has some darker themes to it. It is entertaining to see these three women on the run from these henchmen and the really creative ways that they stay one step ahead and the main characters are allowed time to progress throughout. The show also does try to focus on the prostitute industry, but it isn’t particularly smooth at this, it shows it as very glamourous and over the top and I get why but it does feel a bit strange. Also this show ends on a huge cliffhanger and even though it was effective I am not sure the show earnt it and it felt a bit like it was just there for shock value and without a huge plan.

Script The script is fine, there are some fun moments and dialogue that did have me laughing when I was supposed to. There is also some okay drama but in my opinion it never hits the level that it should, with the heavy subject matter there could have been more weight to it but it never did for me and that was a shame.

Style This show has a very cool style to it, it has a great soundtrack and the way it is filmed is clearly meant to be cool. The show just looks really nice, from the cast to the action scenes to the setting that it takes place in. The episodes are also much shorter in length then I thought with some only being 20 mins long and it actually worked and made the show feel like it had a faster pace. But this shows style had a major flaw for me and when I noticed it, it bugged me for the rest of the show and that is that the aspect ratio kept changing. I understand it was done for a story reason but it was really jarring and just happening too often and it started to annoy me.

Overall Overall this is an above average show that is a pretty easy and fun watch. Sky Rojo is a show you can get through quickly but I must say watch the show in its natural Spanish tongue with subtitles, the English dubbing is awful and it is better with the subtitles. If you have a few hours free you could do much worse then Sky Rojo.