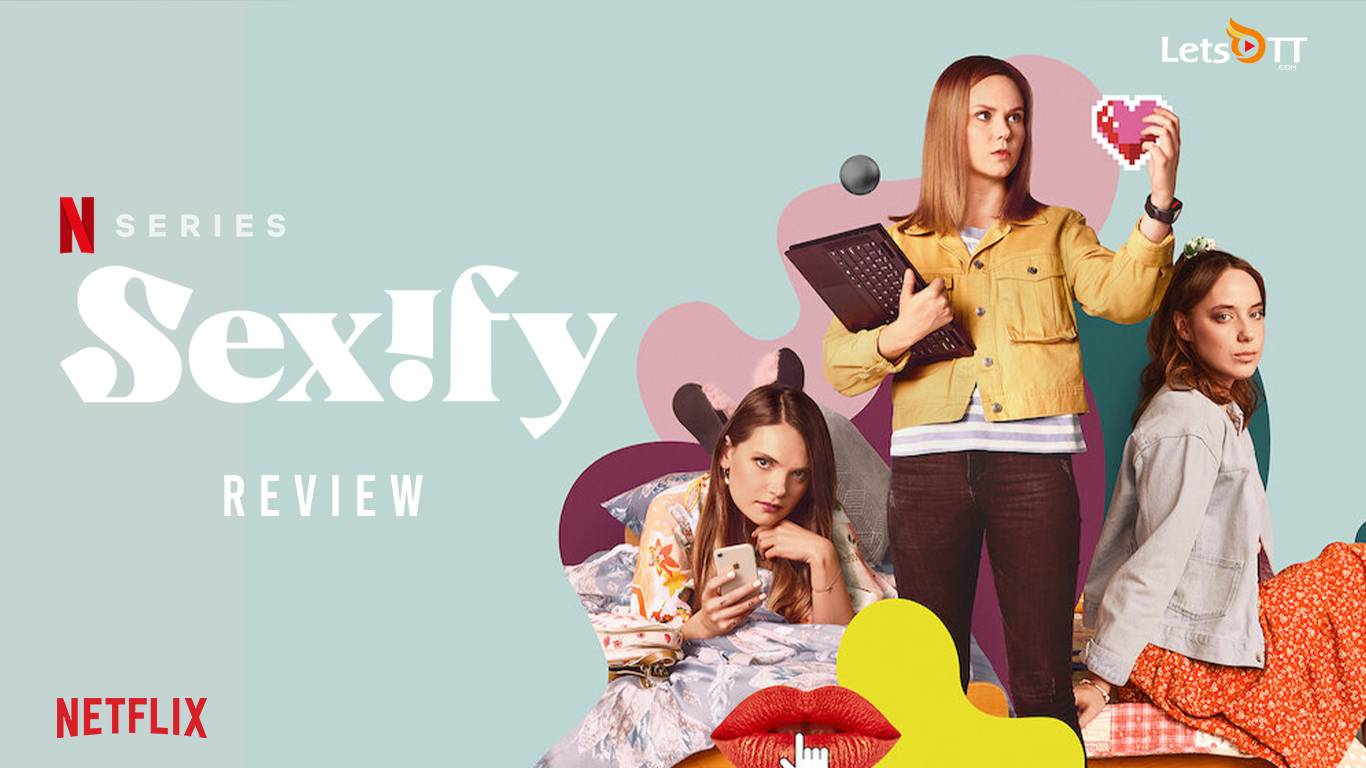 It’s one of the most clichéd, yet tried-and-true marketing mantras when it comes to peddling products or attracting consumers to services: Sex sells. Advertising has long been filled with sexual innuendos, and over the past decade, TV shows have daringly followed suit. If you’ve seen any huge series that fall somewhere between Game of Thrones, Euphoria, and Netflix’s controversial movie 365 Days, you already know how sexually explicit and gratuitous TV can be. That’s exactly why Netflix’s new Polish series Sexify falls flat-viewers have already been there and done that.

Starring Aleksandra Skraba, Sandra Drzymalska, and Maria Sobocinska, Sexify is about an ambitious college student’s efforts to develop a game-changing app for both her graduation project and an all-important tech competition. After being advised that her fine-tuned sleep optimizing app isn’t “sexy” enough, Natalia (Skraba) eventually lands on the idea to design an app, called Sexify, that simplifies the female orgasm.Natalia enlists the help of her friends Monika (Drzymalska) and Paulina (Sobocinska) to get the innovative sex-focused app up and running, and they learn about the caveats of female pleasure, try to help other women have better sex, and ultimately learn more about their respective sexual identities in their journey. If you’re thinking to yourself that Sexify‘s premise sounds eerily familiar, you’re right-Netflix has already charted similar territory with Sex Education.

To be fair, both of the streaming service’s original series have their own unique styles and distinct storylines, but Sexify feels deflated in contrast to its contemporary because its eclectic style completely overpowers its narrative elements. Rather than proving to viewers that there’s more to the female orgasm than they originally thought, Sexify assumes that viewers, like its characters, will be content as long as vibrant sexual imagery is front and center; but unlike its characters, viewers can escape the world of Sexify with the touch of a button.

Quite frankly, there are several points over the show’s eight episodes that offer an opportunity to do just that. The first half of the season drags its feet by having the characters run in narrative circles, and by the third episode, the ragtag Sexify team has disbanded and reunited too many times to count. From the relentless and repetitive soundtrack-which is often awkwardly-timed despite boasting an admittedly impressive and diverse assortment of hip-hop-inspired beats-to the general lack of direction that the dramedy’s plot suffers from, Sexify regularly gets lost in its own sauce. If the exhausting 50-minute episodes were trimmed down and the show was more focused overall, the show would be much more of a joy to watch, and the second half of the season-in which three out of the four episodes had a runtime of 40 minutes or less-gets significantly more enjoyable.

There are some amazing plot points and characters that would have truly shined had they been executed better. Paulina’s side mission to find the perfect balance between satisfying her sexual needs, following her religion, and figuring out whether her engagement was worth saving quickly became one of the most compelling storylines of the entire season. Even Natalia’s unwavering appetite for success appears to be rooted in some underlying family drama that definitely should have been unpacked further. Plus, secondary characters like Natalia’s easygoing college adviser Dr. Krynicki (Wojciech Solarz) and the shady dorm supervisor (Ewa Szykulska) brought some of the funniest blink-and-you-miss it moments.

With such a promising premise and several unresolved storylines, there’s still a possibility that Sexify can make some vast improvements in a potential second season and be a show that stands tall amongst its contemporaries. For now, however, the first season of Netflix’s new original series tries to win viewers over with a gimmicky portrayal of sex, and that alone won’t be enough to sell TV enthusiasts on this middling Polish drama.