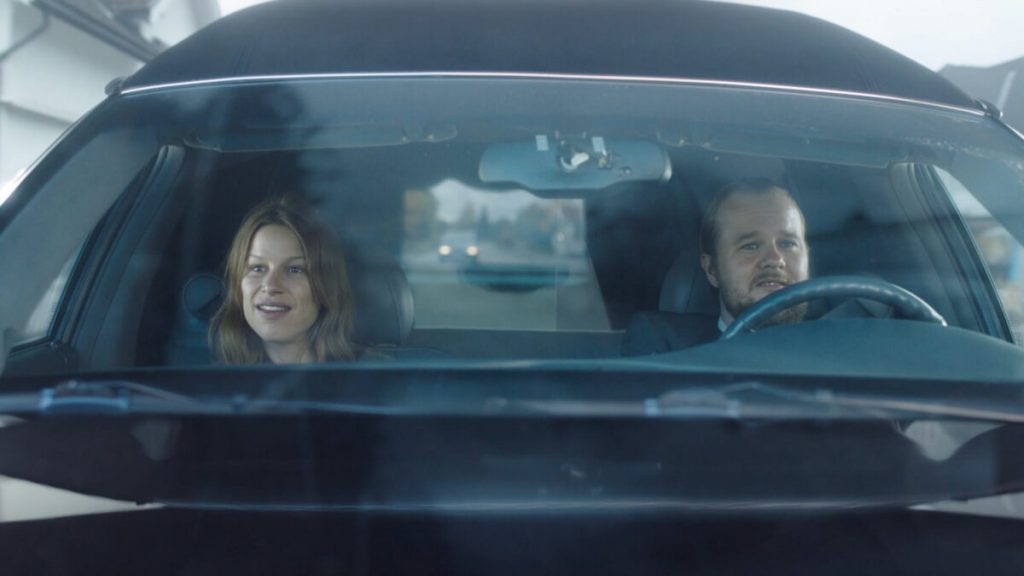 Nowadays if any producer wanna make his vampire series or movies stand out from the crowd, he really needa think out of the box with something we audiences’ve never thought of. Examples like The String, From Dusk til Dawn series (both the movie and TV) and the recent Blood Red Sky. Without further ado, Post Mortem is certainly a good example of the genre: a funeral agency in debt and a not-so-blood-sucking vampire. To make it straight to you, it don’t even think she is a vampire at all. She is more like a poor victim of bloodthirsty tackling her ordeal.

First thing first, any sci-fi element in the series has been carefully removed so that it wont be another sort of sci-fi V-War. The main actress has been carefully chosen so that she doesnt look like another eyecatching Vampiria. In fact she gives me an impression of a neighbouring girl n her acting is simply flawless. Look at her facial expression and body language as an blood-addict!!! The whole story is thus framed into the interaction of the girl and her declining family business of funeral agency. A funeral agency which is about to go bankruptcy, ah, kinda new inspiring idea.

What comes next is the dark humour that we can see in every episode. For humour it means its not for everyone coz we could have very different cultural background. To me Nordic noir is something not seen everyday. So. I buy it for sure!

Scandinavian dark humour could be fun, as long as you could keep up with the pace…… which is the rub. But we ve got choices.

This series would be your cup of tea/coffee if u r a vampire genre fan n u r dying for something different. But here is the catch: every element is minimalistic in the series. If the first 2 episodes can’t impress u or make u smile once or twice, then u should better knock it off.