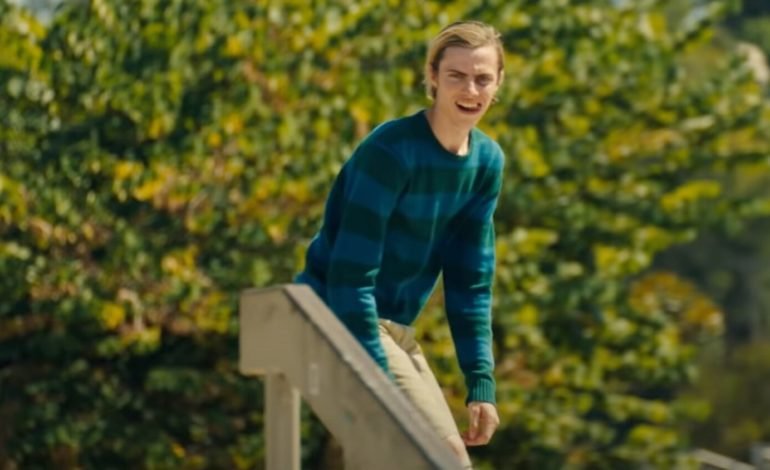 For those who appreciate coming of age films, this one’s for you. I can guess that every human being in the world has second guessed their career choice many times. This could be altered due to opinions from others, like friends or even family, and/or life experiences. Many of us can remember the moment where we knew what we wanted for ourselves and our future just to realize how much work was needed to progress and people we had to sacrifice to get to where we wanted. Luckily, director of Cherry Bomb the Documentary and the Illegal Civilization trilogy, Mikey Alfred, depicts these moments very well with North Hollywood.

Michael, played by Ryder McLaughlin, is a teenager trying to understand what being a friend, boyfriend, and son means all together as he tries to figure out if professional skating is what he truly wants to spend his life chasing after. He is confident enough of his talent that he strongly believes he can make it although there are others that doubt him or do not agree with his life choices as he grows. He has his father, Oliver (Vince Vaughn), who gives him an ultimatum: focus on college or become a construction worker like him. It is not that Oliver does not believe in his son but does not want him to fail and end up in the same position in the future. Alfred feeds us Oliver’s perspective on life as to why he wants his son to succeed even though it could be misinterpreted by Michael. He wants him to concentrate on having a decent job and knowing basic tasks like learning how to tie a tie, why the shower curtain should be inside rather than outside, why skateboards should not against walls and even showing him how to defend himself in fights. This can be seen as tough love but as the film progresses, we notice Michale becomes highly appreciative of his father.

Besides the difficulties Michael faces with his father, Mikey Alfred takes the opportunity to mention how family is not the only people who can cause hardships but friends and even girls can as well. Michael’s closest buddies, Jay (Nico Hiraga) and Adolf (Aramis Hudson), seem to have their life figured out. Jay decides to go to college while also being able to skate in his free time and Adolf choosing a job. Not to forget to mention Rachel (Miranda Cosgrove), a girl he has crushed on since the second grade, had recently been admitted to Harvard. This causes uncertainty within him that he decides to build a relationship with professional skaters Nolan Knox (Bob Worrest) and Isiah Jordan (Tyshawn Jones) to guide him on the right path while traveling and taking shots of him to promote to sponsors.

North Hollywood may just be seen as another coming of age film but it almost feels nostalgic to our younger years when we were all trying to “figure it out”. It helps us see and acknowledge the fact that we may have to lose people in the process of our goal. Not everyone will want to follow the same path as another person and we must learn to accept and be understanding of those who choose to grow independently to get to where they need to. Our parents and friends cannot always agree with what we choose in life but what matters is those who can support us along the way. Just like in the film, I will leave you with this quote, “In the pursuit of the things I want, I lost the things I need. I am alone.”