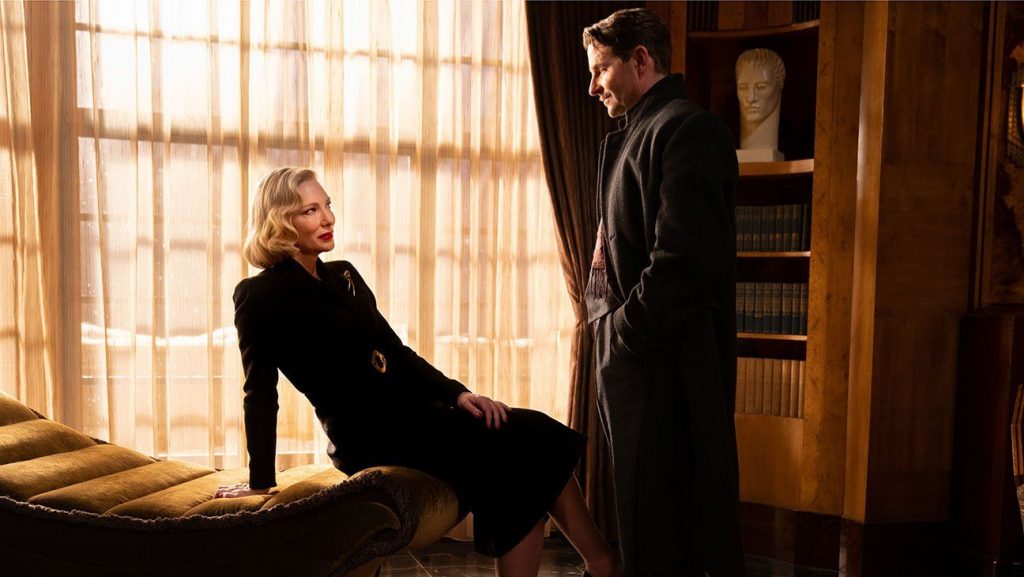 The observation that men are the real monsters in Guillermo del Toro movies has become so vividly self-evident that it now offers all the same insight of noting that Quentin Tarantino loves feet, or that the old guy who popped up in the first two dozen MCU films had something to do with the comics that inspired them.

“The Shape of Water” may have been a bold choice for Best Picture, but that Oscar-winning fable about a mute cleaning lady who falls in love with an imprisoned fishman stretched del Toro’s lifelong obsession with poignant genre stories to a fairy-tale ending. It was hard to imagine what “happily ever after” might look like for someone whose B-picture heart earned him prestige-picture hardware. Would he pivot away from his pet obsession, or would he use his newfound pedigree to double down like never before?

The answer, perhaps inevitably, is a bit of both. Adapted from William Lindsay Gresham’s jet-black 1946 novel of the same name (but even more indebted to the 1947 Edmund Goulding adaptation starring Tyrone Power), “Nightmare Alley” is the first del Toro movie that features no supernatural elements whatsoever. That’s enough to indicate a major change of pace, but the most significant departure this glossy abscess of a noir makes from its director’s previous work is here, men are the only monsters (along with a woman or two).

It’s a subtle distinction — or as subtle as anything can be in a film about carnival barkers and circus geeks shot to look like a Norman Rockwell painting of Hell — and sometimes a thrilling one. Without fauns, vampires, or six-foot cockroaches to externalize the world’s evils, del Toro can look past the blinding horrors of fascism, mortality, and the New York City subway system to tell a story that focuses less on the monsters around us than it does on the monsters inside.

It starts with del Toro casting one of Hollywood’s most handsome actors as a man who can’t bear to look at himself. Bradley Cooper is charming drifter Stanton Carlisle, a blank slate of a stranger who says nothing for the film’s first 10 minutes and speaks with an unassuming drawl when he finally does.

Stanton presents himself as a humble nobody who’s happy to work a shit job if means a hot meal, but the ominous prologue in which he burns his father’s house to the ground — and his father’s corpse along with it — suggests our boy might have a few skeletons in the attic. Not that carnival barker Clem Hoately, played by a devilish Willem Dafoe, would give a damn about that; everyone in his extended family of misfits and outcasts wound up with the circus because they were falling from grace or fleeing its absence, and none are in the habit of asking questions.

Set between 1939 and 1941, Del Toro and Kim Morgan’s brassy script is more faithful to the previous film than it is to the book that inspired it, and likewise ditches the pungent backstories that made it impossible to read Gresham’s novel without getting dirt under your fingernails. All the same, this movie is bursting at the seams with actors who can imply richer histories than most people could ever hope to write.

David Strathairn is an early standout as alcoholic mentalist Pete Krumbein, a man who used to do shows in Paris and now drinks to forget that he’s passed out under a flea-infested stage in Palookaville. There’s a lot of wisdom sloshing around that soggy head of his, and Stanton is suspiciously eager to receive it.

Pete’s wife and “psychic” stage partner Zeena (Toni Collette) tries not to dwell on the past, which is easier to do when Stanton knocks on her door and then strips down for a bath in her living room. Of course, it’s only a matter of time before Stanton’s eyes fall on the young and unbruised Molly Cahill (Rooney Mara), who was born into this life and doesn’t seem to want for anything better.

For all of these colorful characters, it’s arguable that no one makes a stronger impression on Stanton than the feral geek whom Clem plies with opium and keeps locked in a cage until showtime… when he rips a chicken’s head off and drinks from its neck for a scandalized crowd. Stanton has a gift for reading people, but he can’t figure out how a man could be reduced to such a sick attraction.

Clem is happy to explain the process in giddy detail, but that doesn’t make it any easier for Stanton to understand. Some people will drink anything to get away from their fears, while others were born to prey on their hopes. Stanton is as certain of that as he is of his role in that equation, and Cooper is so good at playing men who believe their own bullshit that we naturally assume he’s right.

Of course this slick-talking salesman is smarter than the rubes who pay a quarter to watch Molly electrocute herself, or listen to Zeena communicate with the spirit of their dead father (he’s here and he’s proud of you). And if a little bit of magical thinking helps them sleep better at night, what’s the harm?

Then again, Stanton might not be as qualified as he thinks to make that call. Just because he’s spent his entire life thinking exclusively about himself doesn’t mean that he knows the first thing about who he really is under that symmetrical smile. All it means is he doesn’t want to know.

After he and Molly steal away from the circus and find success performing second-rate Ricky Jay shows for the Buffalo elite, it seems like Stanton might get rich enough to stop looking altogether. The prospect is so tantalizing that he doesn’t even think to ask why a local psychologist, of all people, is so determined to help him try.

Cate Blanchett inhabits the role of Dr. Lilith Ritter from the cheekbones out, and cinematographer Dan Laustsen lights the pistol-packing femme fatale like she’s always standing next to Gene Tierney’s window slats. Lilith introduces all sorts of sharp angles to a movie that often loses its contours under shiny layers of saturation.

It’s such a thrill to watch Blanchett spar with Cooper during their characters’ private sessions — the shimmering art deco sets and constantly falling snow add a gothic menace straight out of “Batman Returns” — that del Toro might be forgiven for only allowing she and Mara to share a single uncanny scene, each of the actors kitted out in mid-century looks worthy of the “Carol” reunion.

Strong as Blanchett’s performance is, however, the back half of this story sands down Lilith’s darkest contours. The character does a fine job of cutting Stanton down to size, but del Toro can’t help but make her seem larger than life in the process, and that grandiosity muddles Lilith’s part in Stanton’s inevitable downfall.

“Nightmare Alley” is mercifully less plastic-looking than del Toro’s recent work, but even an Oscar-winning tiger can’t change its stripes. The sleek patina the director brings to all of his digital work is still a poor fit for a film so bleak that every ray of light feels like a lie that Stanton is selling.

That approach has its upside, particularly in the sweet-and-sour carnival scenes that make all of America look like a corpse that’s been beautified for an open casket. However, the florid melodrama that seeps into the second half is pushed so far that the world itself begins to seem unreal, and not just Stanton’s conception of it. Perhaps that’s just del Toro’s way of getting viewers to see through the ruse, but we lose so much texture about these characters in the process.

By the time “Nightmare Alley” reaches its perfectly sick punchline of a final scene, it’s hard not to feel that del Toro understood Stanton’s trajectory better than the hunger that propelled him. After all, Stanton is the director’s polar opposite: One is a true believer who doesn’t expect audiences to take his stories literally, and the other is a con man who needs his clients to buy into every word. Watching del Toro try to render his negative image is never boring, but people can only find so much detail in their own shadows.

If “Nightmare Alley” still manages to sting, that’s because all the computer-assisted saturation in the world can’t blunt the power of Stanton’s gradual self-discovery. “Take a look at yourself, sinner,” reads a sign above the mirrors inside Clem’s House of the Damned, and del Toro makes sure he does just that. This sordid excavation into the hollowness of a human soul is a strange fit for a director who’s spent his career searching for magic in the darkest margins of our world, but del Toro’s natural empathy for even the most damnable creatures he finds there sparks new life into “Nightmare Alley” as it narrows towards its inevitable dead end.