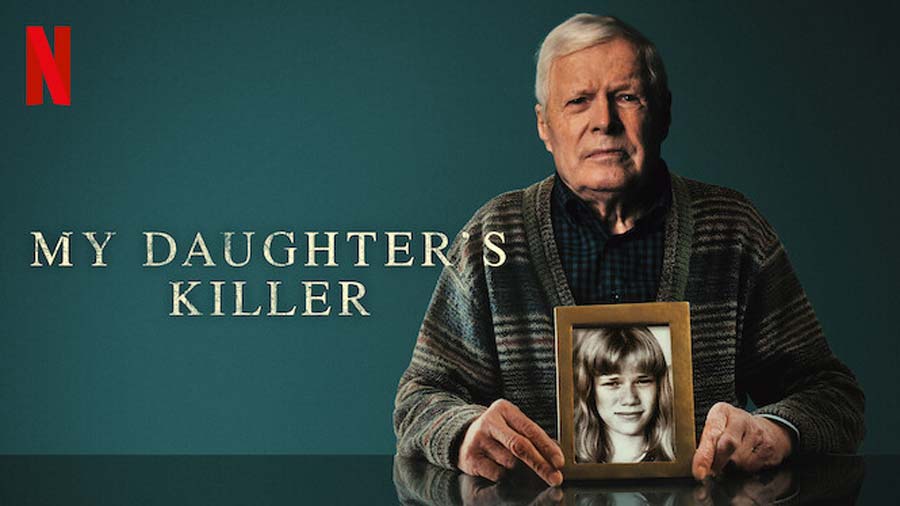 My Daughter’s Killer sounds like an American Netflix true-crime documentary. Thankfully, it’s not. That’s not to say American true-crime documentaries are terrible – they’re immensely watchable, addictive almost. That’s the problem, though. I’m not sure if true crime, as a genre, should be ‘addictive’. The stories emerging from America are distinct in their absurdity. But the storytelling tends to skirt the realms of sensationalism, almost as if the makers are constantly asking us: Wow, can you believe how crazy this is? It’s not a bad thing per se. However, this style risks the loss of humanity in narratives; the entertainment value far outweighs the engagement value. My Daughter’s Killer is French. And, without reiterating stereotypes, it shows. There’s an unsaid cultural code: a sense of awareness about how the retelling of a decades-long tragedy unfurls, and an inherent trust in the viewer’s ability to locate the soul of the story. The storytelling is sharp, no-frills, and oddly poignant.

The 85-minute documentary is about a man’s tireless fight to bring his daughter’s killer to justice. Like most non-fiction features, it starts as an investigative account exploring familiar questions: How did she die? Who did it? In 1982, a 15-year-old girl, Kalinka, dies in Germany under mysterious circumstances. Her stepfather, a well-respected doctor named Dieter Krombach, claims it was sunstroke. The mother is shattered. Kalinka is buried. The autopsy report is unclear. Something isn’t right. The girl’s stepfather, Andre Bamberski, who lives in France, is soon convinced that Krombach was responsible for her death. He doesn’t have solid proof, but he knows. Except nobody believes him.

Andre is known to be a difficult man, and his bitter divorce – triggered by his ex-wife’s affair with the popular Krombach – implies a motive of revenge. He is obsessive and almost simplistic in nature. Yet, despite his reputation, he stays the course. He hires lawyers, and detectives and puts fliers all over the German town. He even follows Krombach, obsessive in his quest to prove obvious. In a way, his journey is an indictment of the role that image plays in our perception of people. The documentary does a fine job of playing up Bamberski’s isolated journey – and his tunnel-vision attitude – in the 1980s. Not for the first time, you also wonder what a difference social media – and a digital world – might have made for a man alleging murder from all the rooftops. A trial by social media, and by extension, public opinion, was a distant dream back then.

This is when the documentary becomes interesting. The talking heads are lawyers, journalists, ex-patients, neighbours, but also Bamberski himself as an old man. Driven by his interview, My Daughter’s Killer reaches a stage where it’s no more about whether Krombach was guilty. For instance, it shows us footage of an interview with a female reporter, where, despite being convicted in France, the German doctor sits pretty in his clinic and sounds anything but remorseful. The film reveals a patriarchal German culture back at a time when victims were mocked and powerful predators were protected by the society that nurtured them. By doing so, it assumes that Krombach is guilty – that he’s a serial rapist, a sexual abuser and a pedophile – and then delves into Bamberski’s audacious effort to take the law into his own hands. Once the system fails him, Bamberski, a grieving father, becomes a vigilante of sorts.

Watching an aged Bamberski describe his mission on screen is moving in a way most fictional, high-pitched rape-and-revenge thrillers often fail to be. Watching footage of him in 2007 – followed by testimonials of people (including cops) praising his undying sense of fatherhood – would put Taken to shame. There’s no doubt that the makers of this documentary believe in Andre Bamberski. But what’s remarkable is that this isn’t a celebration of his grit and endurance. It isn’t an ode to an underdog’s fightback against a rigged system. It recognizes the toll taken on a common man who, along the way, has stopped knowing any other way to live. At some point, as a viewer, you start to wonder if Andre Bamberski is persisting for his late daughter – or for himself. To the maker’s credit, this is never spelled out.

Others describe his house full of files and charts, an image we often associate with aging people who derive purpose from fighting futile battles against impenetrable systems. This purpose, in his case, is justice for a daughter whose face is fading from his memory; he wants to do right by her, yes, but he also wants a reason to mean more than he does. He wants a way to hold onto the only identity he was proud of: parenthood. He is so determined that even the documentary becomes about him, and not about the innocent girl whose life was abused and taken by a vile stepfather. This purpose, in the case of many others, might have been a long-standing property dispute against a powerful builder – pursued with precisely the sort of intensity that Bamberski exhibits. Or it could be a case against a previous employer who defaulted on payments. Or a PIL against a local politician. Looking at Andre Bamberski, the French father who brought Germany to its diplomatic knees, you’d never be able to tell the difference. After all, seeking is an act of survival – and the art of remembering how to live.