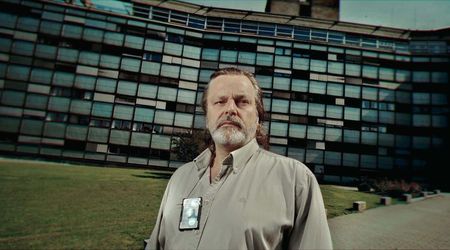 A true-crime drama which is a four episodic docuseries in the Norwegian language, ‘Mr Good: Cop Or Crook’ is a story that gives an insight into the life of Norway’s best cop Eirik Jensen who stars as himself in the series with more emphasis on the high profile criminal case related to his arrest after his involvement in a 2013 drugs scandal and racket was exposed. The series attempts to ask the question that has been plaguing everyone’s mind which is that is Eirik Jensen indeed the best cop of Norway or is his reality of being Scandinavia’s biggest drugs trafficker ever real and true.

The official synopsis reads, “Mr Good: Cop or Crook? traces the incredible criminal case against the most famous Norwegian cop Eirik Jensen. The true-crime series asks the question that’s been gripping the nation since his arrest in 2013: Is Eirik Jensen the best policeman in Norwegian history or is he in fact the biggest drug trafficker Scandinavia has ever seen? With unique access to both Eirik Jensen, this doc series features charismatic, colorful characters and tells their unbelievable story from their first encounter in the 90s to their potential downfall in the courtroom in 2020. Viewers will be wondering until the end – who is telling the truth?”.

A Norwegian drugs trafficker and former policeman, Jensen who is a prisoner currently in the Kongsvinger prison, plays himself in this true-crime docuseries that chronicles his life both as a former policeman and also as a drug trafficker as it opens up on his high profile arrest and court case later on.

Every year the global streaming giant Netflix keeps on introducing new shows into its umbrella and this time they have exciting news for fans who have a palette for watching crime dramas. Netflix is coming up with a Norwegian crime drama docuseries titled ‘Mr Good: Cop Or Crook’.

If netizens have loved watching crime dramas on Netflix like ‘Peaky Blinders’, ‘Ozark’, ‘The Serpent’ and ‘Clark’ then this series is right up their alley. The show’s producer Bendik Mondal says: “The story of Eirik Jensen has fascinated the Norwegian population for many years. We believe that this story deserves to be told with a broad framework, and we are very excited to partner with Netflix. This series is a portrait of a man as well as an insight into one of the most talked-about criminal cases in Norway in recent times.”