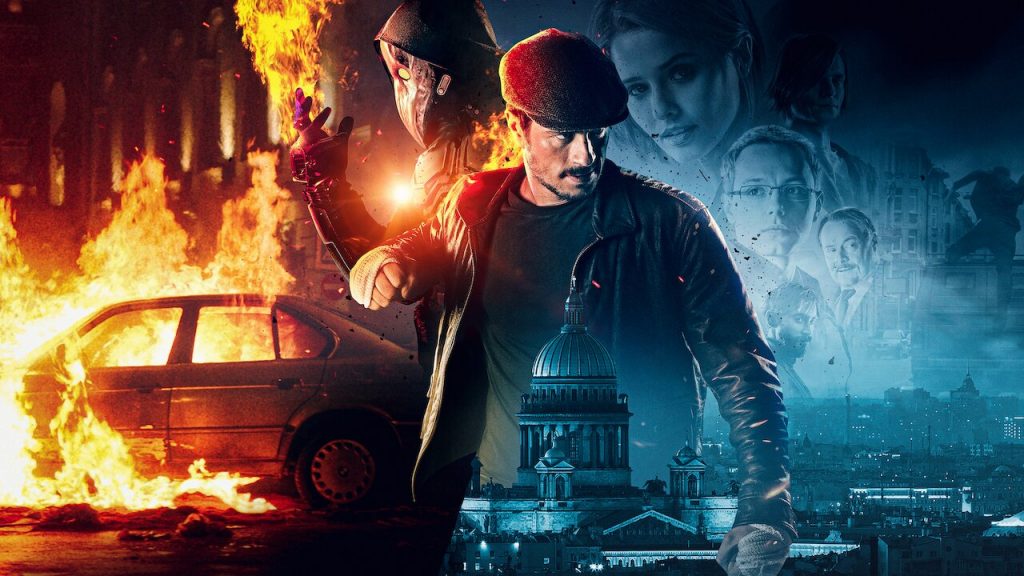 I do not want to take up a lot of your time, because reading this you want to understand whether it is worth going to the movie. And if you really are wondering this question, then get your hands on your feet and run to the movies. During these two and a half hours, you will get the full range of emotions and are unlikely to feel anything negative.

The main character-Igor Grom-a police officer from St. Petersburg. He sincerely believes in justice and never takes bribes. A Plague Doctor appears in his path. He is obsessed with the idea that all violators of the law and corrupt officials should be punished and nothing else but death. He publicly commits the murders of the most dirty corrupt officials and criminals of the city and raises people behind him. The viewer will have to choose their hero throughout the film.

This is about how I can describe the synopsis of the film. If you take the plot as a work, then it is quite interesting and does not make you bored. Each character has its own arch and each of the characters represents something. The only one who was deprived of a stronger description is Major Thunder himself. But as I understand it, this is done with the expectation of continuing the film universe, where we will be more immersed in the past of Igor Grom. The only point in the film that slows down the dynamics a little is the transition to the climax. But as soon as the second hour of the film begins, it begins to throw you the most interesting twists. I would like to note that each scene has something in it and there are almost no empty scenes.

Separately, I will note the movie’s screensaver, which deserves all the praise. It shows what kind of movie you are watching and what it will be about, but so competently and beautifully that it is exciting and gives goosebumps.

Many people want to find a political subtext in the film, but it is not there from the word at all. Both characters (MG and BH) they have one goal, but they want to achieve them with different goals. And here comes the main question of the picture: “Who’s your hero?”

The humor in the film is not sparkling, but it is appropriate and not at the level of Russian comedies. That is, jokes fit into the atmosphere of the scene, the situation and, as a rule, convey the relationship between the characters.

As a result, we have a good film, which by Russian standards is a revolution. This is a real movie comic that touches on an important topic and conveys an interesting story, so I give the film 5 stars, not less. For 2.5 hours spent in the cinema, I have never regretted and I wish you to go to the cinema, support the creators and get a real pleasure from this film.