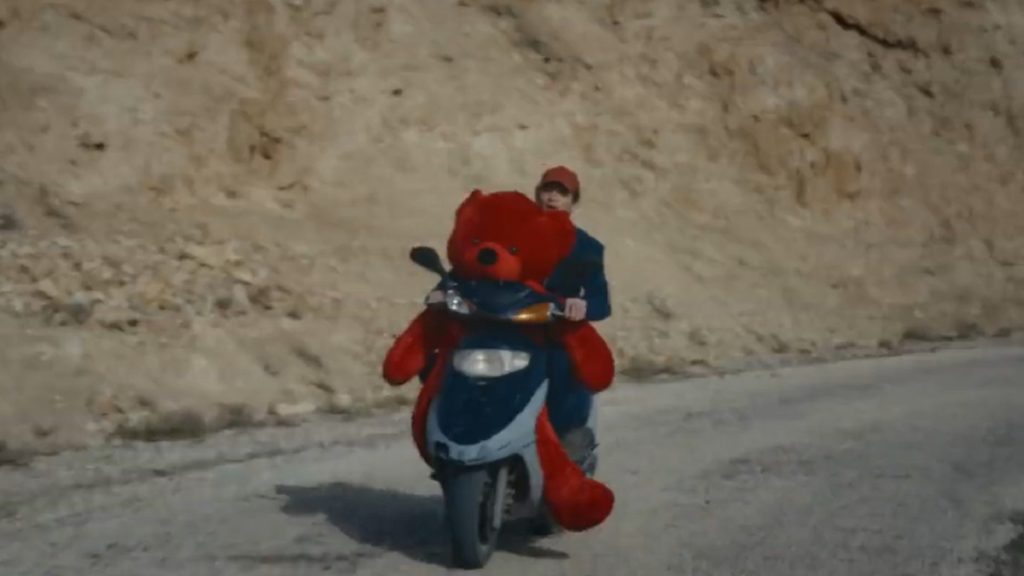 The first episode, “O Brother”, directed by Egyptian director Sandra Bassal, it’s Valentine’s Day, and a village chief (Salah Abdallah) is excited that it’s the day of the engagement party for his daughter Shorouk (Passant Shawky), who is going to marry an engineer. At one point she was going to marry Diab (Ahmed Ezz), a struggling dirt farmer, but the much more financially stable engineer is a better match, according to her father.

As Shorouk goes to work as a schoolteacher, a young cow named Samah goes missing. The chief is so distraught that he tells his crew to go through town and tell people he’s offering a 50,000 pound reward for the cow’s return. One of the reason why the reward is so high is that he thinks it’s a bad omen for Shorouk’s wedding.

Diab’s little brother Faris (Adham Hossam) hears about the reward and goes to Diab, begging him to help him look for the cow. Diab feels everyone will be looking for Samah, so why should he? But Faris keeps following his brother around, annoying him into helping him search. But Faris has another idea that he’s not telling his older brother about: Bring Diab and Shorouk back together, so they can rekindle their romance.

Like Modern Love, the quality of the episodes of Love, Life & Everything In Between will vary. The episodes are all directed by different directors, and they’re from a number of different countries around the Arab world.

The first episode, “O Brother,” is indicative of what a viewer might get out of the series. It has a lot of warm moments, especially between Diab and Faris. Faris is developmentally disabled but there’s definitely some guile behind his innocence. In one of the more touching moments of the episode, he tells Diab that he wants his brother to get back together with Shorouk and “have a brother that looks like me.” Of course, the kid wouldn’t technically be his brother, but the sentiment was effective.

Of course, with less than a half-hour to tell the story, a lot of steps were skipped, but Bassal did a good job of showing why Diab and Shorouk should be together.

If there was any difficulty we had with the episode, it was its lack of clarity about Samah. Was this another one of the chief’s daughters? Even when the chief tearfully tells his prized cow that “she’s my daughter as much as yours,” we weren’t 100% sure he was talking about a cow. There are some other culture-specific references that might pass over viewers’ heads. But that’s to be expected on an international show; it shouldn’t detract from how much you enjoy the episode, but it may take a second of mental energy to figure things out.