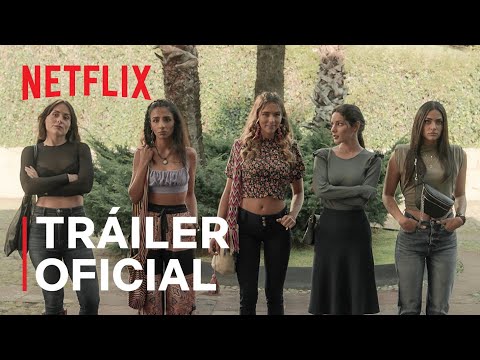 Go ahead, try not to roll your eyes at the concept of Mexican Netflix telenovela The Five Juanas: Fate puts five women named Juana in Cancun at the same time, where they realize they all have the same birthmark on their butts. WACKY. This 18-episode quest for paternity — titled La Venganza de las Juanas in Spanish, which translates to the far-more-tantalizing Revenge of the Juanas — boasts more than its share of ridiculous situations just in the opening episode, which is soapy, and, well, I can’t resist calling it “cheeky,” with apologies, although I’ll stop short of saying it’s “tongue-in-cheeky,” because I’m above such crass innuendo. It’s sexy and silly in equal measure, so maybe it’ll be some guilty trashy fun.

An overhead shot of Simon Marroquin (Carlos Ponce) lying on a red couch, speaking in voiceover about dark secrets.

That shot of Simon? It was intercut with glimpses of hyperstylized sex scenes drenched in blue light. Then we jump to Cancun, where we cycle through introductions to the Juanas via the following wunzas: Wunza stripper, Juana Manuela (Zuria Vega), the high-end type who doesn’t do gigs that put anything less than a stack of C-notes in her hands. Wunza singer, Juana Matilde (Juanita Arias), stopped from returning to Colombia by federal authorities. Wunza psychic, Juana Bautista (Sofia Engberg), stuck reading tarot cards at a crappy bachelorette party. Wunza nun, Juana Caridad (Oka Giner), trapped in a dingy apartment while the cops raid a nearby drug HQ. And wunza journalist, Juana Valentina (Renata Notni), who we meet spreading her mother’s ashes on the Cancun beach.

Fate, played by the show’s writer-deities, is a significant character here, because he/she/it/they makes sure several things happen, most notably the following: Each introductory sequence contrives to show each Juana’s bare/mostly bare ass in close-up so we get a good eyeful of birthmark and cheek. All Juanas end up at the same hotel at the same time. An earthquake that prompts evacuation of the entire building and puts all the Juanas out on the party patio. Another series of contrivances allowing us to see a series of bare buttcheeks in close-up, so the Juanas can realize that something fishy is going on with their lives, and not just because the birthmark is shaped like a fish.

Meanwhile, we also get a shot of a TV-news interview with Simon Marroquin, who happens to be some kind of Important Politician. It doesn’t take a mathematician to put two and two together with this plot, but who knows, telenovelas sure do like their ludicrous twists.

Well, nobody’s asking us to take this shit seriously. Anyone with basic brain function can deduce how the sisterly dynamic is gonna work here: The archetypal madonna/whore moral contrast in the nun and the stripper, the logical journalist will clash with the psychic’s supernatural intuition, and the singer will try to keep them all united for the same cause, finding their father, who almost certainly is a cad and a corrupt public figure. After one episode, it sure seems like the basic plot is the equivalent of a 10-piece toddler puzzle — although with plenty more to go, one has to hope the details and complications offer some twists and surprises.

The Five Juanas pulls out all manner of corny telenovela storytelling techniques, ranging from hazy flashbacks to characters speaking their innermost thoughts in voiceover, although the production values are on par with a decent-budget cable drama. So at least it doesn’t look cheap, although it makes no bones about being a frequently trashy display of nudey beef-and-cheesecake. The show has yet to inspire any big laughs — maybe a smirky shake-of-the-head or two — but then again, I was drinking coffee and not something 100-proof straight out of the bottle.