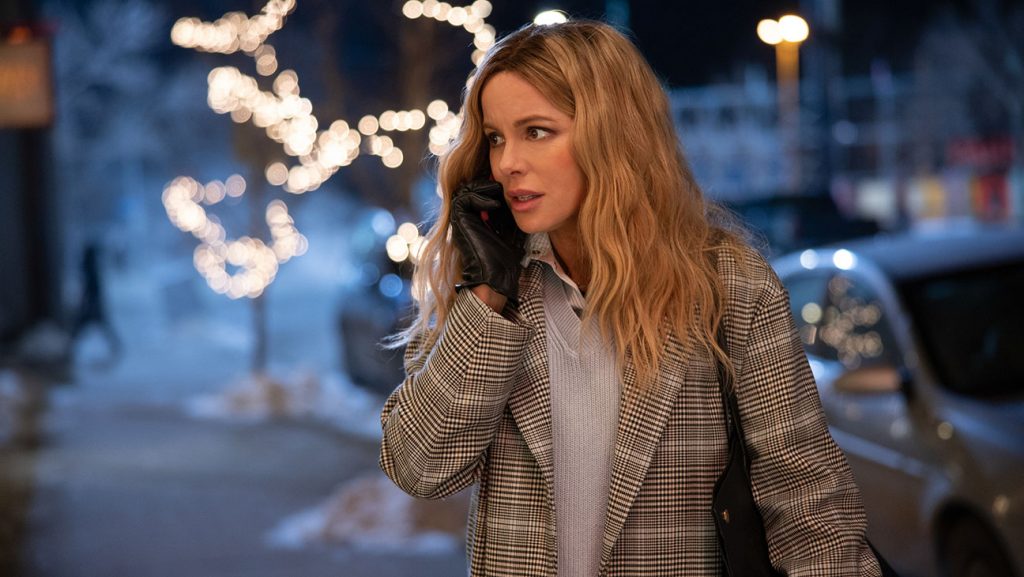 Beth Burgess (Kate Beckinsale) is a terrible journalist and the main character of Paramount+’s dark comedy television series Guilty Party. The series shows her on a quest for redemption after losing her respectable job as an investigative reporter at a prominent Colorado newspaper. But everything that Beth does in this clumsy, unfunny show makes her seem more like someone who’s never even taken a journalism class, let alone won a prestigious industry award. Beth is petty, self-serving, oblivious, and obnoxious, but the show doesn’t present her as a villain or even an antihero. Beckinsale does what she can to make Beth likable, but she’s miscast in a role that should be played with more grit and angst than she delivers.

However, it’s not entirely Beckinsale’s fault. Guilty Party‘s problems start with the writing from creator Rebecca Addelman, a TV veteran whose credits range from New Girl to Dead to Me to various animated Adult Swim shows. The tone for Guilty Party is wildly inconsistent, and it’s tough to find any humor in the central plot. A year after being fired from the Denver Chronicle for fabricating quotes in a story, Beth now works for a clickbait website churning out pop-culture listicles, but she yearns to return to her former glory as a respected journalist. So when she receives a letter from convicted murderer Toni Plimpton (Jules Latimer), claiming that Beth is the only person who can prove Toni’s innocence, she jumps into action.

Of course, Beth is mostly interested in landing a juicy story that will force her former colleagues to pay attention to her again. Her co-workers are quick to point out the problematic nature of her efforts to use a Black inmate as her conduit back to respectability. “It reeks of white-saviorism,” says her disaffected millennial boss, who is, of course, also white.

But like most of Guilty Party‘s potential satirical targets, the racial politics are acknowledged and then glossed over, in a way that is neither funny nor insightful. Nothing about the website where Beth works is remotely convincing, and the show makes outdated jokes about Harry Potter personality quizzes and Taylor Swift rumor-mongering. Beth is presented as so unaware of pop culture that it’s unclear what, if anything, she actually does in this job.

The website is just a jumping-off point for Beth’s investigation, and in the three episodes provided for review, she becomes increasingly enmeshed in Denver’s criminal underworld. Although the characters question whether Toni is truly innocent, she’s presented mostly as righteous and determined, a mother who just wants to clear her name and see her daughter again. But everyone else that Beth encounters in her efforts to find out what really happened on the night that Toni allegedly murdered her husband is a complete buffoon. There’s never any real sense of danger, even as Beth is being threatened and intimidated by men with guns. The criminals have names like Tuna and Tugboat, and their operations are comically inept.

Beth is pretty inept, too, which makes her a good match for the people she’s up against, but not a particularly appealing protagonist. She’s meant to be sympathetic, but she engages in plenty of manipulative tactics to get Toni’s story. It’s hard to be on her side when she cares more about her image than about finding justice. Her husband Marco (Geoff Stults) is equally insufferable, completely insensitive to Beth’s career goals or her emotional needs.

There are occasional funny moments in Guilty Party‘s send-up of TV news and true-crime programming. Beth tells Toni’s idiot brother-in-law Wyatt (Andre Hyland) that she works for a true-crime TV series called Crazy Bitches Who Kill, which is dishearteningly realistic-sounding. Beth’s chief rival is TV reporter Tessa Flores (Alanna Ubach), who affects a generic-sounding Latinx accent whenever she pronounces a Spanish-derived word or her own name.

Comedies like American Vandal and Only Murders in the Building have sharper takes on the true-crime genre. Search Party has spent four seasons crafting a more incisive, darker, and a funnier portrait of privileged narcissists who mistakenly think they can solve a crime. Presumably by the end of the 10-episode season, Beth will discover who really killed Toni’s husband, but there’s no urgency to the mystery. Guilty Party doesn’t work as either a comedy or a crime thriller. It’s a misguided attempt to mine laughs from racial injustice, starring a deeply unpleasant protagonist who gets a pass from both her peers and the show because she’s a pretty white woman. That’s not funny — it’s just depressing.