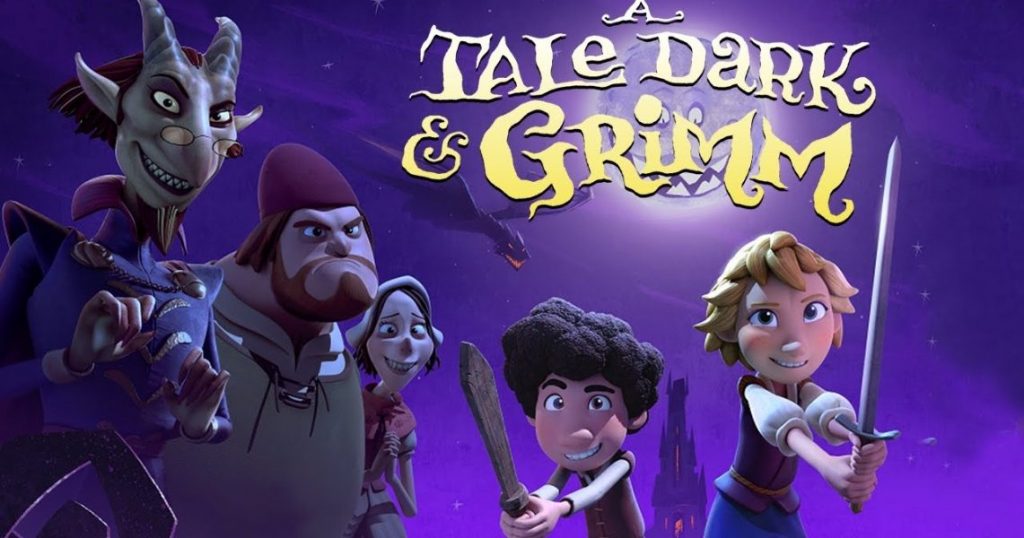 I went into this show without any knowledge of the book, or any expectations, and found myself enjoying it a lot. Was hooked after one episode, and I found myself both laughing at the extremely funny jokes and being touched by the very emotional story. Looking up the cast, I found that Doug Langdale wrote some episode, who was also a writer on a favourite show of mine, The Adventures of Puss in Boots, and I was like WOW this explains so much!

The show has much of the same, quotable, extremely funny dialogue, and generally, clever writing that does not dumb things down for kids, and drops clues about important events to come later. The story is loosely based around several original Grimm’s fairy tales, and I do mean THE original german ones – not the watered down modern versions by Disney. Those tails were dark and full of hard lessons, and not every story or character had a happy ending. While this show can be dark at times, the humor never goes away, and that is mostly thanks to our really funny narrator ravens, the serious William, the down-to-earth Jacob and the absolutely bonkers Dotty, who for me was the standout character of the show with her gallows humor and almost Dory-like forgetfulness.

The animation is nice, and the storybook style background transitions make the whole thing work like a book. There are a lot of surprise twists and memorably weird and likeable characters. In both writing and art style, actually, you could easily see this show being set in the same Shrek-verse as The Adventures of Puss in Boots was.

Greatly recommended, and I hope much like how Dotty said at the end, we get a spinoff or next season. While the story of Hansel and Gretel is told, our three narrators could still cover other stories.