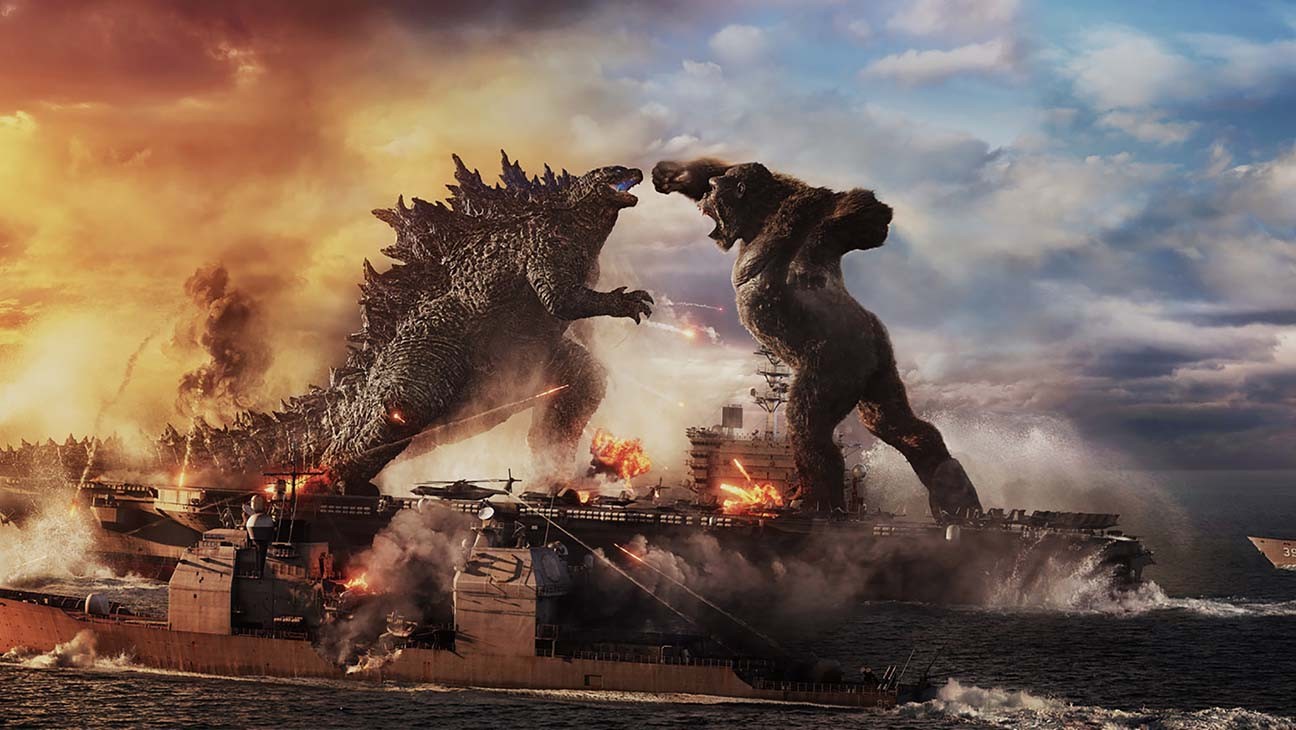 Godzilla vs Kong is the toughest thing to happen to Hong Kong after the riots because it’s too cartoonish to think about the collateral damage. The wanton devastation in the third act would have been unforgivable if it had been a tad more self-aware (like the previous big matchup film, Batman v Superman: Dawn of Justice).

While several other cinematic worlds have faltered, Legendary’s MonsterVerse has forged on almost out on the strength of its will, if not the interest of its viewers. The franchise has been a textbook example of diminishing returns up to now.

While Godzilla from 2014 revamped the character to accommodate contemporary sensibilities, Kong: Skull Island made the error of overcrowding the cast of humans; Godzilla: King of the Monsters went even deeper, attempting to persuade audiences around the world that seeing Kyle Chandler overcompensate for a lack of a storyline was a better option. then spending a few hours watching a bunch of CGI lunks fighting with each other. That wasn’t the case.

This is perhaps why Godzilla vs Kong only has a bare-bones Kyle Chandler — a potential federal crime in every other film, but, all things considered, a smart choice in the movie. None of these films, on the other hand, have broken the code. The animal proportion in this movie is still distorted, and not everyone has Matt Reeves’ talent for injecting empathy into primates.

Kong has obviously been given the greater plotline of the two titular Titans, we sharing almost identical DNA is not the only reason for our sympathies towards Kong. He’s almost the underdog in this fight, situated as humanity’s best hope/the last line of defense against an angered Godzilla.

Godzilla’s lizard brain flips into action when he detects the arrival of a new Monke, and he makes landfall in Pensacola — an occurrence that most likely made for some amazing Florida man headlines the day after.

Here’s something Wingard accomplishes in this movie that neither Jordan Vogt-Roberts, Gareth Edwards, or Michael Dougherty did in the previous three movies. He hasn’t yet cracked the human puzzle, but his film is certainly leaner than the others.

With a running time of under two hours, Godzilla vs Kong isn’t controlled by nonstop action, and it’s guided by a single goal: to get to the final encounter. The humans are simply pawns who help advance the story before they’re pushed off the board at the end and let the two Titans work things out like gentlemen. It’s ironic (and perhaps appropriate) that the most heartfelt scenes in the film have two characters who are unable to speak.

While the first movie in the MonsterVerse was very somber, each successive sequel has only grown sillier — perhaps a sign of how far the time has come away from the Nolanism of the early 2010s into the somewhat Marvel-friendly style that consumed the other half of the decade.