Father Christmas Is Back 2021 Movie Review
Skip to content 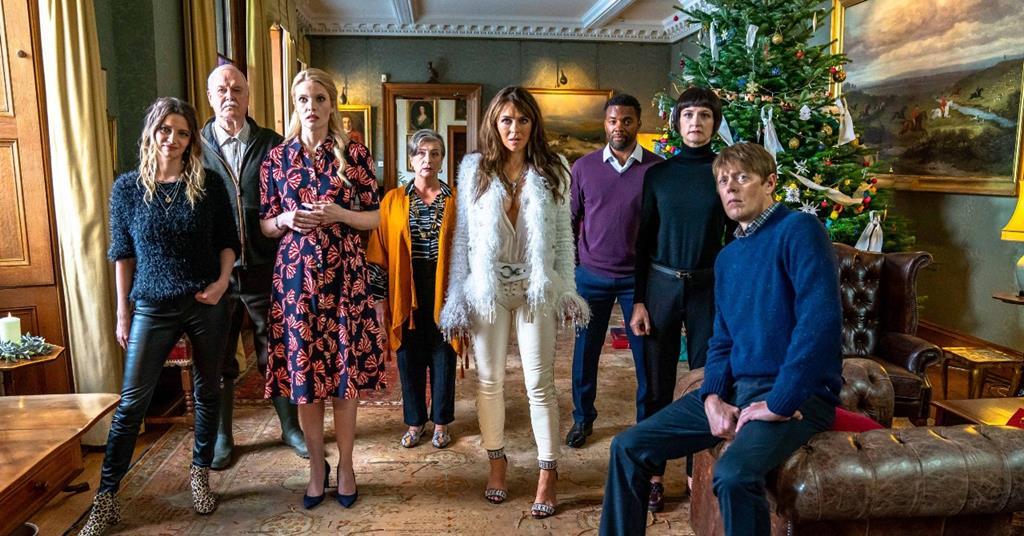 Father Christmas Is Back 2021 Movie Review

Father Christmas is Back is one such movie. It has the word Christmas in it, has just been unleashed and centres on a dysfunctional family reunion… their surname is Christmas. The hook is the stellar ensemble, who offer their own brand of nostalgia for folks who grew up with them and still revisit them today. The titular Frasier, the gangly Basil Fawlty, the innovative slacker Nick Harper and long-suffering girlfriend Dorothy are all there to radiate star power. Each having managed to do enough to still be in the game, these TV actors haven’t quite managed to really capture the magic of their most famous roles, each achieving varying degrees of success across film and TV.

While Kelsey Grammer and John Cleese have really become known for their misses rather than their hits since the millennium, they still threaten to capture the essence of their best performances based on their names and recognisable talents. Just having these stars attached to Father Christmas is Back is enough to tip the balance, however risky their choices have become. Kris Marshall has come a long way since his days on My Family and so has Caroline Quentin who became famous on Men Behaving Badly. While not name stars in the same league as Grammer and Cleese, they can swing a bat and have the power to churn out sleeper hits.

The real red flag in this stellar ensemble is Elizabeth Hurley. Still as gorgeous as ever, flaunting her beauty and penchant for plunging necklines, Hurley hasn’t managed to recapture her ’90s glory days. Whether she was undone by Bedazzled opposite Brendan Fraser or Serving Sara with Matthew Perry, it seems all of these actors are in desperate need of a comeback. Father Christmas is Back certainly isn’t the career catalyst to do it, testament to the social media radio silence from any name stars associated with the production. While Hurley will receive a great deal of coverage as Joanna Christmas, more than her wardrobe stylist can offer, it’s not the kind of credit you’d want hovering near the top of your recent filmography.

This burgeoning ensemble comedy has several considerable actors who try their best to show up. Interspersed between these name stars are April Bowlby, Ray Fearon with Nathalie Cox, Talulah Riley, Naomi Frederick as the other three Christmas sisters. Bowlby is probably best known as a ditzy girlfriend in Two and a Half Men, basically continuing this bubbly type in Father Christmas is Back. Cox is a striking actor, a blonde hybridisation of Julianne Moore and Angelina Jolie, who just seems way out of her depth. Delivering an over-the-top cartoon performance, it’s as if she was the only one to get notes on the film’s actual tone. Trying to match her energy, the rest of the cast seem limp by contrast – essentially there as stocking stuffers. If the big fish aren’t able to breathe life into this half-baked and unfunny comedy script, it’s unfair to expect this of the lesser known talents.

While it’s wonderful to see so many familiar faces in a fun jaunt with Cleese and Grammer both capable of playing Santa Claus, this movie is a complete misfire. Trying to harness the most superficial aspects of Christmas, it inadvertently becomes a bad metaphor. Whether you opt for shiny, hollow and decorative bauble or the bang of a Christmas cracker followed by a plastic toy and lame joke, there’s a myriad of ways to contrast the festive cheer and lack of substance to Father Christmas is Back. Punted as a comedy, it may catch you off guard with the odd dumb joke but mostly flatlines without the characters or drama to fall back on. A British production set at a Yorkshire mansion, any expectations of low key charm or a quaint tone evaporate against a film that’s typically overlit, garrish and void of nuance.

Mick Davis is director of My Dad’s Christmas Date starring Jeremy Piven, so there must have been some idea of Father Christmas is Back’s potential. Add experienced producer Philippe Martinez into the mix, whose last directorial credit was Steven Seagal bomb General Commander, and you’ve got a semblance of what to expect from this overstuffed Christmastime turkey. The duo worked together as writer and director on Jean-Claude van Damme actioner Wake of Death, so it’s anyone’s guess as to why they re-teamed to get this heartwarming “comedy” off the ground. The strange genre choice, poor decision-making and proclivity for superficiality extend to old school casting clichés. Struggling to harness the talent, control the broad ensemble or even mine the story in more focused scenes, it’s dumb without the fun.

This is a just-a-job production, lacking passion, true inspiration and geared towards a grab, duck and run. While they may have been complications due to shooting during the time of the pandemic (based on the table seating), it seems unforgivable that a production with such talents should lack so much finesse and substance. A lazy, unfunny, lacklustre comedy comprised of mostly false moments and shiny baubles, it’s a campy and frustratingly weak attempt at a heartwarming and funny Christmas story. It would have made more sense as a Christmas murder mystery or perhaps going for complete improvisation in the vein of Christopher Guest would have rescued this utter embarrassment. The stellar ensemble and setting do make it easier to suffer through but it’s about as authentic as an underpaid mall Santa and as enjoyable as queueing.

Father Christmas Is Back 2021 Movie Review