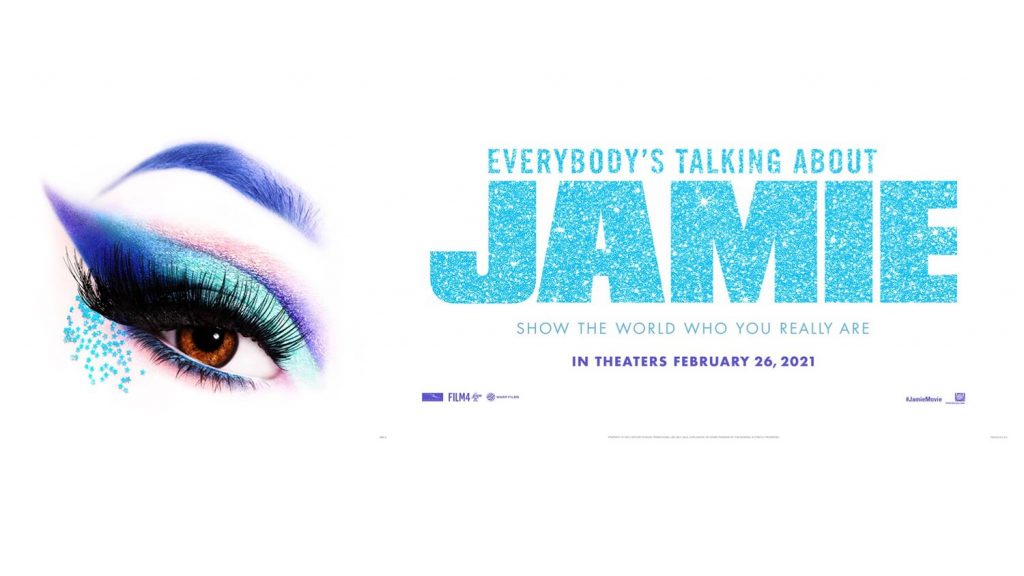 Based on the West End musical of the same name, itself adapted from the BBC Three documentary Jamie: Drag Queen at 16, Everybody’s Talking About Jamie is the latest jump from stage to screen. Produced in cooperation with the stage production’s creative team, the film introduces the extraordinary Max Harwood as the titular English teen who battles prejudice to find his identity.

Jamie New is your average 16-year-old boy. He goes to high school, has to pass maths, spends time with his best friend, an academic classmate named Pritti… oh, and he enjoys crossdressing. His mother Margaret is the most supportive parent any LGBTQA+ person could ask for but Wayne, Jamie’s estranged father, has given up on him completely. Margaret can’t bear to break her son’s heart and covers for the neglect.

The film makes it clear from the get-go that the viewer is getting a musical, with the disclaimer: “This story really happened… and then we added singing and dancing.” Jonathan Butterell, director of the original production, makes his feature film debut here, with a screenplay by Tom MacRae from his own libretto. In the vein of other stage-to-screen adaptations this year, I’ve come to the conclusion that anything that was cut from the film was done for good reason. It’s noticeable here as a chunk of the original score is absent.

Harwood is a force not to be reckoned with in his very first role. A young star with the heart and the humor to embody such a complex but relatable character. His co-stars are no less talented. Lauren Patel plays Pritti, a studious and practical young woman with a biting wit and all the best friend qualities a gay kid needs. While I will sing the praises of Richard E. Grant until the end of time, the MVP goes to Sarah Lancashire, who, as Margaret, has such raw emotional depth that’ll bring tears.

Beyond the stellar cast lies incredible production design perhaps reminiscent of its stage roots, and costumes you’ll wish you had (I definitely did). Everybody will indeed be talking about Jamie when this desperately needed and incredibly inspiring coming-of-age story drops in a few months. I fear that this wonderful film will be overshadowed as its theatrical release was canceled and moved to Amazon, with the Dear Evan Hansen adaptation in cinemas the next week but, until then, I’ll be telling everyone about Jamie.