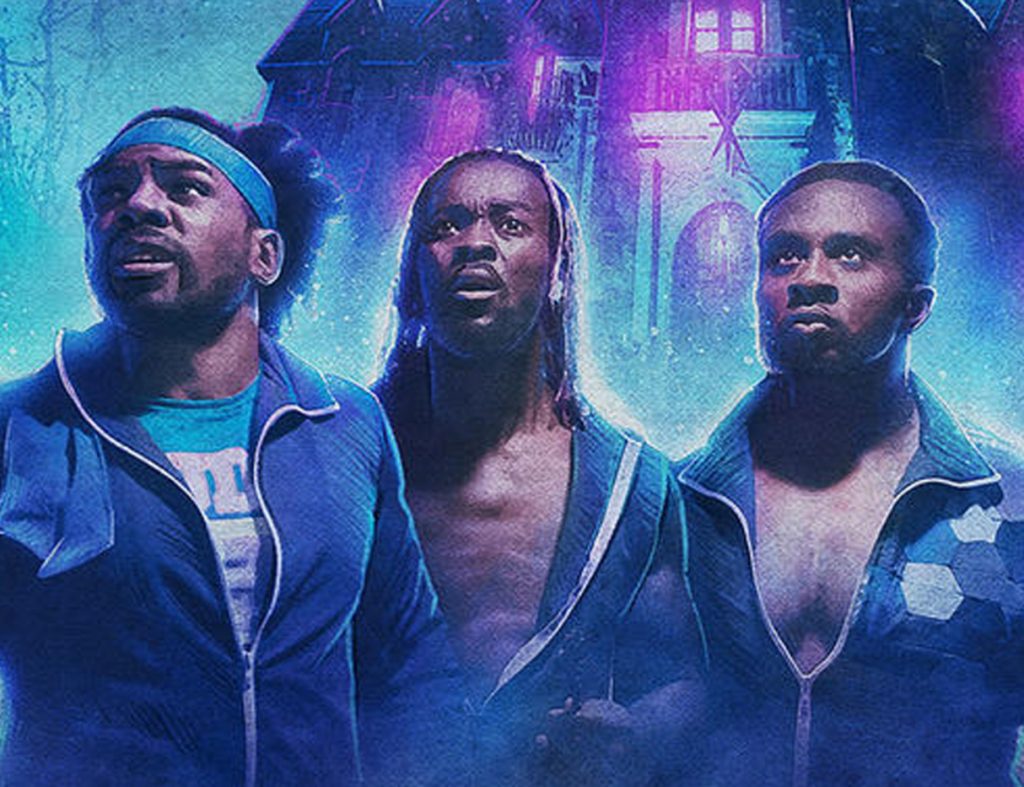 Yes, the “choose your own adventure” narrative gimmick that unspooled in the Emmy-winning Black Mirror episode “Bandersnatch” (and has since made humble rounds through Netflix fare like Unbreakable Kimmy Schmidt and The Boss Baby) is back for a gently spooky Halloween adventure that will likely sour serious wrestling fans while delighting WWE’s younger crowd.

Of course, older WWE fans are welcome as well, even if it’s just for a more ironic kind of appreciation, or maybe just the softer joy of seeing performers you like doing something new and exploring a different storytelling medium. Escape the Undertaker doesn’t have to outrage hardcore wrestling nerds, especially those who may not have appreciated the fact that Undertaker’s final bow didn’t come with the closure of a big, heavily hyped in-ring match (he instead went out with a pandemic-mandated pre-filmed brawl, and then a curtain-dropping documentary series). But the fact does remain that this is now Undertaker’s final appearance — and it’s silly.

Understandably, those who revere Undertaker would want to preserve the mystique of the character and, admittedly, this isn’t anyone’s ideal version of him. But it’s also not the worst, or most ridiculous, version of Undertaker outsourcing we’ve encountered over the past three decades. Though there are points where it’s obvious Mark Calaway is past his wrestling prime, The Undertaker is still a fun presence. And much like you’d expect from an Undertaker match in 2021 (or in the past five years, really), his younger opponents are carrying the bulk of the load here.

New Day, as an effervescent and upbeat trio, are the perfect foils for Taker, so much so that you may wonder why a version of this storyline wasn’t actually incorporated into WWE programming. This arc — involving Undertaker trying to corrupt New Day, dividing and conquering them in an attempt to turn them to the dark side — would have actually made for a decent endgame run for the Deadman. New Day’s inner light and friendship would prevail and Undertaker would respectfully accept their resistance to his menacing temptations.

For interactive purposes, Escape the Undertaker’s story is ultra simple. With a set design not much better than you’d usually find thrown together last minute for an episode of Monday Night RAW, Undertaker’s lair (a suburban McMansion someone put a giant Undertaker symbol on) is broached by New Day, who enter to steal Taker’s urn. Why do these proponents of the “Power of Positivity” want Undertaker’s grimmest magical item? For its power. Seriously, just so they’ll be more powerful. Again, it’s not the cleverest crusade, but it’s enough to get the forces of light and dark to collide.

Inside Taker’s domain, Big E, Kofi, and Xavier face all sorts of obstacles: some ghoulish and tangible, some fear-based and psychological. Booby traps, spiders, hidden keys, the actual magical onslaught of Undertaker himself — the story is filled with medium-level menace and junior mystery secrets. No choice ever splinters the story too drastically. You’re first asked to split up, picking one New Day character to follow. Then you’ll deal with either spooky morgue fog, whispering library paintings, or Undertaker’s Ministry of Darkness throne (in what appears to be a den where Taker keeps old WWE memorabilia). Of course, you can always undo choices and go back to explore the various branches, but even if you just barrel straight through the tale, the other New Day members will mention the things they encountered off screen, in the story you didn’t participate in.

The reason Undertaker — who sometimes sits in a hidden high-tech surveillance room where he can keep video tabs on everyone (despite the fact that he’s also, well, a sorcerer) — allows New Day to enter his world is because he longs to turn them into his druid minions and feed their goodness to his urn. That theme nicely holds throughout the film, as there are several moments on various paths where New Day’ers can make selfish or fearful choices. When it comes time for each member of New Day to separately face their biggest fears alone, you can ghoulishly choose for them to succumb to the dark side if you like, if not just to watch them fall prey to Taker’s sinister plot. Because there are dead ends, yes, though you’re quickly escorted back to make a different choice.

Big E., Kofi, and Xavier are wonderful here. Not only do they embody happiness and charismatic camaraderie, but when it’s called for, they can hit the serious notes too. Their charm is a nice counter spell against Taker’s trademark drollness, and they really help this interactive tale work. Also bolstering the proceedings are the sort of low-stakes B-movie aspects. When choices are placed in our hands and the gimmick is this heightened, it’s best not to have a narrative that takes itself too seriously. Escape the Undertaker is dopey and disposable but all in all, it’s an inoffensively absurd time.

Escape the Undertaker is a benign but effective use of Netflix’s interactive abilities. Pairing the most macabre WWE Superstar with the company’s most positive players makes for a fun showdown, one that you might wish had made it to official WWE TV — not in this form, of course, but as a noble “turn to the dark side” storyline. Undertaker purists, or those who just don’t like it when wrestling is oriented toward kids, might take umbrage with the Deadman’s role here, but ultimately, this is fiendish family fun that tries to do something new with some of WWE’s larger-than-life characters.