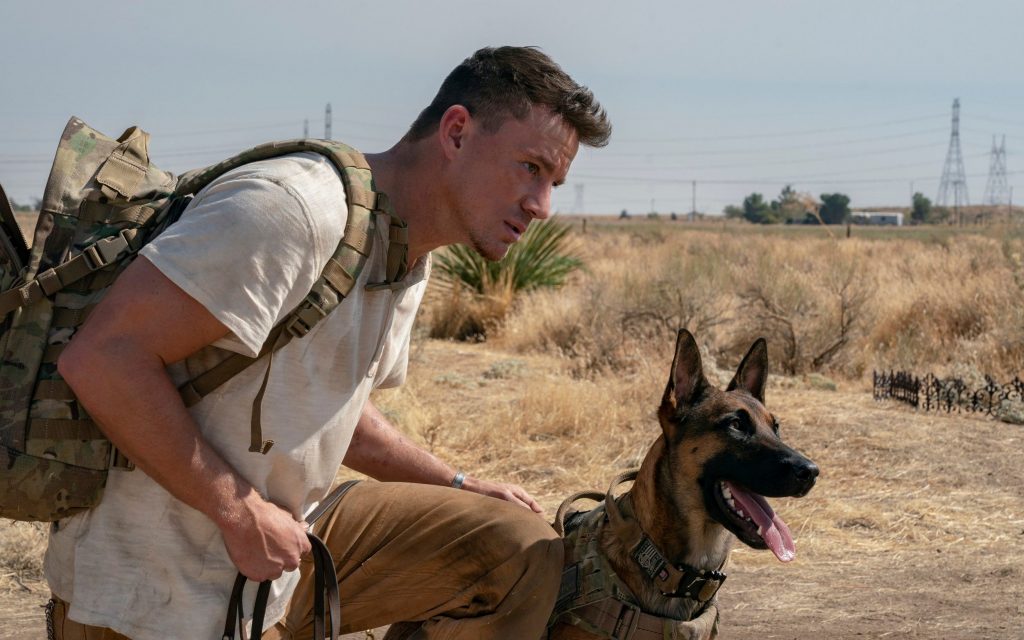 The new film Dog is essentially an hour and three quarters of Channing Tatum rolling around with a dog – and quite frankly, for many of us, that’s enough. The Magic Mike star has played opposite such beauties as Rachel McAdams, Amanda Seyfried and Mila Kunis in his time, but here he may have found his screen equal at last: a strapping Belgian Malinois called Lulu, who served with the military in Afghanistan and whom Tatum’s US Ranger, Jackson Briggs, must now drive 1,600 miles to her late handler’s funeral. Naturally a significant part of the film’s appeal lies in simply being able to savour that magnificent beast in all its visual glory: the soulful eyes, the rippling flanks, the buttocks’ noble jut. And then there’s the dog, which is also a beaut.

Tatum is both star and co-director here: his partner in the latter role is Reid Carolin, the writer of the Magic Mike films, and therefore someone who long ago pinned down the details of his leading man’s appeal. The lengthy journey from an army base in Washington State to a cemetery in rural Arizona allows Tatum the opportunity to play every shade of rascally-but-sensitive hunk in his repertoire, as he bounces off various eccentrics he and Lulu encounter en route: a pair of tantric healers, a spiteful ex-military cop, a paranoid cannabis farmer and his psychically gifted wife.

In San Francisco comes an episode that wouldn’t have felt out of place in a 1990s studio comedy: Tatum pulls on his uniform and feigns blindness in order to blag a free suite in a luxury hotel, only to be thrown out hours later when Lulu spots a man in the foyer in traditional Arab garb, then knocks him to the floor and tries to gnaw off his arm.

Such hijinks deliver regular energy boosts to the main emotional thread, which follows Jackson’s gradual realisation that this creature in his temporary care is something of a kindred spirit – valiant and ferocious, but also scarred by its experiences in the theatre of war, and much in need of long walks and cuddles at sunset. Tatum is himself a dog lover – Lulu, who’s actually played by three separate pooches, is named after his own beloved pit bull-Catahoula cross, who died in 2018 – and his human-canine chemistry is warm and obviously unfeigned. Carolin and Brett R

odriguez’s scdript tries out most of the expected tearjerking manoeuvres, some with more success than others – per the proverb, new tricks are not exactly in this film’s purview.

But what might be called the climactic Greyfriars Bobby moment is staged with surprising sensitivity, and audience members who’ve paid to have their hearts warmed then broken by sad-eyed canine loyalty will not leave feeling short-changed. Strong language and mild-ish sex and drug-related scenes probably rule this one out as half-term entertainment, though younger teens should be able to take the ruff with the smooth.