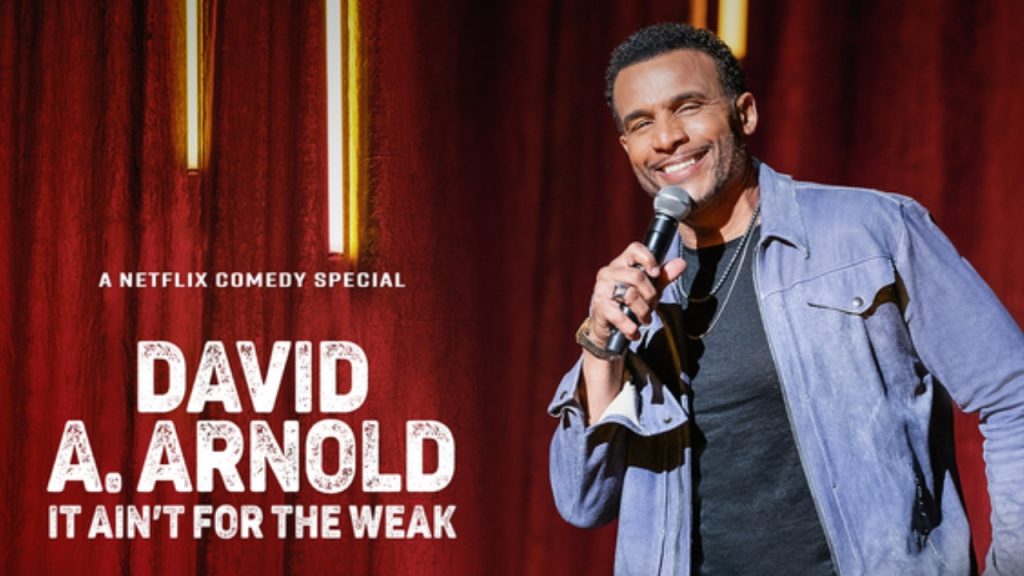 Netflix’s latest comedy special gets fronted by David A. Arnold. If you haven’t heard of him, David A. Arnold is an American stand-up comedian, sitcom writer, producer, and actor. Some of his biggest successes include being a writer and producer for Fuller House, creating That Girl Lay Lay, as well as appearing on a number of successful shows such as Entourage, Meet The Browns, and many more!

After a bit of a cheesy and gimmicky opening speech, Arnold leaps onto the stage, and that’s when this comedy special starts to shine. However, once the ball gets rolling, the special improves from the first 30 seconds. Straight off, Arnold starts with jokes based on the recent pandemic and how we were only meant to stay inside for two weeks (and we all know how that ended), while other themes in the special include relationships, marriages, arguments, family life, and more.

The running of the full show is approximately 1hr 17mins. However, not all of that is pure stand-up. This is because after an hour of Arnold performing stand-up, the special treats up to a behind-the-scenes documentary that features his mother, father, wife and daughters. It’s a nice feature that not only allows audiences to have a bit of insight into his homelife but brings his past jokes to life. It might not be to everyone’s taste, but I’m sure fans of David A. Arnold will enjoy it.

All in all, David A. Arnold: It Ain’t for the Weak is a decent special with just the right amount of jokes. Furthermore, the added documentary at the end of the special is a nice touch. And whilst this may be only David A. Arnold’s second special on Netflix, I’m sure there will be plenty more to come.