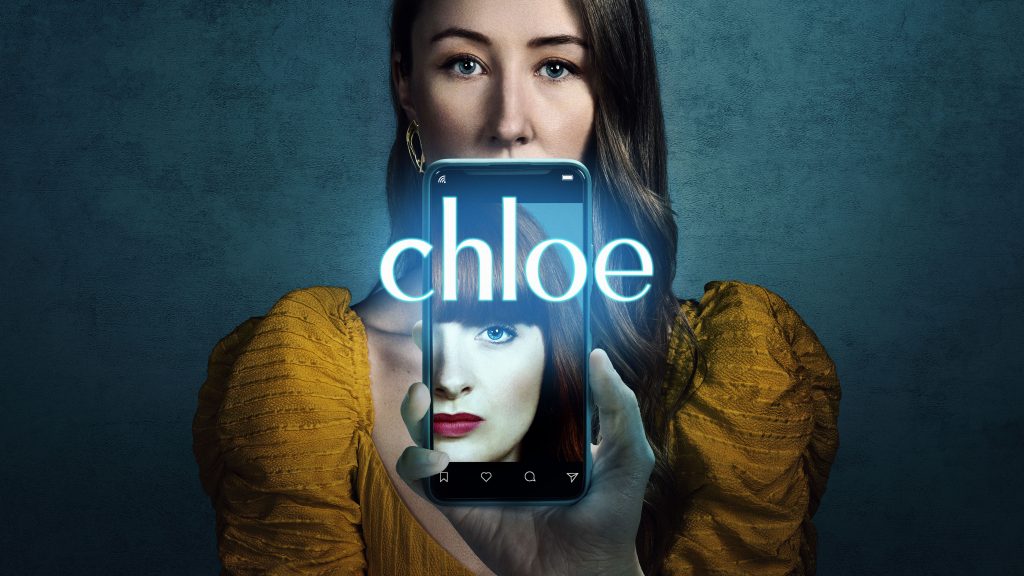 As has been pointed many times so far this year, 2022 has been a treasure trove for stories about con artists. In the TV world, spring brought plenty of stories chronicling how people in the recent past have hoodwinked their way to enormous wealth and cultural cachet purely by virtue of lulling the right people into a false sense of security. Of course, 2010s tech and entrepreneurial climbers do not have a monopoly on grift, in worlds either real or fictional.

Premiering in the UK back on February and arriving on Prime Video this week, the new psychological drama “Chloe” makes the perfect (and in some ways, necessary) bookend to a half-year trend of people tricking themselves into situations far greater than they imagined.

Much like those other stories, “Chloe” begins on a humble scale. Becky Green (Erin Doherty) spends her idle moments scrolling social media, in whatever time she has in between taking care of her ailing mother and working at a series of temp jobs. Headphones in and with the dead-eyed look of someone whose app habits make them lose complete track of time, Becky seems especially taken with the profile of a Chloe Fairbourne (Poppy Gilbert). The opening scenes of the series are peppered with Chloe’s tasteful selfies, lively dinner parties, planned-candid moments with gorgeous acquaintances.

Sensing an opportunity at her new gig, Becky decides to use some key intel to crash a fancy gala. It’s there that Becky kicks off an unending string of tiny lies and manufactured credentials. Soon she finds her escaping into an entire alternate life as Sasha, who she tells new would-be colleagues has been all around the world working as a well-connected live events coordinator. When Becky discovers through her usual online routine that Chloe has been found dead, the newfound confidence to remake herself in the image of her obsession puts her in a position for Sasha to step right into Chloe’s inner circle.

“Person ingratiates themselves in a group by pretending to be someone else” has a long tradition in fiction, but “Chloe” writer/director Alice Seabright understands that the most important element in a story like this is clarity. There’s a simplicity and efficiency in the way she sets all the disparate pieces in motion here. Becky’s slow construction of Sasha is as diligent and meticulous as the show itself, done through small-scale manipulations of front-desk workers and assistants. Though the gap between where she starts and ultimately ends up is purposely jarring, none of the steps in between — art installations, yoga sessions, impromptu heart-to-hearts over glasses of expensive wine — require a herculean effort to justify.

In the process, “Chloe” is as attuned to Becky as the clique she’s trying to infiltrate. Chloe’s widower Elliot (Billy Howle) is trying to figure out how to balance his grief with a potential run for public office. Best friend Livia (Pippa Bennett-Warner) still gets visibly shaken by the mere sight or mention of Chloe. Fellow art world denizen Josh (Brandon Michael Hall) and friend group wild card Richard (Jack Farthing) are skeptical of Sasha’s sudden appearance, introducing the idea early on in “Chloe” that Becky’s task here comes with constant hurdles.

Rather than gawk at how masterfully Becky slowly slips comfortably inside a world she’s only ever seen from afar, Seabright frames all her actions as far more matter-of-fact. In tandem with Doherty’s sharply calibrated performance, Sasha becomes more of a constant logistical puzzle rather than a ruse with virtuosic flourishes. The occasional peeks into Becky’s pre-Sasha life are marked by disappointment and insecurity and self-doubt. One of the skillful elements of “Chloe” is keeping all of that second-guessing present, even as she’s capably explaining away inconsistencies in Sasha’s made-up biography.

“Chloe” mirrors those misgivings with some structural ambiguity. The more that Becky’s time as Sasha becomes an excuse to do some amateur detective work, the more that her intrusive thoughts bleed into what the audience is taking in, too. Becky’s daydreams and nightmares are marked by imagined phone calls and theoretical situations of peril, all threatening to crack this neatly-lain facade she’s managed to get some new friends to accept as genuine. They’re all part of the overall tapestry of “Chloe,” which also features a handful of exquisitely mischievous scene transitions as Becky ventures from place to place.

Maybe most integral to the success of “Chloe” is the way it taps into an almost universal desire to be understood and valued. Becky gets much further into her plan of living inside Chloe’s life than she could have imagined, but it’s not because Doherty is playing her as a paragon of charm and refinement. There are times when Becky gets careless, overlooks a Sasha detail that puts her in peril. But “Chloe” does show how powerful it is to have someone come into your life as an active force for friendship. It’s easy to rationalize some odd questions and coincidences when the source of them is someone eager to fill a void with a helping hand. Tiny kindnesses, whatever the intention, add up quickly.

All of it is filtered through Becky’s perspective, with Seabright sometimes putting the audience directly in her sightline. It’s then all the more unsettling as Becky starts to lose her tether to who she is, what she’s doing, and why she continues down the path she’s set out on. This is not a tale of brute force determination. There’s a delicacy and a slipperiness here that feels organic to the story of a person trying to assert some control in an otherwise volatile life. “Chloe” eventually coalesces around the Chloe friend group, showing how each of them, despite their outward demeanors and the photographic evidence in that feed, are gripped by some of the same doubt that Becky has.

These swirling tests of loyalty and honesty would be shallow without a firm trajectory of what Becky’s decisions mean for everyone involved. But Seabright — along with fellow series director Amanda Boyle and writers Kayleigh Llewellyn and Poppy Cogan — chooses not to dabble too much in the artificial, despite the premise of the series. Against a wave of similar shows that luxuriate in the lies, each incremental step away from the truth in “Chloe” carries a real, sobering weight with it.