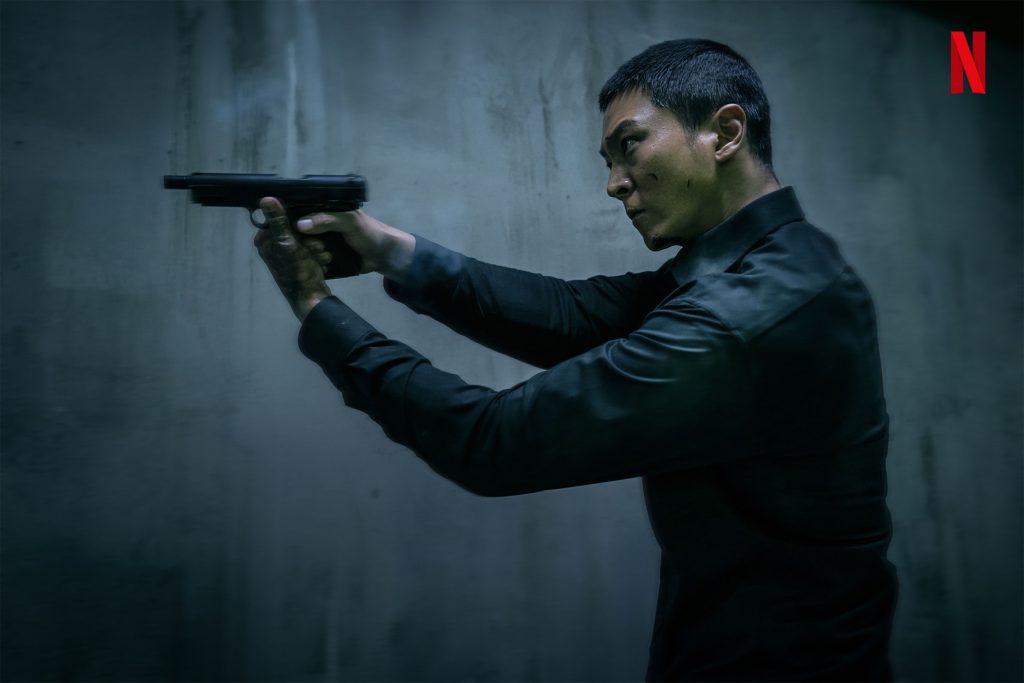 In 2017, director Jung Byung-gil gave us “The Villainess”, a sleak, hyper-violent action film that matched the grit and dazzlingly brutal fight chereography of “Atomic Blonde”. Byung-gil had proven that amidst the rising chorus of gritty, stylised Korean action cinema, his voice is one to be recognised. His pension for shaky-cam, one-shot POVs truly gave viewers a unique and immersive experience. There was perspective and clarity in spite of the chaos of rapid gunfire and blades, all filtered through a spirited performance by actress Kim Ok-vin.

After 5 long years, Byung-gil is back with yet another action thriller set. This time, set within a more ambitious premise with a much bigger budget to play with, “Carter” (카터). Similar to “The Villainess”, it involves espionage, rival intelligence agencies and of course, a kidnapped-child plot device to endear the lead. What makes “Carter” different this time? Zombies, that’s what!

Right, with a more complex plot accompanied by a larger scale, will “Carter” be Byung-gil’s triumphant next step forward? Or will this be another classic case of too much money clouding creative vision? Let’s find out!

The plot of “Carter” is an unfolding mystery of the titular hero’s identity. The film begins with him waking up in a strange place before being hunted down by multiple factions, including the North and South Korean government along with the CIA. He soon finds himself being tasked with escorting a young Korean girl named, Ha-na who may hold the cure to saving the world from a deadly zombie-like infection known as the DMZ Virus.

Needless to say, there’s a lot going on in “Carter” and at times, it’s easy for viewers to get lost in the mix. Honestly, the plot in the film feels like it’s just there as a formality. What manages to pull this film back from brink of being just a sheer convulted mess are the action set-pieces.

As we begin to piece together Carter’s past, more characters, both allies and foes, join in the fray as he battles his way to find answers. So every time a new element of the plot is revealed, we’re primed to expect another insane balls-to-the-walls action sequence. On the surface, it seems that Byung-gil was trying to say something about the state of Korea’s foreign policy and the Covid-19 pandemic but the message may feel a little to conspiratorial and incongruous to be relevant. Also with the film being so action heavy, there’s rarely enough time for other characters in the film to be developed in any meaningful capacity.

We’re not saying that action-films with fast pacing can’t have well-developed characters. Look at Keanu Reeves’ John Wick, we know so much about his personality and beliefs which are communicated through his fighting style and physical mannerisms. The difference between Wick and Carter though is that Reeves’ films are squarely focused on him with a fairly linear story. Carter has everything from amnesia to double lives to conflicted allegiances to new relationships within his character arc. The film has to fit all that in while attempting to juggle its many intersecting sub-plots of multiple factions. One of those sub-plots are bound to fall on the wayside, which they do.

So, yes the plot of the film does buckle under its weight but the moment the bullets start flying, all is forgiven. My God, what a spectacle to behold. Right from the get go, the film establishes its tone with a bloody single man brawl in a bath house against a legion of Japanese gangsters wielding blades. All made to look like it was captured in a single continuous shot. We say made to look because there are moments that could have been possible transitions, as seen in Alejandro González Iñárritu’s “The Revenant”. The camera knows exactly when to linger on one terrible impact before quickly cutting over to another assailant meeting their end at Carter’s hand.

For the rest of the year, we will be talking about that breath-taking car chase sequence. The carnage and brutality of that scene is only matched by the grace and fluidity of Joo Won and the stunt team’s performance. There’s very little room for error and we applaud the film for its uncompromising vision. That being said, there are times in which the camera buzzes and bobs over fight scenes like a Red-Bull-soaked-fly. Holy crap Byung-gil, slow down! Not everything needs a sweeping wide shot before a hasty zoom-in. For us, it never really breaks the experience because the film quickly glosses over some of its odder creative decisions before launching into something spectacular. For those who suffer from motion sickness though, this film will be an utter nightmare for ya’ll.

None of this would have been made possible without an electrifying performance by Joo Won, best known for his recent role in the series “My Sassy Girl” and “Alice”. The man is an absolute beast when it comes to stunt chereography. There’s an insane precision and deft to the way the actor incorporates his surroundings into fight sequences. He is in every part Keanu Reeves’ equal. Funnily enough, both their emotional range is equally comparable. Whenever Won isn’t giving baddies permenant dirt naps, he rocks the stoic operator persona with effortless swagger. He won’t win any Oscars for sure but he gets the job done.

His character arc is mainly anchored by Kim Bo-min’s Ha-na who plays a surrogate daugter role throughout the film to the amnesiac assassin. We would have like to have seen a few more quieter moments between the two characters, with both of them exploring their lack of autonomy and identity together within the web of conspiracy involving the North and South. Unfortunately, she’s too busy being ferried off to one near-death experience after another at breakneck speeds.

Jung Byung-gil’s “Carter” is a diamond in the rough that reflects well on the action director’s killer instinct for cinematography and large scale polished action set-pieces. While his single-continuous sequences of Joo Won masterfully clearing out foes are stunning, his frequent and jarring shifts in perspective paired with shaky-cam can be distracting in moments. The key word here is: restraint. Which is exactly what the film’s narrative and technical aspects would have benefited from. Still, another strong showing by the Korean action auteur! We look forward to seeing how he’ll grow to refine his craft.