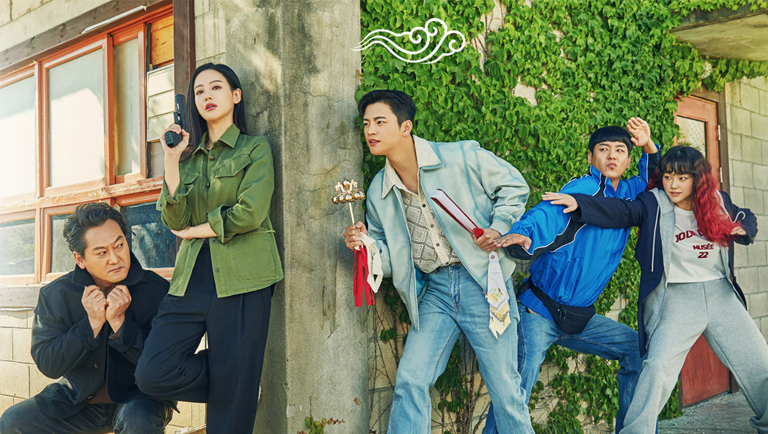 South Korean television productions never stop. The South Korean entertainment industry is one of the biggest in the world, right now. Its starts have become into global artists, and the rest of Asia, including countries like China, India, and Japan, are trying to follow suit. It is a hard road to follow, though. The South Korean productions have taken their place in people’s minds thanks to the quality of their stories and the quality consistency they deliver. It is truly something to behold.

Netflix has taken this situation into account, and they have basically become the Korean hub for South Korean content in the west. The streaming platform releases TV shows and movies coming from Korea on a weekly basis. And nowadays, they even release episodes the same week as in South Korea, so that the fans of this type of content don’t have to wait at all for the next episodes of their favorite show. It is a hard task to achieve, but Netflix knows that the audience for these shows is loyal, and there is nothing they want more than loyalty.

And so, Netflix debuts a new show on their streaming platform, one that mixes comedy, mystery, and of course, romance in one slick package that will try to get audiences intrigued for many months. The show is Cafe Minamdang, a peculiar show that breaks the seriousness and dramatic vein of the most recent releases, and one that tries to deliver just a fun vibe. The show could even be considered somewhat of a live-action anime in the way it presents both story and characters.

Café Minamdang is a TV show produced by KBS2 and based on the novel titled “Minamdang: Case Note”, written by Jung Jae-ha. The won several awards throughout the digital publishing landscape. The show stars Seo In-Guk, Oh Yeon-Seo, Kwak Si-Yang, Kang Mi-Na, Kwon Soo-Hyun, and Baek Seo-Hoo. The show tells the story of a Nam Han-Joon, a former criminal profiler that now works as a shaman. Han-Joon, tells his clients that he is helped by the spirits to solve crimes and give advice. But in reality, he uses his abilities alongside the ones of his team of experts to research and apply their abilities to help others and trap criminals.

Café Minamdang is a very strange show. The quality of the production is a standard one for Korean dramas, it is very shot, the acting is quite nice, and the set might look a bit fake, but they fit the hyperreality the series works on. And the stories are as complicated as they are interesting. The most complicated stories are just too convoluted, while the ones that focus on character are the ones that really manage to make a dent in the people’s minds.

So, what is the “thing”, the element that makes Café Minamdang stand out from the rest of countless other Korean dramas? Well, Cafe Minamdang tries to mix both the procedural, case of the weak structure, with a ton of physical comedy. The mix can be jarring at times. Why? Because the characters get involved in some really strange, and dark cases, involving some truly dark topics, such as murder, corruption, rape, and more, but at the same time, they apply this layer of jokiness over everything.

This whiplash in tone might be the hardest issue that Café Minamdang has against it. This type of comedy is very much accepted in South Korea, Japan, and other Asian countries. But here in the west, this type of comedy is rather strange and doesn’t seem to mix well with the seriousness of the cases. Of course, this perception will be on a per-case basis, many members of the audience will have zero problems with this tone issue, but it is certain that many more will find the whiplash to be a turn-off.

Nevertheless, Café Minamdang offers a good dose of pure entertainment flavor, and if you go into it thinking that the show is nothing more than a live-action anime. Then you can accept that the characters do, say, and get into the most ridiculous situations ever without ever stopping to think that they should think before acting. Also, the technical abilities that some characters have are so high level, that they definitely feel like superpowers.

The main character’s profiling abilities, for example, are so acute, fast, and accurate, that Han-Joon feels like a very powerful superhero. One that is having a hard time taking anything seriously, but one superhero nevertheless. The rest of his team is also so quirky that it hurts. It is at these moments that the quirkiness of the characters gets in the middle of their development, and they feel more often than not like cartoons, and not like three-dimensional characters. Which makes it hard to care about them on a deeper level.

However, as we said before, if going into the show seeing it as just one shallow piece of entertainment then you can accept that all these elements are in favor of making the show feel entertaining, instead of just boring. One more issue is the length of the episodes. This has been a problem with Korean TV for a long time, sometimes the running of each episode is just so full of fluff, that it feels like the episodes are being stretched out without reason.