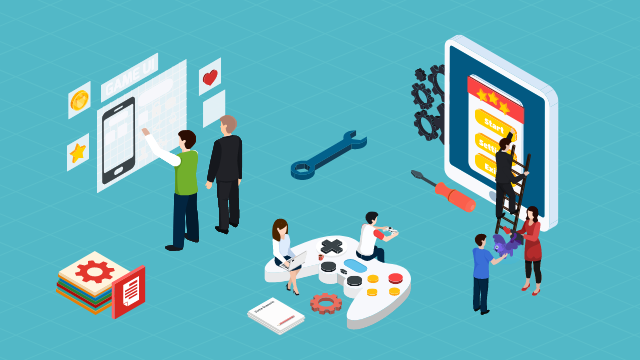 The Android gaming industry is on the boom, and more people are adopting mobile gaming as their preferred gaming platform over computers and Xbox. Currently, there are 4,77,000+ games on the play store, and the android gaming industry saw an 11 percent hike in in-game numbers in the first quarter of 2021 (Statista). Looking at the number of android games, developers, using Android studio or Visual studio, showing their interest in gaming development.

What is an Android Game development extension?

Google has recently posted its case studies about Epic games and electronic arts with their successful use of AGDE. Epic games used two development environments for compiling and debugging, which consumed more time and effort from the developers. But with the ADGE, developers can perform both the tasks directly from the Visual studio with a faster and more convenient unity engine development. The same has been enjoyed by the electronic arts developers appreciating the efforts from google to publicly roll out ADGE.

ADGE is a robust kit providing value to Visual Studio users. Let us see some benefits of ADGE.

Performing important tasks without leaving the exosystem or switching back and forth in two environments, fast speed, and convenience are a few benefits ADGE provides to the android game developers. Let us take a look over a few more benefits of ADGE.

Now you know about the benefits of using ADGE, let us provide a tutorial to install the same

How to set up Android game development extension on windows?

If running a visual studio on a Windows computer, follow these steps to set up the Android game development extension

Google continuously provides useful kits to the android game developers to overcome the issues and achieve their results faster and effortlessly. Android game development kit decreases extra efforts for the developers who rely on Visual studio for day-to-day coding. Companies like Epic games have proved the efficiency of the Android game development kit. Not only the game companies but some of the best android app development company have enjoyed the benefits of AGDK to provide the best and most entertaining gaming apps to their clients. Their best android app developers have been continuously using google kits to flawlessly solve game industry requirements.

Benefits of AGDI For Developers Working in Visual Studio