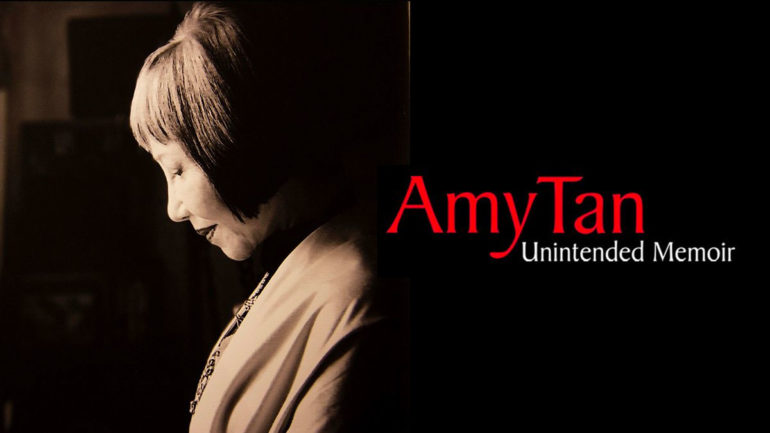 If the unexamined life is not worth living, rest assured that author Amy Tan’s life is very much the other kind. She’s already published two non-fiction books drawn from her life and experiences, and now with “Amy Tan: Unintended Memoir,” she’s participating in what will be a fascinating journey for those who haven’t read those books and an enriching audio-visual accompaniment for those who have.

Like fellow Sundance debut “Rita Moreno: Just a Girl Who Decided to Go For It,” “Unintended Memoir” was produced for PBS’ “American Masters” series and, as such, hews to a fairly public-TV style of documentary filmmaking. Nonetheless, director James Redford (who passed away in October 2020) intuitively combines new interviews, vintage TV appearances, childhood photos and home-movie footage, and animation (by Xaviera López) to capture the experiences that brought Tan to her initial success with “The Joy Luck Club” as well as the triumphs and tragedies that have followed.

Her childhood is already the stuff of literature, with her parents emigrating to the United States from China, her mother grappling with suicidal ideations, and Tan’s beloved older brother and her father dying just a few months apart, both from brain tumors. But it was her father who began the real-life Joy Luck Club, a gathering of fellow émigrés to invest in the stock market, play games (mah jongg for the women, cards for the men), eat, and socialize.

Those gatherings were among the many specific facets of Tan’s family life that would shape her first two novels, “The Joy Luck Club” and “The Kitchen God’s Wife,” and the film takes us through the clashes that Tan and her mother had for decades before Amy was able to make peace by sitting her mother down and asking her questions about her life back in China. Shaping those stories into fiction allowed Tan to transition from business writer to literary phenomenon. (She jokes that she had another best-seller prior to “Joy Luck,” but it was an IBM guide called “Telecommunications and You.”)

Redford guides us through the many significant guideposts of Tan’s life to date, from the movie version of “The Joy Luck Club” — in new interviews, several actresses from the film discuss its ongoing influence — to criticisms leveled at Tan for trafficking in Chinese stereotypes to her struggles with depression and with Lyme disease.

And yes, there are even a few minutes devoted to her participation with the Rock Bottom Remainders, a band made up entirely of best-selling authors like Tan and Stephen King; while the group is something of a goofy gimmick, Tan talks about how freeing it is to get onstage in slinky outfits and sing without fear of feeling foolish.

There are interviews with Tan’s husband Lou DeMattei, her friends and colleagues, but this is her story to tell, and we hear her do so in both new interviews and narration that comes from 2003’s “The Opposite of Fate: A Book of Musings” and 2017’s “Where the Past Begins: A Writer’s Memoir.” (The latter book gives this documentary its title; Tan tells an interviewer that what was intended to be a study of the writing process turned into a surprisingly personal journey for its author.) Tan’s devoted readers will no doubt enjoy getting to see the photos, the drawings, and other visual items referenced in the work.