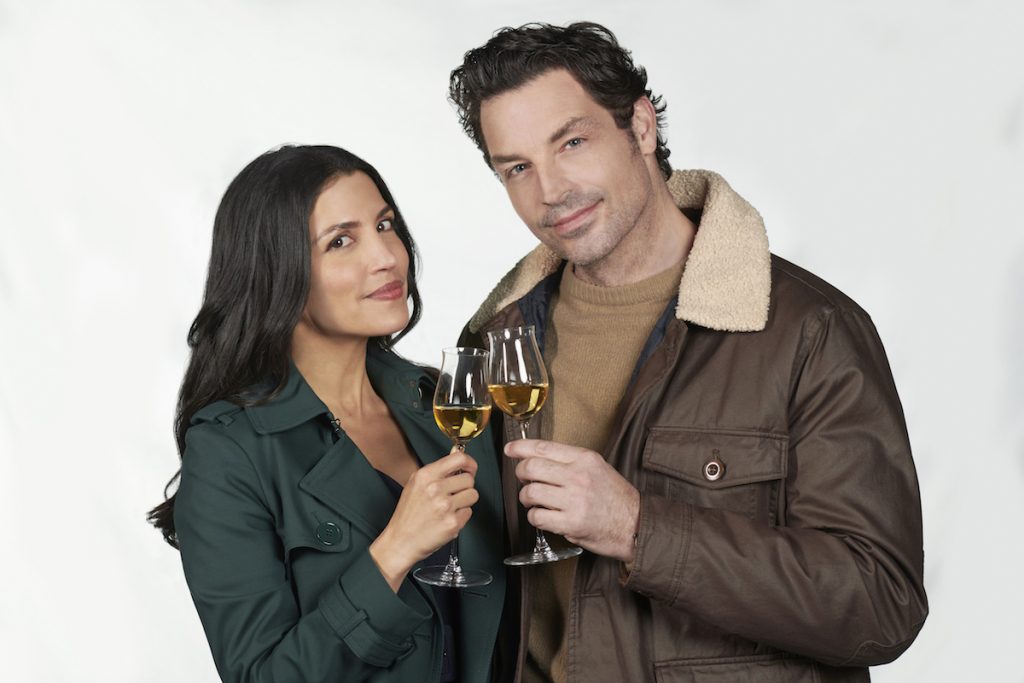 “The Perfect Pairing” is a compelling new original Hallmark film, which premiered on Saturday, January 15. Digital Journal has the recap.

Actors Nazneen Contractor and Brennan Elliott star in this new movie, which was filmed on location at the prestigious Pellar Estates Winery in Ontario, Canada.

Influential and anonymous food and wine critic Christina (played by Nazneen Contractor) finds herself at a winery she panned in the past. She hopes to leave before anyone finds out who she is, but she instead slips on ice and hits her head, thus having amnesia.

The Hollingbrook family, led by a single father Michael (Brennan Elliott) graciously takes Christina in (who now thinks her first name is Joy) while she recovers and tries to jog her memory.

In the process, Christina helps the Hollingbrooks prepare for their annual wine tapping party, which includes Michael’s risky passion side project, “ice wine.”

Zarina Rocha is delightful as Michael’s young daughter Britney (who enjoys baking with Joy), while Genelle Williams is sensational as Diane. They both really take Joy under their wing (to make her feel comfortable, cherished, and appreciated) while she had amnesia.

Without giving too much away, it is a poignant film that should not be missed. Don McBrearty directed “The Perfect Pairing” from a script by co-writers Rickie Castaneda, Megan Hocking, and Julie Sherman Wolfe.

Overall, Nazneen Contractor is fabulous in “The Perfect Pairing” as Christina/Joy and she has great chemistry with Brennan Elliott, who delivers a subtle and poignant performance as Michael. The entire cast is charming.

Grab a bottle of wine (Merlot preferably) and some cookies, and allow Nazneen and Brennan to lure you in. “The Perfect Pairing” garners an A rating.