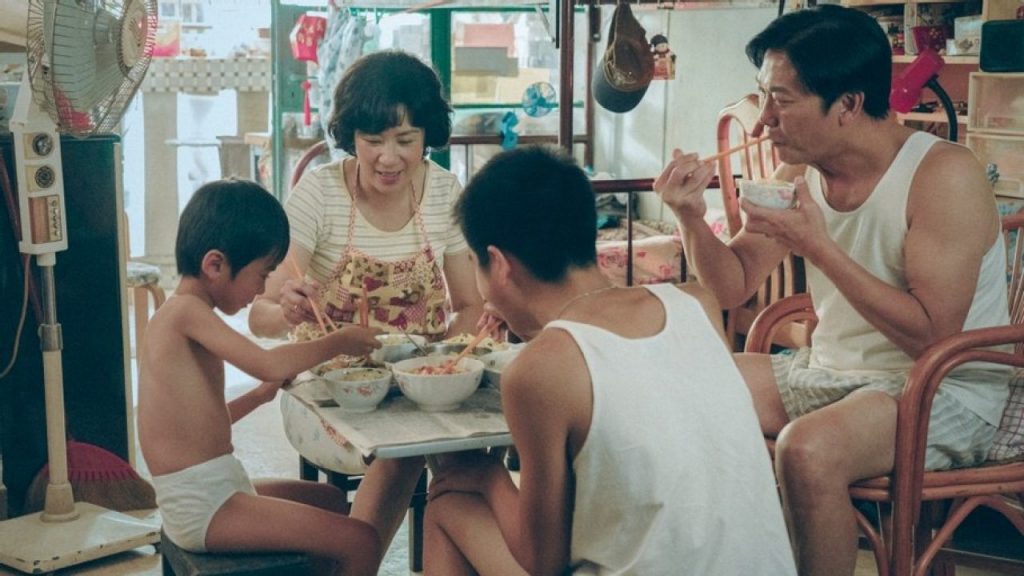 Zero to Hero, based on the true story of So Wa-wai, a sprinter who raced for Hong Kong in five Paralympic Games from 1996 to 2012, is transformed here into part family drama, part social commentary, that finds debut director Jimmy Wan chi-man as a promising new filmmaker to watch out for.

Having co-directed several projects with Derek Tsang Kwok-cheung in the early 2010s, this is his first solo feature, that begins with a scene of Do’s diagnosis of Hemolytic jaundice, when the doctor says the resulting cerebral palsy would mean that the kid will never walk or feed himself. Setting the tone of the narrative without missing a beat, Wan punctuates the proceedings through the eyes of So’s mother, beautifully played by Sandra Ng Kwan-yue, who registers this without fully understanding its consequences, but slowly transitions herself to fight for her son.

The genre of the biopic has been followed countless times, so much so that the template has become unsurprising in its expanse, following a set of events from childhood, all of which lead to a certain highpoint, and the following crisis. Wan who co-wrote along with David Lo confidently puts Zero to Hero on the same forefront, making it clear that this story does not try to take a separate route, and yet manages to instill a freshness to the age-old proceedings to the genre.

Early on, a dramatic scene shows the young So Wa-wai standing up on his fragile legs for the very first time, but it is years later in 1993 when his escape from housing estate bullies highlights his hidden talent for running for the first time. When 13-year-old So (Fung Ho-yeung), turns into a running prodigy, the para-athletics team by a driven coach Fong (Louis Cheung Kai-chung), the sequences are light and carry no burden of the shift that occurs to adult So (a moving Leung Chung-hang).

In 1996 So brings in laurels at the Atlanta Games to power his relay squad to win Hong Kong’s first-ever Paralympic gold. In the meantime Wan makes it clear that it was not at all smooth for the champion who had to come to terms with his realities head-on, hailing from a financially unstable family, dealing with heartbreak from Fong’s sister (Chung Suet-ying), and pressurized with the training regime ahead of the 2008 Beijing games.

Melodramatic to an extent, these scenes guide the narrative to reach unexpected moments of humor. Wan’s hold upon the material is key to bring out the comic in the midst of the crises that surround his characters. Whenever it begins to slightly derail from the tone, Wan seems to pull back just at the right moment. Although some of the characters feel half-baked. The coach for instance, or even that of Luk Wing-kun, who is a sports agent, has little density attached to their actions as if existing only to become an extended comic relief. Particularly jarring are the teammates, which are underwritten and make little addition to the action.

Nevertheless, Wan seems to focus mostly on his two principal characters, So and his mother, and it is their conversations where Wan extracts the right combination of heartbreak and commentary. “No one treats you like an ordinary person, so become an extraordinary one,” she says.

The second half grows from strength to strength, with So (great Fung Ho-yeung) retiring due to severe physical pain in 2016, and then the decision that he takes from thereon. Although predictable from the get-go, given its relentless pursuit of the chapters in So’s life.

Wan creates an immensely watchable feature, compassionate in its treatment of disabled bodies. The scenes involving So’s races are well observed in this regard as well. It falters at places when it tries to check off the genre points, where the focus becomes a little distracted. Nevertheless, Zero to Hero is ably supported by the performances, from the multiple actors who play So at various points in his life, to the scene-stealing Sandra Ng, who make sure that Zero to Hero remains on the run, despite it being clogged with plot distractions and an overarching melodramatic rendering. This one is for those who fight, and never give up.