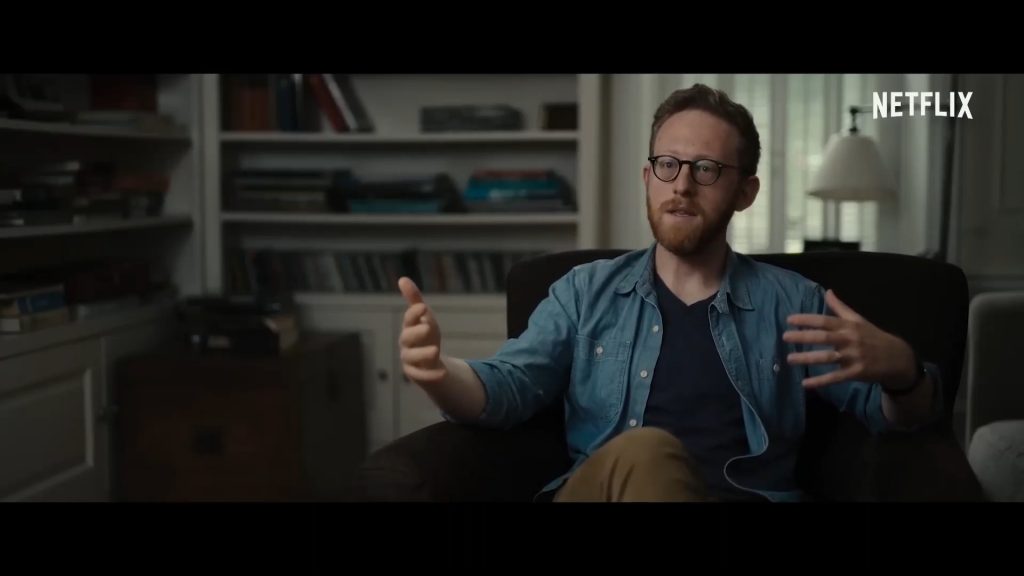 As a geeky kid who found it difficult to make friends, gaming was my lifeline. So it’s always been frustrating to see game culture portrayed as an incel-adjacent world of young men with toxic anger issues. It’s like assuming everyone who ever got behind the wheel of a car is a bloviating petrolhead in the Jeremy Clarkson mould. Or that you can’t go to a football match without being a wannabe hooligan itching to hurl bricks at the away supporters’ bus.

Still, nobody could deny video gaming has its issues. And the ugly side of the hobby is laid horrifically bare in the fascinating first episode of Netflix documentary Web Of Make Believe: Death, Lies and the Internet.

This gripping and pacy new series is co-produced by Ron Howard, who deserves a special place in TV history as the deliciously wry narrator of Arrested Development – but who will also be forever infamous for coaxing that “Irish accent” from Tom Cruise in Far and Away (Cruise telling Nicole Kidman “yer a corker” is still burned into my cortex).

But it’s the murky side of gaming that is under the microscope in the devastating first instalment, which chronicles the practice of “SWATing” – making hoax calls to the emergency services. We are introduced to Tyler Barriss, a fan of the first-person shooter game Halo for whom online games became a gateway to a dark universe of professional trolling.

Barriss got his jollies by dialling in bomb threats to schools. Yet his true passion was SWATing, which involved calling 911 and claiming that he was being held captive at a particular location or that he had just killed someone.

Typically, he would provide the address of a person who had irked him during a gaming session – though later, he became a sort of SWATing concierge, arranging hoax calls to order (usually for around $50). Twenty minutes on, a heavily-armed police unit would kick down the door and yell at everyone to lie on the floor.

Given the trigger-happy nature of US policing, this was only ever going to end one way. And so it did in 2017, when cops in Wichita shot dead an innocent man, Andrew Finch. Barriss had SWATed Finch’s house after being dared to do so by a Call of Duty player (the player had out-trolled the troll by claiming that he lived at Finch’s address).

Barriss was quick to point out that he wasn’t the one to pull the trigger. And, in addition to revealing the shadowy underbelly of gaming, this film was an indictment of the militarisation of law enforcement across the United States (fatal police shootings in Wichita are 10 times the national average).

Tyler Barriss was sentenced to 20 years for involuntary manslaughter. However, the officer accused of pulling the trigger was never charged. And so a documentary that had started as an criticism of the gaming community swerved into a damning profile of policing in the United States.

But the real lesson was that, if the web has transformed our lives for the better in many ways, it has also put a loaded weapon in the hands of dangerous individuals. As a family friend of Andrew Finch says, “The internet… all it did was bring two idiots together. When technology is used by idiots it creates chaos and disaster”.