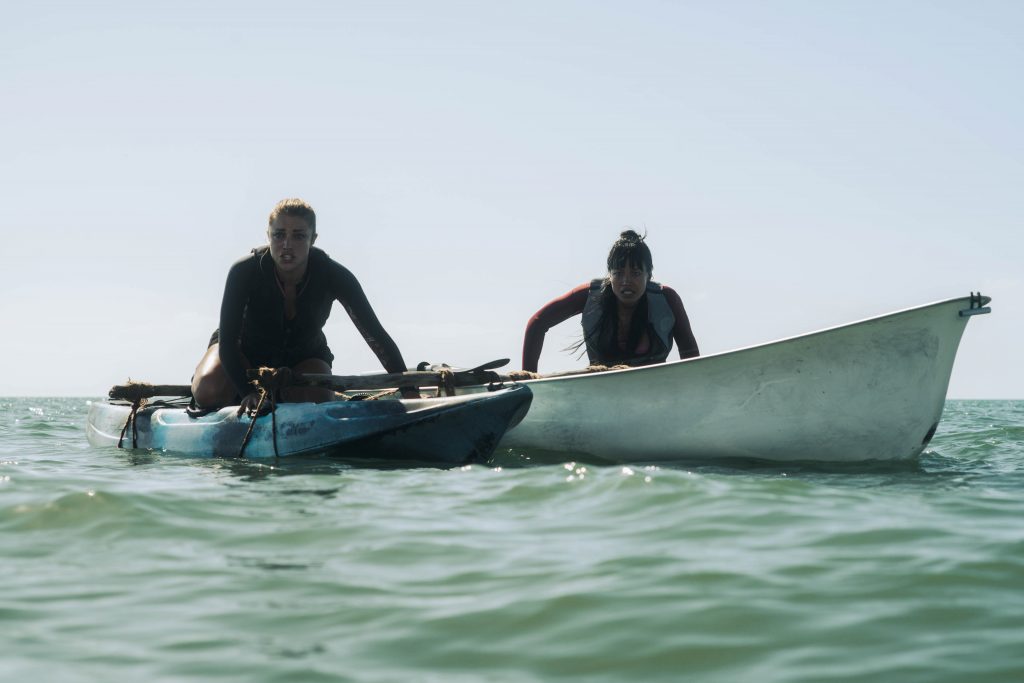 Director Andrew Traucki’s sequel to his own 2010 feature The Reef features a whole new cast of Australian characters battling a hefty shark near the Great Barrier Reef, but it’s essentially the same idea. Only this time round, the nearly entirely female cast features two sisters and two of their friends on a kayaking excursion that goes wrong but not through any fault of their own. Indeed, in a break with the traditional blame-the-humans strategy of these sort of when-animals-attack stories, the landlubbers aren’t being punished by the universe for hubris, or a failure to heed the warnings or some such.

That said, the past does shape the story: main protagonist Nic (Teressa Liane) was traumatised nine months earlier when her other sister was murdered by an abusive partner, drowned in her own bathtub. Nic found her body and ever since she’s been (perhaps a bit irrationally) afraid of water and keeps having super-swiftly-edited flashbacks where she imagines she is being drowned herself.

It’s a device that Traucki keeps using to denote Nic’s panic, but also imply that the shark is a kind of metaphor for abusive men, hence the word “stalked” in the title. PTSD freezes Nic in her kayak at a crucial moment, compelling her little sister Annie (Saskia Archer) to step up when one of their friends gets picked off by a “man in the grey” – surfer slang for sharks, we are helpfully informed. Stakes are raised further by blissfully unaware cute kids playing on the shoreline, on whose behalf the women must paddle like billy-o to save from a chomping.

Traucki manipulates the suspense competently enough, but this film mostly depends on tedious jump-scares for its effect, and has a few too many scenes where someone looks around in terror at the water with a worried expression. The tense music is hackneyed and consequently about as biting as a minnow nip.