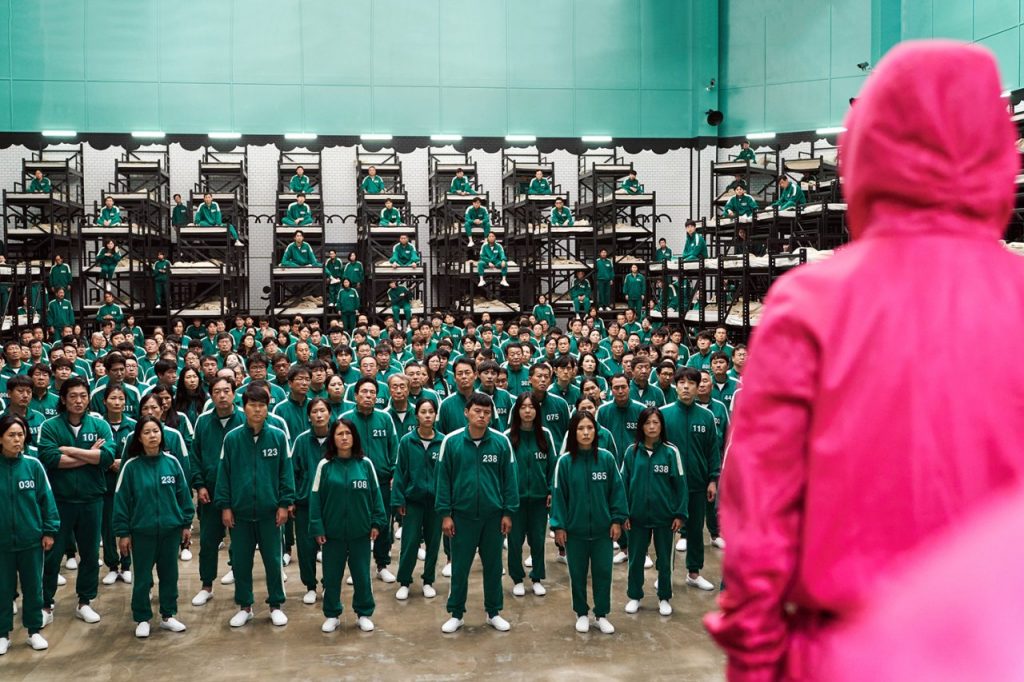 Now imagine listen to that calming jazz melody, sipping some wine, and watching more than 400 people getting murdered playing some kid’s games.

A brand new Netflix Korean thriller. This is kinda like Korean version of Alice in Borderland. However, the twist to the familiar premise was amazing. Most of the games were incredibly nerve-racking. The first and fourth games were for sure my favorite. They made me grabbing my pillow, while showing cruel ways desperate people resorted to do to save themselves. Because of this, whenever the game started, I became excited and more thrilled.

However, the characters were for the most part generic and categorical. Honestly I didn’t care much for them, and just wanted the games to start. However, some of them actually had some sad stories, like the two girls in game number four. Then, near the end there’s these English-speaking VIPs that were annoying as heck mostly because of the unnatural way they talked. I’m not sure why they had to speak like they are the final bosses. There’s also a subplot about a cop, which didn’t pay off well enough at the end.

Overall, despite the straightforward characters, I still had an amazing time with this show. Pretty sure season 2 will be made because not everything was resolved. 8/10.