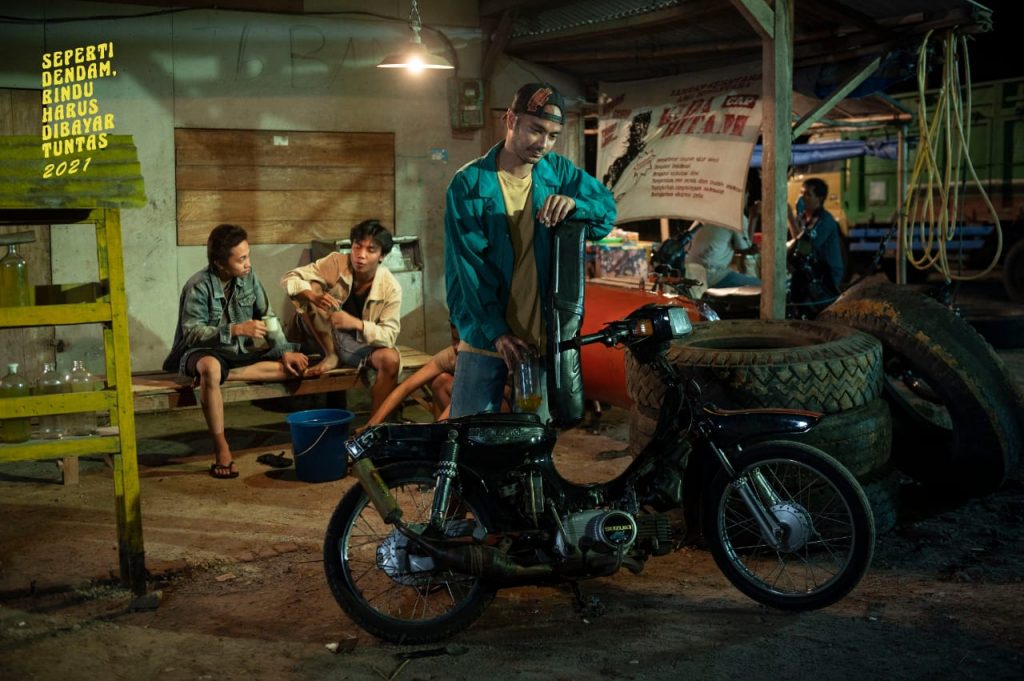 Vengeance Is Mine, All Others Pay Cash [+], set in 1989, is a fight-filled oddity that somehow made it all the way to the Locarno Film Festival’s main competition, and which sticks to its retro guns, at the same time updating some tropes to fit in with more “woke” times. At least that’s according to its director, Indonesia’s own Edwin, easily delivering our favourite statement this year: “Why do we waste time obsessing over impotence, while violence still keeps occurring all around us? We need to chill on the macho culture.” That’s right.

Then again, impotence is very much on Ajo Kawir’s (Marthino Lio) mind. He’s a local troublemaker with a murky past who is always ready to smash someone’s face in, usually for no reason at all because, apparently, “only a man who can’t get it up can face death without fear”. Given Edwin’s anti-macho ambitions, it’s almost ironic how often Ajo’s predicament is actually discussed, and frankly, there are only so many mentions of dicks getting hard, or not, that one can take in a single sitting. Luckily, soon he meets a lady who doesn’t seem to care about it that much (Ladya Cheryl with a perm, probably the film’s biggest highlight), and they decide to marry, but the happiness can only last so long.

This central romance blossoming here is probably the most fun to watch, mostly because Cheryl’s Iteung is a fighter as well, and a very good one at that. Which Ajo doesn’t really see coming at first, arriving to settle a small-time score and running into her as a bodyguard. Needless to say, there is something very satisfying about hearing a guy, any guy, say that he doesn’t “deal with women”, only to have his ass kicked, and then do his best to reciprocate, as in Edwin’s twisted world, a meet-cute is something that happens when you beat a potential love interest to a pulp. He gifts her a freshly severed ear, too, clearly in accordance with the rules of the van Gogh school of seduction.

Despite the good moments, and there are quite a few, the final result (based on a novel by the Booker Prize-nominated Eka Kurniawan, invited over for screenwriting duties) is still very uneven, going from funny to dark to just weird, as if the editing couldn’t keep up with the ongoing brainstorming session. Not all of it is in good taste, either, and Edwin seems determined to deliver a more complex approach to trauma, especially of a sexual nature – a bit of a surprise, given that his film starts off like Fast & Furious: The Moped Edition. Stuck between a parody and a new, deeper take on the kind of stories that Tarantino spent half of his life bingeing on, Vengeance Is Mine, All Others Pay Cash never truly delivers. But it does leave one hoping that no one will obsess over impotence ever again, at least for a while, so it’s a job well done.